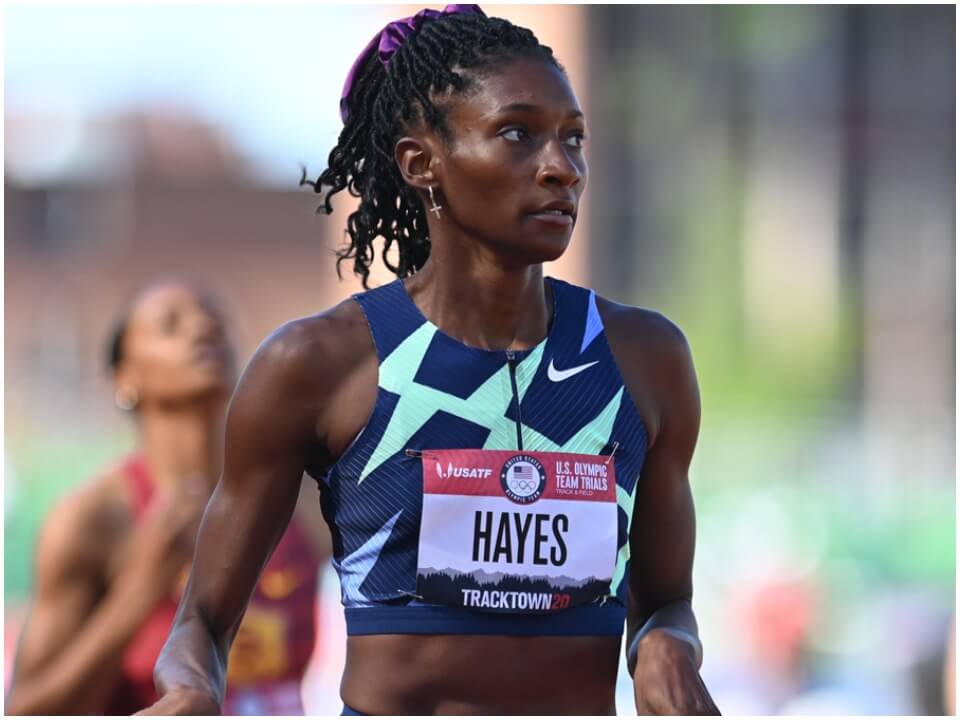 Quanera Hayes is a passionate sprinter from the United States who is still young blood in the scene despite being a mom. She is a 400-meter distance runner who is known for her speed throughout her college career. She is well-known for her competitive spirit and dedication, which can be witnessed during the race. Hayes would be competing in two events in order to grab a gold medal in those events at Tokyo Olympics 2020.

Quanera Hayes was born on March 7, 1992, in the small North Carolina town of Hope Mills. She attended Livingstone College in Salisbury, North Carolina. She had always been a talented athlete, even in her childhood.

Quanera Hayes’ professional career began in middle school when a coach recognized her sprinting potential and urged her to join the squad. Following that, she received a scholarship to Livingstone College, an NCAA Division II HBCU in Salisbury, where she became the school’s first female NCAA champion during her redshirt sophomore year. She went on to become the first woman from a Division II institution to win three consecutive NCAA outdoor 400m championships.

Hayes finished fifth in the USA Track & Field Championships in 51.27 just two months after graduating from Livingstone. She was the only unsponsored runner in the final, won by Allyson Felix, who also ran the 400m in Tokyo and has nine medals, six of which are gold.  Hayes beat Felix to qualify for the US Olympic Team Trials in Eugene, Oregon, on June 20. A personal-best (and later world-leading) 49.72 won the 2017 USATF title for Hayes. The Bahamas’ Chris Brown Invitational saw Hayes qualify for the US Olympic Trials and sign with Nike after going sub-50 with a 49.91, second only to Shaunae Miller, who won gold in Rio.

Pre-trial bone marrow transplants were required due to repeated stress fractures. Yet Hayes made the final and placed ninth. In 2017, she won a USATF 400m title in 49.72, which was the season’s fastest time. Hayes, Felix, Wimbley, and Francis won the 4x400m relay at the IAAF World Championships in London two months later by the largest margin ever. Quanera has qualified for the Tokyo Olympics in the 400m and 4x400m relay. She qualified for the 400m semifinals after finishing second in her heat on Monday. Her timing of 49.81 in the semi-finals on Wednesday qualified her for the finals.

Quanera Hayes is actively active on Instagram, where she has 16.8K followers and 1,387 followings after posting 334 times under the profile @pretty quinn1908. She primarily used Instagram to share her day-to-day recollections as well as some of her greatest accomplishments.

Hayes is married and has a 2-year-old boy named Demetrius. She is delighted to have him as a companion. According to reliable sources, they used to spend a significant amount of time together. Her son and she are extremely essential to each other in their lives. She is really attached to her son because it would be quite difficult for her to stay away from her son especially in oversees events.

Currently, Quanera has a total net worth of 1.5 million dollars, which she has accumulated through her dedication and hard work as a professional sprinter. She used to set aside a lot of time for herself to work on herself and achieve her goals.