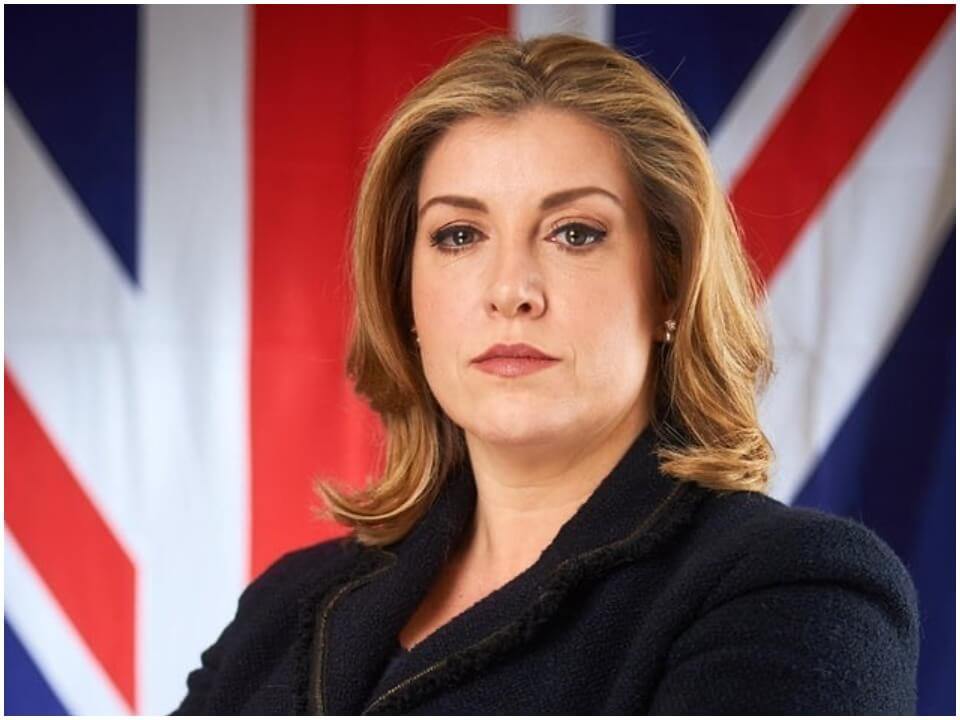 Penny Mordaunt is a successful British Conservative Party politician who is currently serving as a Member of Parliament. After the controversial resignation of current British Prime Minister Boris Johnson, Penny is one of the frontrunners whom we might see as the next PM. She has been serving for Portsmouth North since 2010 and she has been serving as a Paymaster General since February 2020. She is preceded by Oliver Dowden under Prime Minister Boris Johnson.

Penny Mordaunt was born as Penelope Mary Mordaunt on March 4, 1973. She was born to her father John Mordaunt and her mother Jennifer in Torquay, Devon in the United Kingdom. She has two brothers called James, who is her twin brother, and a younger brother Edward. Her mother is the relative of the first Labor Chancellor of the Exchequer, Philip Snowden. Penny as a student attended Oaklands Roman Catholic School Academy located in Waterloo Ville, Hampshire. She then attended studied drama at the Victory land Theatre School. Later, Penny read Philosophy at the University of Reading from where she graduated in 1995.

Penny was selected as a Conservative Candidate of Portsmouth North in November 2003. In January 2006, Penny was re-elected at the 2010 general election after which she was re-elected at the 2015 and 2017 general elections. After her elections, she became a member of the Public Bill Committee for the Defense Reform Act 2014. On November 9, 2017, she was appointed as the Secretary of state for International Development after Priti Patel resigned from her seat. In 2018, Penny became Minister for Women and Equalities where she replaced Amber Rudd who had resigned due to the Windrush Scandal.

After which on May 1, 2019, Penny was appointed as the first Defense Secretary due to the dismissal of Gavin Williamson. Penny left the Government on July 24, 2019, after Boris Johnson was elected as a Prime Minister. She re-joined the Government in February 2020, where she joined as the Paymaster General at the Cabinet Office succeeding Oliver Dowden. Penny served as the UK alternate co-chair of the EU Withdrawal Agreement Joint Committee. Currently, Penny is the only female MP who is a Royal Naval Reservist.

Penny is a woman who is currently single. Penny met Paul Murray in 1999, while they were students at Reading University. After their relationship, the couple got married but ended their marriage with a divorce a year later. A few years later, Penny started dating Ian Lyon, who is a classical singer. They were in a long-term relationship but due to some reason, they are not together anymore.

As a politician and the MP, Penny earns an estimated net worth of $5 million through her job in the Government. Now as she is serving as Paymaster general, her net worth is expected to increase. She has experience as a politician for more than 15 years which helps her to make better and wise decisions.