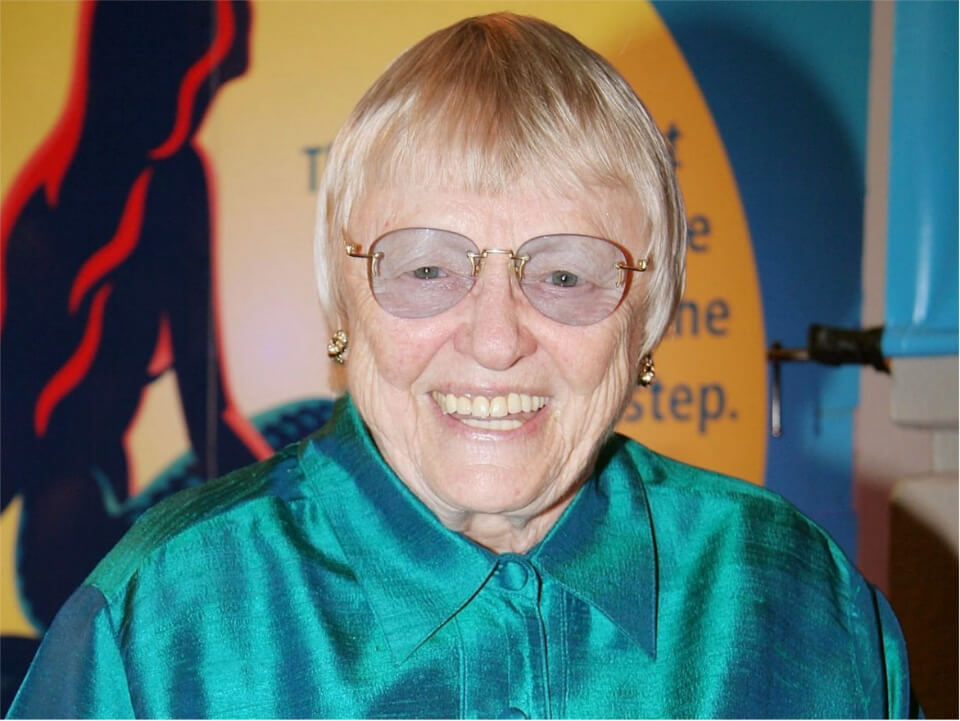 Pat Carroll was a brilliant American actor and comedian. She is known for having a very long career in the industry. Her most famous works include the one-woman show on Gertrude Stein and her voiceover as Ursula in The Little Mermaid. On July 30, 2022, the industry mourned the news of her demise. The amount of amazing work she did in her career will be remembered in the coming decades.

Pat Carroll was born on May 5, 1927, in Shreveport, Louisiana, in a Roman Catholic family, to Maurice Clifton Carroll and Kathryn Angela — her father and mother respectively. She, along with her family, later moved to Los Angeles where she began her acting career by working for local productions. It is known that she went to the all-girls Catholic school, Immaculate Heart High School. She then attended Immaculate College in Los Angeles and also the Catholic University of America, Washington D.C. Any other information about her education is not accessible.

She started acting in 1947 with the stage play “The Goose and the Gander” and it opened doors for her for other roles. She got her first role in the film, Hometown Girl just a year after her stage debut, in 1948. Soon, she started getting regular roles in shows like Make Room for Daddy (1961-1964).  In 1956, she appeared in the American sketch comedy series, Caesar’s Hour as Howard Morris’ wife and received appreciation from critics. She also played the role of a wicked step-sister, Prunella in Rodgers and Hammerstein’s Cinderella in 1965. The last movie she appeared in was 2014’s BFFs in which she played the role of Joan and the last play she was a part of, was Our Town (2002). The list of TV series and stage plays she was a part of is very lengthy.

She made her name in the industry with her versatility and experience. Besides her acting career, she has also worked as a voice-over artist. She gave her voice to Granny in My Neighbor Totoro in 1988. Her voice as Ursula and Morgan became very famous in The Little Mermaid(1989). She even sang Poor Unfortunate Souls while playing the sea witch Ursula and also did her voice-over for Mickey’s Magical Christmas: Snowed in at the House of Mouse, Mickey’s House of Villains, and The Wonderful World of Mickey Mouse. Pat was truly a workaholic and multi-talented. She went on to direct a musical version of “Alice in Wonderland” and other plays.

Pat Carroll got married to the manager and talent agent Lee Karsian in 1955 but ended their marriage later in 1976. Lee died in Clark County, Nevada in 1991. They had three children together. The son – the late Sean Karsian and two daughters, Tara and Kerry. Tara is a famous American actress and author while Kerry is a casting director. At the age of 95, Pat died while recovering from Pneumonia and is buried in Cape Cod, Massachusetts.

Working for 73 years, Pat Carroll gained love, attention, respect, and a lot of wealth. Her work established her to maintain a good lifestyle for herself and her family. It is estimated that her net worth from acting and dubbing is $1.5 million.