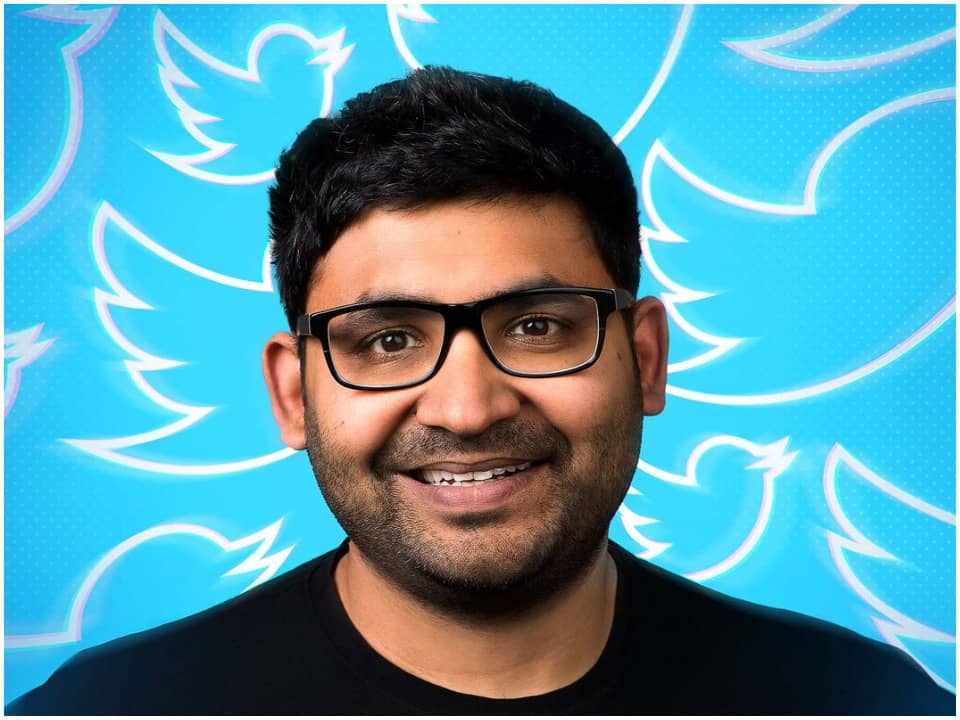 Parag Agrawal is an Indian-American personality who was a technology executive and is now the chief executive officer of Twitter. Parag joined Twitter with the designation of a software engineer in 2011 and later he became the chief technology officer in 2017. On 29th November 2021, Jack Dorsey announced that he would be resigning from the position of CEO of Twitter and Agarwal would be replacing him, with immediate effect. On 27th October 2022, Elon Musk tweeted about Parag’s termination as the CEO designation after finishing the complete acquisition of Twitter.

Parag Agrawal was born on 21st May 1984 in Mumbai, Maharashtra, India into a moderate family and spent his childhood in Khargar. His father was a government officer and his mother was a retired teacher. His father used to work as a senior official for the Indian Department of Atomic Energy. Agarwal pursued his education in Atomic Energy Central School No. 4 where his classmate was Shreya Ghosal. He won the gold medal in 2001 in an International Physics Olympiad that was held in Turkey. Thereafter, he received a degree from the Indian Institute of Technology Bombay in 2005. Later, he moved to the United States to pursue his Ph.D. in computer science at Stanford University.

In October 2017, Twitter made it public that Parag would be joining the organization as chief technology officer (CTO) following the departure of former CTO, Adam Massinger. Agarwal joined the network in 2011 as a distinguished software engineer. Before joining Twitter with this position, Parag was appointed to the leadership position at Microsoft Research and Yahoo! Research. According to Parag’s Twitter leadership page, he is responsible for Twitter’s technology strategy and overseeing machine learning. His work was limited to AI across the consumers, revenue and science teams. In December 2019, Twitter CEO mentioned that Agarwal would be joining the team in charge of Project Bluesky.

It was like an independent team of open sources that would develop an open and decentralized standard of social media with controlled abusive and misleading information on the platform. On 29th November 2021, Twitter CEO Jack Dorsey announced that he would be resigning from Twitter and would appoint Agarwal as the new CEO of the company. following the announcement, Agarwal was caught by the criticism conversation over Twitter where he tweeted in 2010 saying that “If they are not gonna make a distinction between Muslims and extremists, then why should I distinguish between white people and racists”. The tweet was made in concern with Asif Mandvi during a story on “The Daily Show”.

Parag Agrawal is married to Vineeta Agarwal who is working as the general partner at Andreessen Horowitz. Andreessen Horowitz is the venture capital firm that led to investments in biological companies, digital health, and therapeutics and diagnostics companies. Parag Agrawal is recently been announced as the CEO of Twitter after Jack Dorsey stepped down from his position as CEO.  Jack’s decision of leaving the company shocked the people being interested in the venture or connected with it for a long time. People are now interested in knowing the replacement of the CEO.

Parag Agrawal is married to Vineeta Agarwal with whom he shares a son. Even though Vineeta has not given her reviews over the new position of her husband, she is gaining a lot of attention after her husband was announced to be the new CEO of the biggest social media platform, Twitter. According to TOI, Vineeta Agarwal is working as a venture capital investor. She is having a Twitter account that describes herself to be a physician and adjunct clinical professor at Standford Medicine.

She possesses to have more than 12,000 followers on Twitter where she often shares the posts of her field of interest. Vineeta is often seen posting pictures of her son and husband. She is yet to post anything related to her husband’s new position on Twitter. However, Parag has recently posted a long thank note to Jack and the team of Twitter to accept him as the new CEO and give him the opportunity.

Parag Agarwal belongs to India and has origin in America since his teens’ age when he started studying in college. He received around $12.5 million in stock along with $1 million annually compensation for his duty as CEO. As per the reports, he is liable for the compensation of $50 million after being fired as the CEO of Twitter.