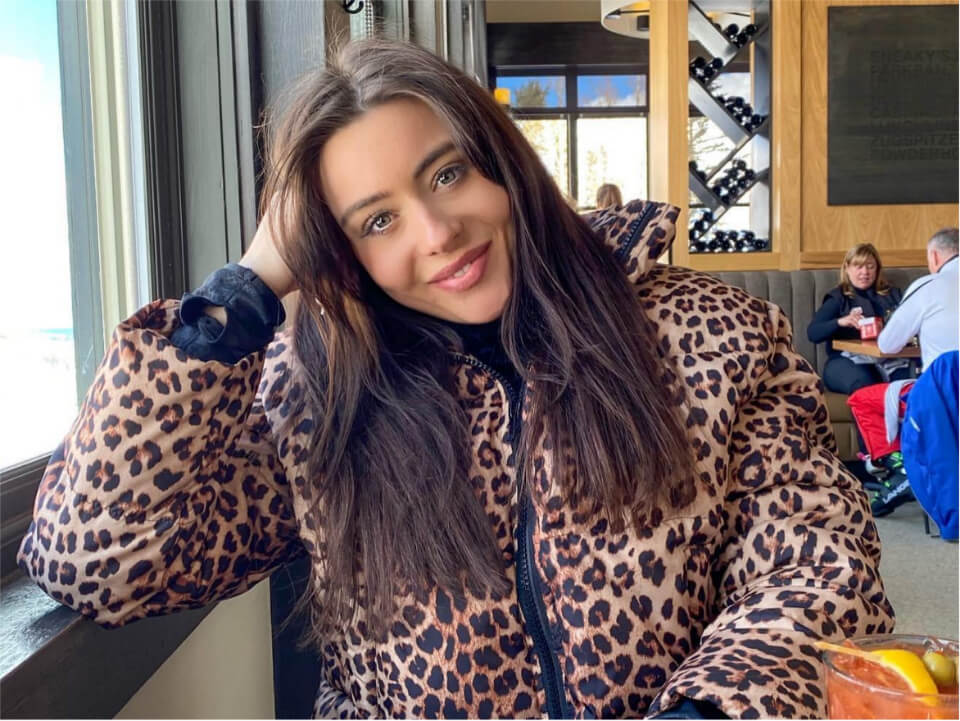 Nicole Rigoni is a young and energetic sports reporter who also remained an athlete during her college studies. She is known as the 2017 Women’s Volleyball Roster. Her work experience includes – Sales and Marketing, Communication, and Finance. Initially, she began her career as an athlete and later changed her direction from being an athlete to a reporter.

Nicole Rigoni was born on 19th February 1996 in Portland, Oregon. Her father’s name is Arnie Rigoni; he played football at Montana University while her mother’s name is Wendy Rigoni; she played volleyball for the Lady Griz.

She has two older brothers named Torin and Brandon. Her brother, Brandon Rigoni, is a soccer player at Concordia Irvine. Presently, both of her brothers are married and have a family.

Nicole went to Southridge High School, Beaverton, OR, and graduated in 2014. For Higher Education, she went to Washington State University in 2015. Later, she earned a bachelor’s degree in communication and marketing in 2018.

Nicole Rigoni is also known as a significant college volleyball player. She wears a # 8 Jersey and played on one volleyball Varsity team as a Sophomore (2011-12) covered by MaxPreps. She participated in three sets played with Assists per set of 2.7 and 2 kills with eight digs as well as 8 Assists.

Nicole earned the Oregonian all-state first team in her senior year and was honored with the Metro League Player of the Year. She also earned an invitation to train with USA Volleyball. In 2013, she was a High-Performance Team Red and played for Oregon Juniors and Adidas Northwest Club Teams.

At Eastern Washington University, she played in 27 of 29 matches with ten starts, and a total of 99 sets played. She is second on the team in assists with 451, with most of the season part of a 6-2 offence. Later, she was the third-best on the team with 16 aces and 119 digs. She also served a career-high four aces at Idaho and played on the Big Sky All-Academic team as a Sophomore(2015). She started all 28 of EWU’s matches season in which her career-high 60 assists at North Dakota and career-high 18 digs at Portland.

Her season stats include 20 service aces and 220 digs (2.14 digs per set), and team-best seven double-doubles, six of which came during Big Sky play. In January 2016, she transferred to WSU. She practiced and played with the WSU team during the Spring of 2016 as a JUNIOR.

She was in WSU’s 6-2 scheme season with four-year starter Haley MacDonald and recorded 4.95 assists per set, career-high 13 digs, and 29 assists at Baylor. Nicole served three aces in a 3-1 win over UC Irvine. She had 24 assists, two aces, and four digs in a 3-1 win over Wyoming. She had a career-high 31 assists in an NCAA First-Round win over Marquette.

Nicole Rigoni is a hardworking and talented woman who began working as Sales Assistant at Cascade Marketing Insurance, Lake Oswego, Oregon, United States, in Aug 2014. She left in Nov 2016. Meanwhile, she began working as an Event Planner and Floral Design Intern at Heirbloom Floral in Portland, Oregon, Area. She worked there from June 2016 – Jun 2017. In June 2018, she joined KHQ-TV as a Sports Broadcasting Intern. Later, she left in Aug 2018.

Nicole also worked as an Assistant Varsity Volleyball Coach at Mountainside High School, Beaverton, Oregon, and left in Nov 2018. After that, she worked at Kent Juniors Volleyball Club, Kent, Washington, as a Head Volleyball Coach from Dec 2018 – Jul 2019.

Nicole also worked in the marketing and sales department at Express Employment International, Staffing and Recruiting, Oklahoma City. Since 2018, she has worked with Pac-12 Networks, Media Production as an Analyst/Sideline Reporter. In November 2020, she worked as a Sales Rep and Account Manager at Millennium Health.

Nicole Rigoni is not a married woman. She likes to spend her free time with friends and co-workers. As of 2022, she is 26 years old and making her professional career. Nicole is active on social media platforms such as YouTube, Instagram, LinkedIn, Twitter, and Facebook.