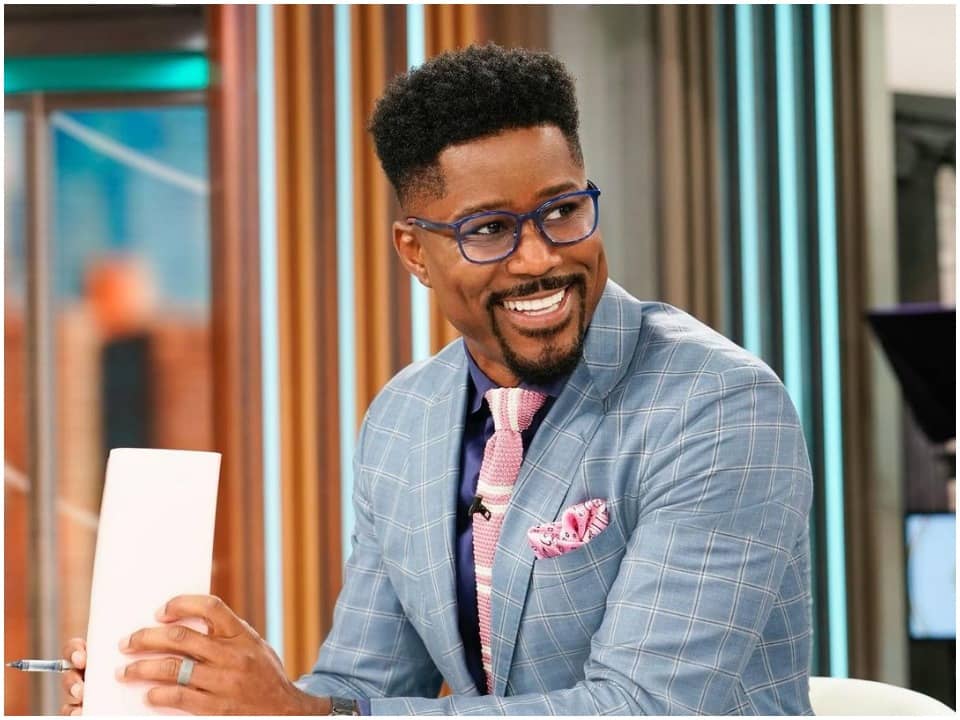 Nate Burleson is a Canada-based television host who has started working as an American football commentator after a brief career as a wide receiver. He used to play college football for Nevada Wolf Pack and also represented the Seattle Seahawks and Detroit Lions in NFL. Currently, Burleson is working at ViacomCBS and is co-hosting the show named CBS Mornings, covering the football for CBS on the show “The NFL Today” program. Previously, he used to co-host the program being telecasted on NFL Network by the name “Good Morning Football” along with the New York-based correspondent for the “Entertainment News Program Extra”. He has also worked in various rap songs under the name “New Balance”.

Nate Burleson was born on 19th August 1981 in Calgary, Alberta. His father named Alvin Al Burleson was one of the best-known defensive back players who used to play for Calgary Stampeders of CFL (Canadian Football League). In 1983, Burleson’s father signed a contract with Los Angeles Express for USFL (United States Football League). The contract made the whole family move from Canada to the United States. However, Burleson still shows his connection with Canadian heritage. He is being tattooed with the maple leaf and has also expressed his interest in playing for Canada.

Nate Burleson’s father Alvin Burleson met an injury that led to the end of his playing career. Later, he moved with his whole family to his hometown in Seattle, Washington, the United States where he started working as Associated Grocers. In Seattle, Nate Burleson continued with his studies and went to Rainier View Elementary School. Later, he attended Lindbergh High School and then got transferred to O’Dea High School in Seattle from where he did his graduation. He was named Seattle Times City Athlete of the Year while playing as a senior.

After he ended his playing career in 2014, Burleson started working as an analyst for the NFL Network. In 2015, he was announced to be the color commentator of the Detroit Lions preseason broadcast team. In 2016, he was appointed as the co-host of “Good Morning Football” that was debuted on the NFL Network along with other members being named Kyle Brandt, Peter Schrager, and Kay Adams.

Burleson joined the CBS team as a studio analyst for “The NFL Today” while being the co-host of the program “Good Morning Football”. In 2021, he was honored with his first “Sports Emmy Awards” for being an outstanding studio analyst. By August 2021, CBS named Burleson as the co-anchor for the program “CBS Morning”.

After retiring from football in 2014, Burleson started working as an analyst for television networks like NFL and then with CBS. The former NFL wide receiver got married to Atoya, 43, a podcast host. Currently, Atoya is working as a co-host and CEO for Inside Lines Podcast. The couple met a long time ago in college and later got married to each other in March 2003. Since then they have been together and living a happy married life. They together have two sons and a daughter. They together have been seen on various sports events and programs.

When Nate Burleson used to be an NFL wide receiver, his reported annual income was nearly $12 million (according to Wealthy Persons). Before taking the role of co-anchor for CBS Morning, he was already earning a net income of around $2,752,880. He was getting around $11,500 per day. He has also worked as a host for NFL Network’s shows Good Morning Football for five years. Previous to this role, he was hired as a New York correspondent. It is still under review that how much he used to earn from his CBS anchoring shows.