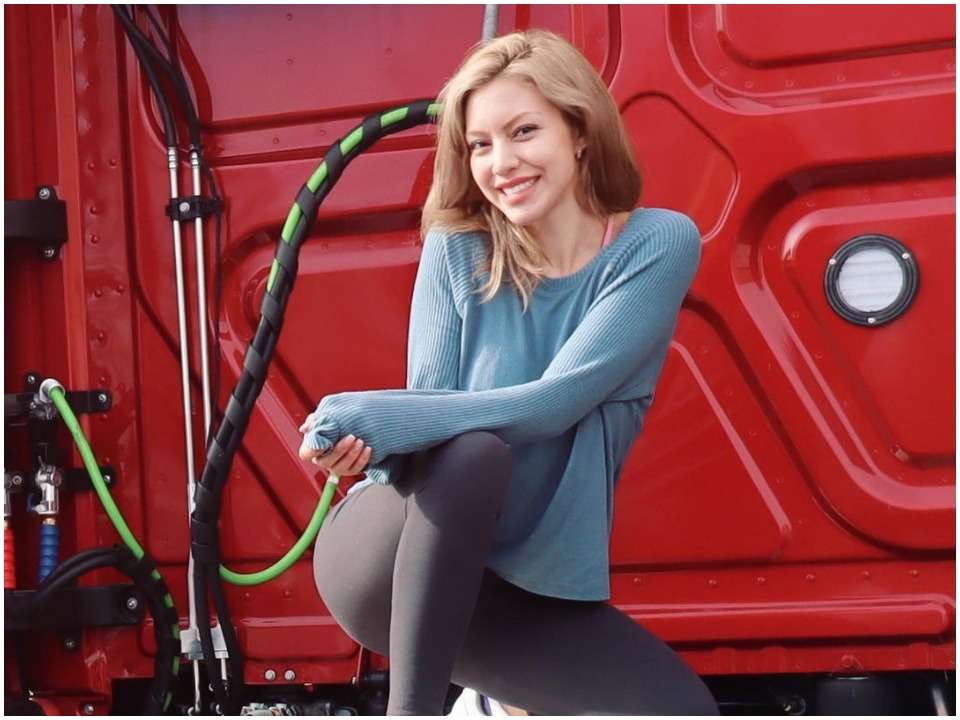 Natasha Trucking famous as a truck driving lady is a beautiful and attractive Hawaiian Youtuber. Natasha Byram is a Truck driver who makes vlogs of her daily life and posts them on YouTube. Currently, she is appearing in the 9th season of Shipping Wars and due to this, she is making the headlines of media.

Natasha Trucking was born in 1993 in the Western United States – Hawaii however her exact date of birth is still not known. Natasha was born to her mother Fu-Ling Hitt and was raised with her brother Abe Schneider. She likes to keep her personal life details away from the eyes of people and thus never shared anything about her father or past life. Natasha has never revealed anything about her education and qualification but she seems to be an educated girl.

She started making some random videos to post to youtube when she was just 16 years old. She made a video while driving a truck and people became more curious about her and asked her to make more videos since then, she decided to make a youtube channel and make some truck driving vlogs. Natasha started driving and making vlogs in 2019, she shared about the daily life of a trucker and the challenges faced by her as a truck driver. She bought a new truck on 22nd Nov 2020 and she gave a tour of her new Freightliner Cascadia to the viewers. Natasha even got featured in the 9th season of Shipping wars which is a reality TV show aired on A&E TV. She was given the task of hauling a 1600 Foot Antenna and surprisingly Natasha did it very easily taking the help of Henry Strick.

Natasha is present on some social media platforms to connect with her fans. She is available on Instagram under the username @natashatrucking though her account is not yet verified and she has 6k followers. She has her own YouTube channel named Natasha Trucking on which she has uploaded 74 videos up till now and has 15.3k subscribers. Natasha doesn’t use Twitter and Facebook.

She is married to the love of her life through her husband’s name is yet to be revealed. Natasha is seen with her husband in her vlogs and social media posts. Natasha and her husband were in a long-term relationship before getting married. She doesn’t have any kids with her husband as of now.

Natasha is driving a Truck and making vlogs for more than two years. She has become a Truck driver, an owner, and an operator on her own. Natasha earns a decent amount of money from her truck business and her youtube channel but there is no revelation of her net worth yet.