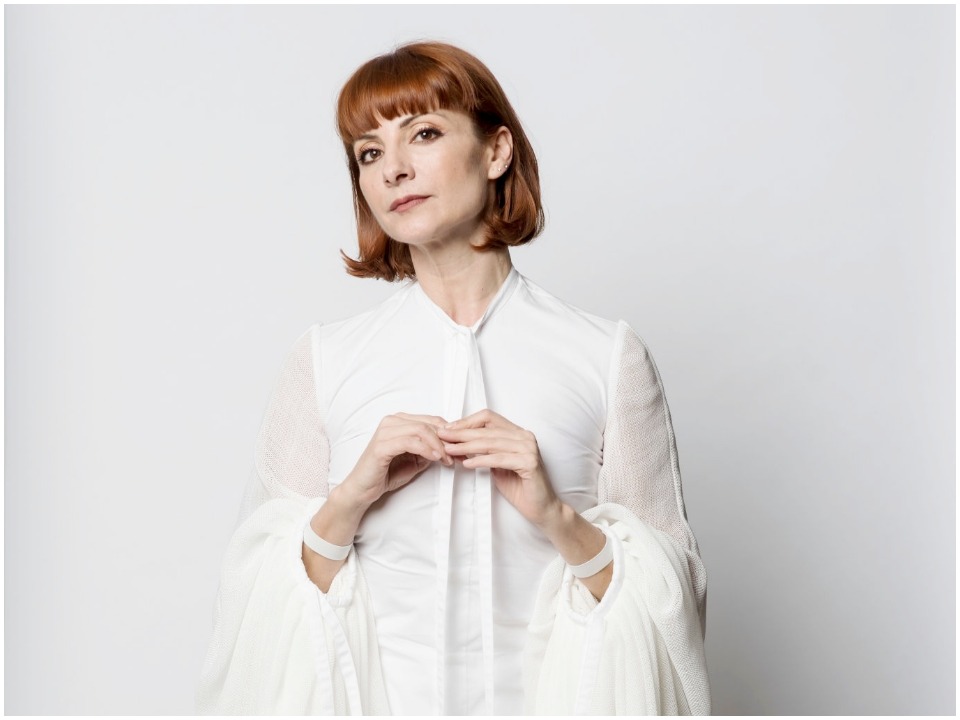 Najwa Nimri is a Spanish Actress and Singer and is popularly known for her role in Money Heist, 20 Centimetros, Route Irish, and more projects. She has won many awards at Angers European First Film Festival, Fotogramas de Plata, Malaga Spanish Film Festival, Ondas Awards, Yoga Awards, and many more. Currently, she is filming for a TV series project named Sagrada Familia.

Najwa Nimri was born on 14th February 1972 in Pamplona, Spain. The name of her father is Karam Nimri and the details about her mother have not been shared with the media. She has a brother whose name is Karim Nimri and half-siblings whose names are Andre Nimri, Sara, and Nadia Nimri. At a young age, she showed interest in acting and singing. Najwa went to Laboratorio de Teatro William Layton and has not shared details about her education. She has completed her high school studies. By looking at her career she seems to be trained as a singer and an actress.

In 1995 she starred in a film named Salto al Vacio as Alex. From 1996- 2010 she worked in many films titled as Pasajes, Abre los ojos, Blinded, Los amantes del circulo polar,  The Citizen, Guerreros, Asfalto, Fausto 5.0, Antes que anochezca, A+, Utopia, Route Irish, Oviedo Express, Agents Secrets  and many more. Along with working in films she also released many songs. The title of the songs are I’m gonna be, Crime, That Cyclone, Push it, Go cain, and many more. She also released many solo albums titled Carefully, Mayday, Walkabout, Donde Rugen Los Volcanes, Rat Race, AMA Viene de Largo.

From 2011- 2021 she worked in many films and TV series. Her most prominent role which gave her international recognition and fan following came as the badass cop Alicia Sierra in Money Heist. Apart from that, she also worked on other projects which such as Verbo, The wine of Summer, 10.000 noches en Ninguna Parte, La Octava dimension, El Arbol de la Sangre, Vis a vis, Vis a vis: El Oasis and Insiders.

Najwa was married to Daniel Calparsoro for five years. Her ex-husband is a screenwriter and they got married in 1995 at a private wedding ceremony. The details about her current relationships have been kept private and away from the limelight. She has a son whose name is Teo Nabil. Teo was born on 30th June 2004 and the details about his father have been kept private.

Najwa Nimri has earned a lot in her career by working as an actress and single. She has worked on a variety of projects in the entertainment industry and has won several awards as well. According to sources her net worth has been estimated at around $3 million.