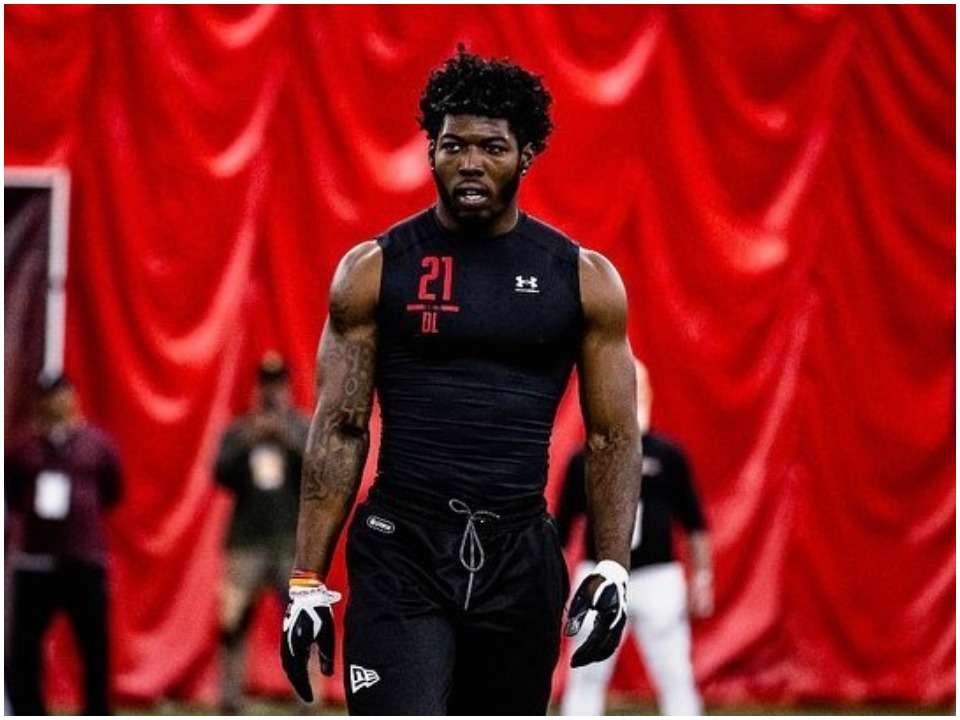 Myjai Sanders is an American personality who is a footballer by profession and plays as an outside linebacker for the Arizona Cardinals of the NFL. He was committed to playing college football at Cincinnati and was selected by the Cardinals in the third round of the NFL Draft in April 2022.

Myjai Sanders was born on 12th July 1998, making him 24 years old as of 2022. He was brought up in Jacksonville, Florida, where he went to William M. Raines High School and later transferred to Camden County High School in Kingsland, Georgia before his junior years. He earned the honor of being called on the Coastal Georgia All-Area team by The Brunswick News after he made a record of 39 tackles, three sacks, and seven quarterback hurries. He showed his interest to play for Cincinnati over other proposals from Washington State, UCF, Ole Miss, and Mississippi State.

During his senior season after he made his appearance at Camden County HS under the guidance of the coach Bob Sphire, he was given the composite three-star recruit. He was ranked among the top 75 defensive ends in the 2018 season by ESPN.com. Later, he earned a place on the All-Region 1-7A First Team at DL and was named to the Brunswick News’ Coastal Georgia All-Area Football Team at OLB. During the 2021 season, he had 39 tackles, 3 sacks, and 7 quarterback hurries and had a touchdown return against Tift.  He played for two years at Raines HS in Jacksonville, Florida under the guidance of the coach Deran Wiley and received the honor of an All-Gateway Conference selection in 2016.

Sanders made a record of 40 tackles, 5 TFL, and 3 sacks in just 9 games in his junior years. He chose to play for UC rather than having been committed to any other college team. Myjai was being offered 20 reported offers or proposals from different college teams including UCF, USF, and Kentucky. He was one of the fewer true freshman players who played for the Bearcats in 2018. Sanders has earned various titles, rewards, and awards including First-Team All-AAC honors for the second-straight season, PFF’s All-AAC First Team, and Reese’s Senior Bowl invite. He fought through double-team and produced 34 tackles, 6.5 of which were lost, and 2.5 sacks with 5 breakups.

For the moment, Myjai Sanders is not committed to anyone romantically. He has either kept his life private from the public’s view or is secretly maintaining a relationship in his life. Also, for the moment, Sander’s marital status is unmarried and he is yet to achieve more in his life. We hope for the immediate news from the side of Sanders to have any commitment in his life with any girl.

Sanders was selected by the Cardinals in the third round of the NFL Draft April 2022 on 30th April. It is exciting to see how these players, including Sanders, perform on the field. However, Sanders has remained a professional player who always had a regular performance and commitments with the college teams. Sanders is yet to achieve more in his life and we wish him luck for his future.