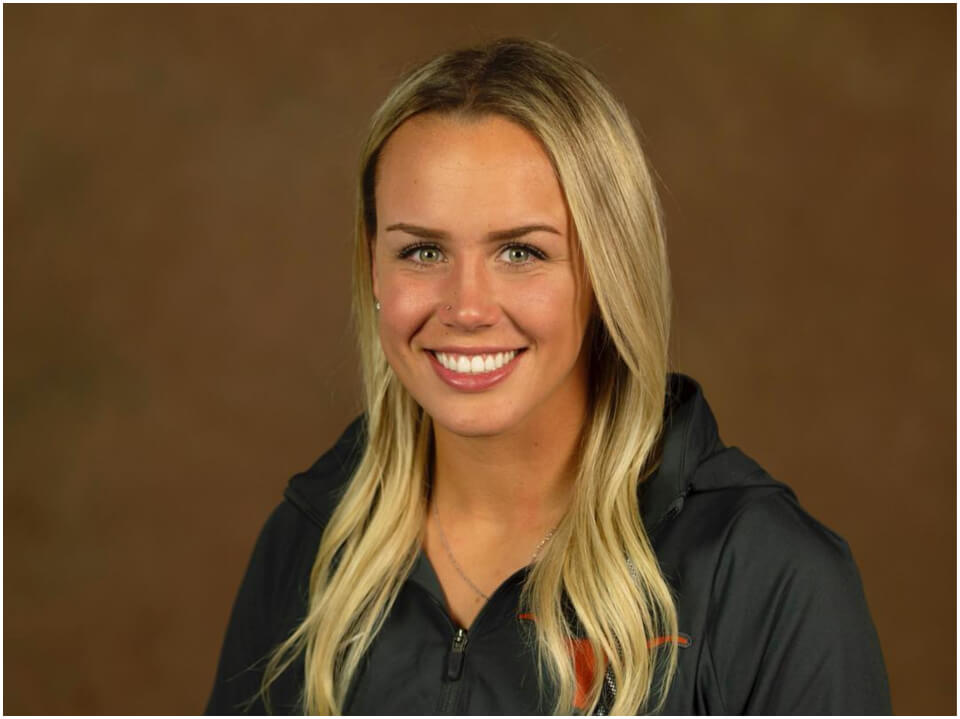 Miranda Elish is an emerging American softball player who’s gonna be playing in the NCAA Women’s College World Series this week. After a spectacular school season for Crown Point, she played as a pitcher at the University of Texas during her junior as well senior grades.

Miranda Elish was born on 30th September 1997 in Crown Point, Indiana and she is around 25 years old. She went to Crown Point High School from where she existed being the number 1 recruit in the nation marked by FloSoftball. Miranda was brought up by her loving and caring parents named Casey Elish her father and Dawn Elish her mother. She shared her childhood while growing up with her two other siblings named Brady Elish and Madi Elish and both her siblings are known to be athletes.

Miranda has received her higher education from Oregon State University and the University of Texas respectively. She has also remained a recipient of the 2016 MaxPreps first-team All-American honor and has received three-time Indiana Gatorade Player of the Year as well as the 2014 MaxPreps National Sophomore of the Year. She is the kind of personality who held the record of 0.41 ERA and 196 strikeouts over 103 innings with 26 RBI- in her senior season while playing in high school.

During the time, Elish went undefeated when she started with her rookie campaign and made a record of around 12-0. She was placed third on the team because of her new record of 1.79 ERA and was later placed fifth in the Pac-12. She has also seen the time when she was hitting .276 in 58 at-bats with 10 runs scored. During the game, she helped the Ducks appear for the season’s opening with 35 straight wins making a new NCAA record. During the season, she recorded a rank of Pac-12 and scored an average of 6.5 strikeouts per seven innings. She was one of the active members of the Oregon pitching staff- which ranked 5th in the NCAA with a 1.41 team ERA. During the season she received season-high nine strikeouts with a five-inning win against Pacific on 11th March 2017.

2018- Elish started the season with her first-ever inning and made a career-high 16 strikes during a game against Portland State on 3rd April 2018. She hit the double digits in the strikes 11 times and regulated UO’s 53-10 campaign in 2018 with high-profile wins over the list of teams including Arizona, Arizona State, Washington, Texas, Florida State, LSU, and Kentucky.

She performed as a key solo homer and eventually made a win with an overall score of 4-3 at No. 21 Oklahoma State. During the season, she made a career no-hitter for the second time and went 2-for-4 with a game-ending grand slam, and had five RBI against Iowa State on 22nd March 2019. Eventually, she earned the titles and honors for her effortless playing in the game, including the NFCA National and Big 12 Conference Pitcher of the Week.

Elish earned the honor of Softball America as the shortened season National Player of the Year. Despite this, she also became the recipient of shortened season first-team All-American honor after going 11-3 with a 1.53 earned run. 2022- on the game of 9th March, she recorded no-hitters against the opponents Minnesota and the same was seen on 19th March against Wichita State. She has remained a three-time selection as Big 12 Pitcher of the Week, a two-time selection as Big 12 Player of the Week, and has remained the only player of the 2022 season to hit both records in the row.

The popularly known pitcher of softball games is known to be maintaining her romantic relationship with Connon Andras. The couple has been known to each other for more than two years but has kept the things private between each of them. So, there are hardly any details regarding when they meet and how they are going in their romantic linkup.

It is for sure that the 25 years old multi-professional, ever young or dynamic personality is earning a good amount of money because she often leads the games and has bagged various honors and awards.