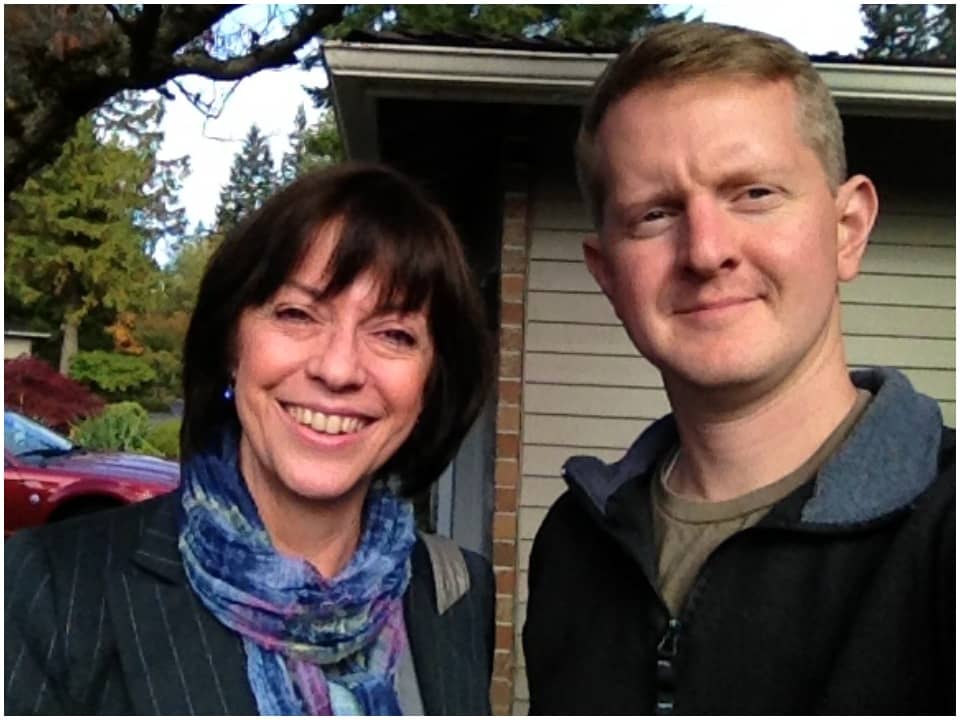 Mindy Jennings is a preschool teacher from the United States of American. She is primarily known as the wife of Ken Jennings, the highest-earning American game show contestant of all time.  He became an American household name after winning the game of Jeopardy 74 times, a record of highest winning streak ever, and due to that Mindy has also risen to fame. She hails from Utah, USA.

Mindy Jennings was born in Utah on 29th November 1975 and in 2022, she will be 47 years old. Her mother’s name is Myrna Hurst Boam, while information regarding her father is not available. She grew up with 3 siblings. Her sister Andrea Boam died on January 30th, 2020. Unfortunately, she was suffering from Angelman Syndrome. Mindy has two more siblings, one brother named Ryan Boam, and another sister named Stefani Boam Karlsson.

She attended Brigham Young University in Provo, Utah from where she majored in English. She attended college with her now-husband, Ken Jennings. Ken used to go to the University of Washington and spent two-years Mormon Mission in Madrid, Spain. He later got a transfer to the Brigham Young University in 1996, where he met his future wife, Mindy. The couple graduated in 2000, with Ken completing a major in Computer Science. She briefly worked as a preschool teacher in the early 2000s. She has not been working in anything major since then.

After which he won in several other shows like Jeopardy as well, like the ultimate tournament champion, battle of the decades’ jeopardy! all-star game and jeopardy etc. Mindy and Ken have two kids together. Their oldest child was born before Ken made his big win in 2004, his name is Dylan Jennings, who is currently 20 years old. Their 16-year-old daughter Catlin Jennings was their second child who was born on November 13th, 2006. The family of four also has a dog named Chance. They live in Seattle, Washington, USA, currently.

There is no clear estimation made on how much wealth does Mindy Jennings owns. But she did use to work as a preschool teacher in Seattle Washington, her annual salary could be estimated at around $56 thousand. The overall wealth of her family altogether should be approximately $5 million dollars. While their primary source of wealth comes from Ken’s numerous game show winning, as well as his best-selling books.