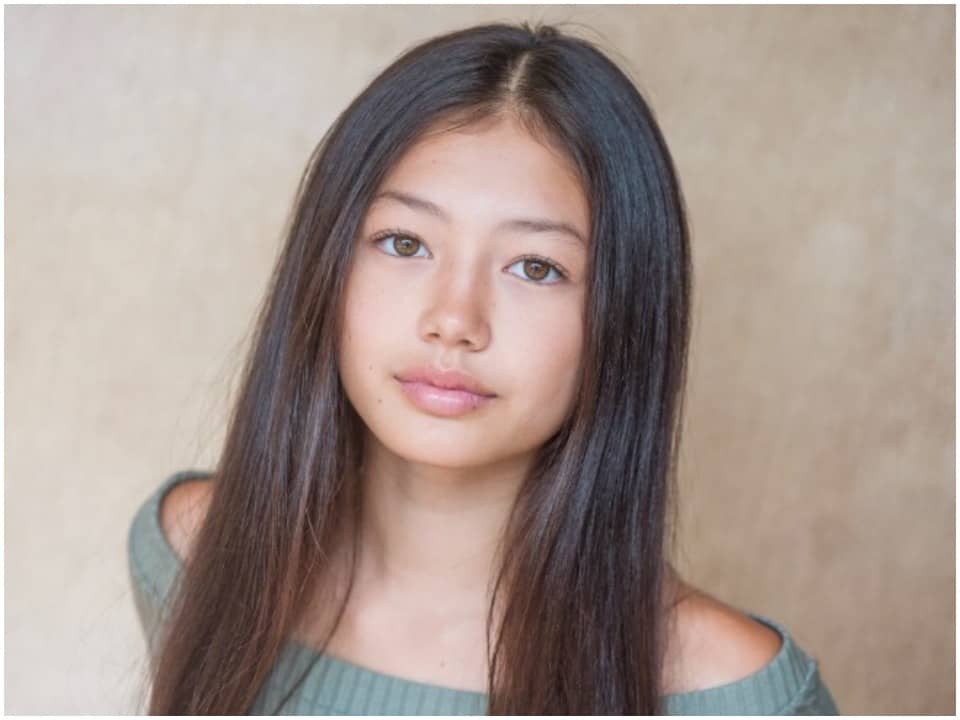 Miku Martineau is a Japanese Canadian mixed ethnic actress and voice artist. She is known as a Canadian teenage actress. Carl’s Car Wash (2016), Finny the Shark (2020), and Kate are her well-known films (2021).  She became famous for her role as Ani in the Netflix film “Kate”.

Miku Patricia Martineau was born in Toronto, Canada on September 14, 2004 to Peter Martineau and Kumiko Martineau, per parents. Her mother is Japanese, while her father is Canadian. Kai Martineau is her younger brother with whom she shared childhood memories. She is a very active person who loves outdoor sports such as basketball, bowling, ice hockey, ice skating, rollerblading, and snow skiing, as well as soccer, volleyball, and yoga in her spare time. She is a fitness freak. Miku Martineau received her training from Randolph school of performing Arts and AMDAAmerican Musical Dramatic Academy.

She is a Japanese-Canadian actress. She is a Canadian citizen with a valid passport allowing her to work in the United States. Her enthusiasm in performing has always been evident, as evidenced by her early photographs in which she appears in a variety of performances. She enrolled in the theatre at Randolph School of Performing Arts in 2015 to master dramatic talents, including acting and performing arts in Musical Drama. Miku’s acting career began in 2015 with a role in a McDonald’s Recorder commercial, followed by a role in a Scotia Bank International Woman 2021 commercial titled “Said Before.” Miku was cast as Lina in the animated television series Carl’s Car Wash when she was 12 years old.

Miku played Chloe in another animated film, Finny the Shark when she was 15 years old. She was 17 years old when she got cast in Netflix’s Kate. She plays the role of Ani on Netflix – A ruthless assassin operating in Tokyo has less than 24 hours to figure out who ordered the assassination. The movie Kate was released on September 10, 2021. And has average reviews on various platforms. This was the movie that brought her into the limelight. “This celebrity girl is a fantastic Ukulele player in addition to acting. She is also good at musical instruments such as the viola and the viola da gamba, as well as freestyle and hip hop dance.

For those in the entertainment sector, having a strong internet presence has become critical. However, since Miku Martineau is still early in her career, she hasn’t generated much of a buzz online yet. Kate has only 1,700 Instagram followers at the moment. There’s a very good chance that number will increase as now Kate has been released.

Miku Martineau is just 17 years of age. She is a simple girl and lots of ambitions and commitment towards her work. Presently she is single and is not dating anyone. She is busy building her career.

Miku’s fortune comes from acting, singing, modeling, and inheritance from her parents, among other things. It is still the beginning of her career for Miku. As of date, he is able to amass an estimated net worth of $350,000 USD.