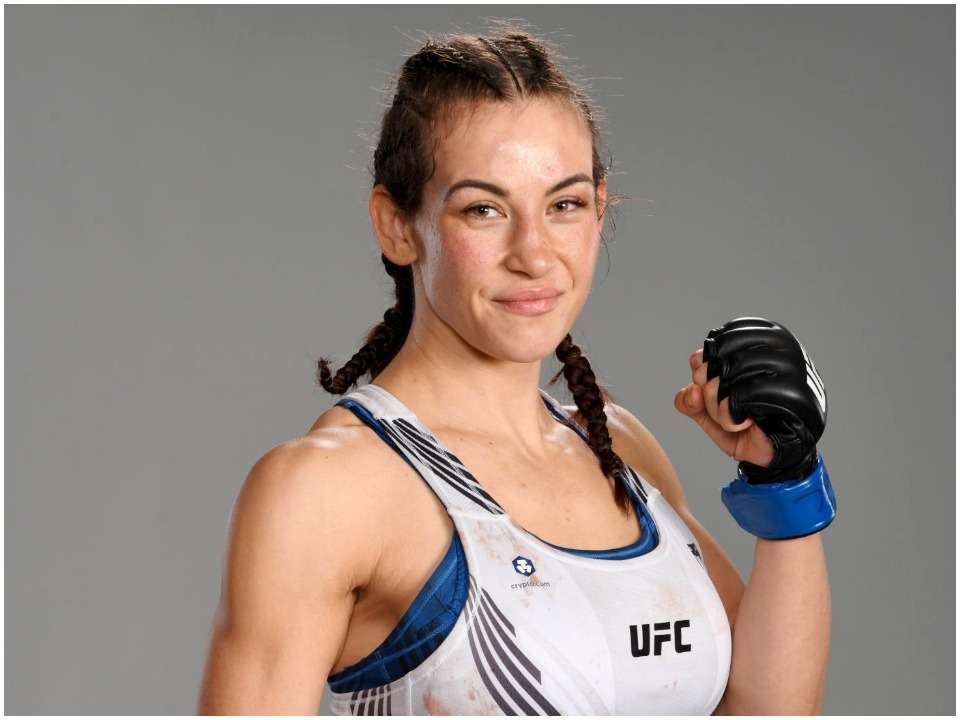 Miesha Tate is an American Mixed Martial Artist who is an expert in Submission Wrestling. She has an MMA record of 19 wins and 8 losses. In 2010 she has been awarded Strikeforce Women’s Bantamweight Tournament Winner. She is the FCF Women’s Bantamweight Championship as well.

Miesha Tate was born on 18th August 1986 in Tacoma, Washington, United States of America. The names of her parents are Rob Tate and Michelle Tate. She has a sister whose name is Felicia Martin. Miesha went to Franklin Pierce High School. Over there she opted for amateur wrestling over basketball. Later for her higher and further studies she went to Central Washington University and attended the Mixed Martial Arts Club.

Miesha began her career as a wrestler. In 2005 she competed in the girl’s state championship and won the title in wrestling. Next year she fought in many amateur matches and scored a record of 5-1 in MMA before turning pro. In 2007 she made her professional debut at HOOKnSHOOT Women’s Grand Prix. She competed in various small matches like Cage Sports MMA, Freestyle Cage Fighting, Atlas Fighting, and many more in 2008-09. In January 2010 she won her first MMA Title at FCF. She has also made a debut in Strikeforce and has competed with Elaina Maxwell, Sarah Kaufman, Zoila Gurgel, and more. In February 2013 she officially joined the Ultimate Fighting Championship. She competed in various matches against Cat Zingano, Liz Carmouche, Rin Nakai, Sara McMann, Jessica Eye, Holly Holm, and many more.

In those matches, she has won the title of UFC Champion. In 2016 after competing in a few matches against Raquel Pennington and Jessica Eye she announced her retirement from Mixed Martial Arts. On 7th November 2018, she joined ONE Championship as a Vice President. Later on, 24th March 2021 she announced her return to the game. She has competed against Marion Reneau and won the fight which made her earn the second Performance of the Night Award in her UFC Career. Along with that she also competed against Ketlen Viera at UFC Fight Night 195 but was rescheduled on 20th November 2021 at UFC Fight Night 198. On 14th May 2022 she will be facing Lauren Murphey at UFC Fight Night 209.

In one of her YouTube videos, she was discussing switching from bantamweight to flyweight, where a user asked if she would consider creating an onlyfans account. Only Fans is a content subscription service where creator scan earn money from users who subscribe to their content. She shut down the idea and replied to the user “ No. Where in this video did I say I was desperate?” She received backlash for passing this statement. But as she realized her mistake and sincerely apologized. Also stated that she did not intend to demean other fighters who own onlyfans accounts.

Miesha began dating an MMA fighter named Johnny Nunez. They started dating on 1st January 2018 and on 4th June 2018 they were blessed with a daughter named Amaia Nevaeh Nunez. Later in December 2019, she announced her pregnancy with their second child. On 14th June 2020, she gave birth to their son named Daxton.

Miesha Tate has earned a lot from her professional career as she wins in many matches and earns through prize money. According to sources her net worth has been estimated at around $6 million. She also earns through modeling and brand endorsements.