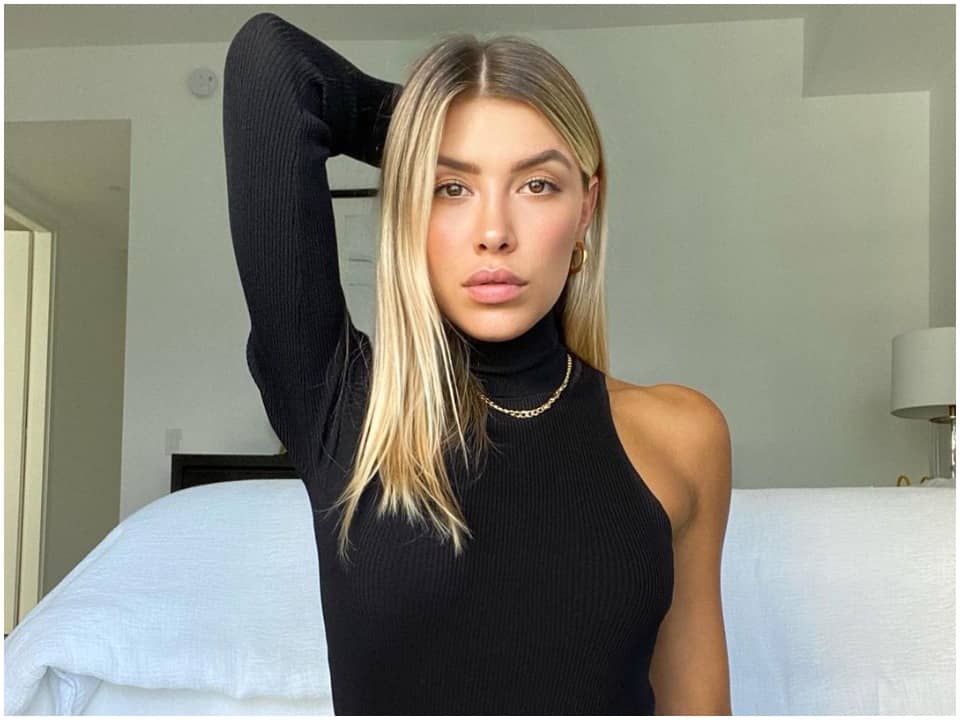 Michelle Salas is a gorgeous Mexican woman who is a fashion designer, a model, and an influencer. She is popularly known as the daughter of her celebrity parents (mainly father) Luis Miguel. Michelle is known as a bold and confident woman who speaks up for herself and for the right.

Michelle was born on 13th June 1989 in Mexico City to her father Luis Miguel, who was a famous singer, and her mother Stephanie Salas who is also a Mexican singer. She is the granddaughter of Luisito Rey, Marcela Basteri, Sylvia Pasquel, and Micky Salas. She has a younger sister named Camila Valero who is a popular actress. Michelle is known to have attended a local high school in Mexico after which she attended Parson’s which a prestigious fashion and design school from where she graduated and majored in fashion designing. She was considered a bright and intelligent student in her field.

Michelle’s career as a designer started when she was still studying at her design school after which she interned for a famous Venezuelan designer Carolina Herrera in New York City. After that, Michelle walked the runways as a model for designers like Dolce and Gabbana, Carolina Herrara, and also Tommy Hilfiger. She then started appearing in commercials and advertisements for Michael Kors, Aristrocrazy, Pronovias, and also Pantene.

She then started her career as a blogger and created her first blog called Stereotypemess which was about her lifestyle where she shares details like photography, traveling, music, food, and much more. After working as a designer, model, actress, and blogger, Michelle decided to create her own online clothing store. She is currently the co-founder of the Brand Milea which is an online clothing site for women and the advertisement of which is done by herself through her social media channels.

In 2018, a Netflix series was premiered about her famous father Luis Miguel called Luis Miguel: The Series, which was all about the life of Luis, his family, and life experiences. Recently, Michelle talked about how she disliked the way Netflix’s show made her mother look like an alcoholic woman who ruined the relationship of her father with a photographer named Mariana Yazbek. She revealed that the impression of her mother shown on the screen was all fake and the things shown in the series never happened in real life.

As for 2021, Michelle Salas is in a relationship. She dated her first boyfriend Victor Gonzalez Jr in 2007 after which the couple decided to break up some time later. She then dated Diego Boneto in 2013, but their relationship was not officially announced but in April 2013, they were rumored as a hook-up couple. In November 2016, Michelle started dating her boyfriend Danilo Diaz but their relationship ended in August 2017. Currently, Michelle has not announced her relationship but it was recently confirmed that Michelle is dating Alan Faena for more than a year now after the photos of the couple were leaked.

The designer and model is an independent woman who earns an estimated net worth of $ 2 million USD. She earns this sum of money by her job as a fashion designer, contracting for shoots as a model and also as a brand ambassador or through collaborations with online marketing sites for paid promotions.