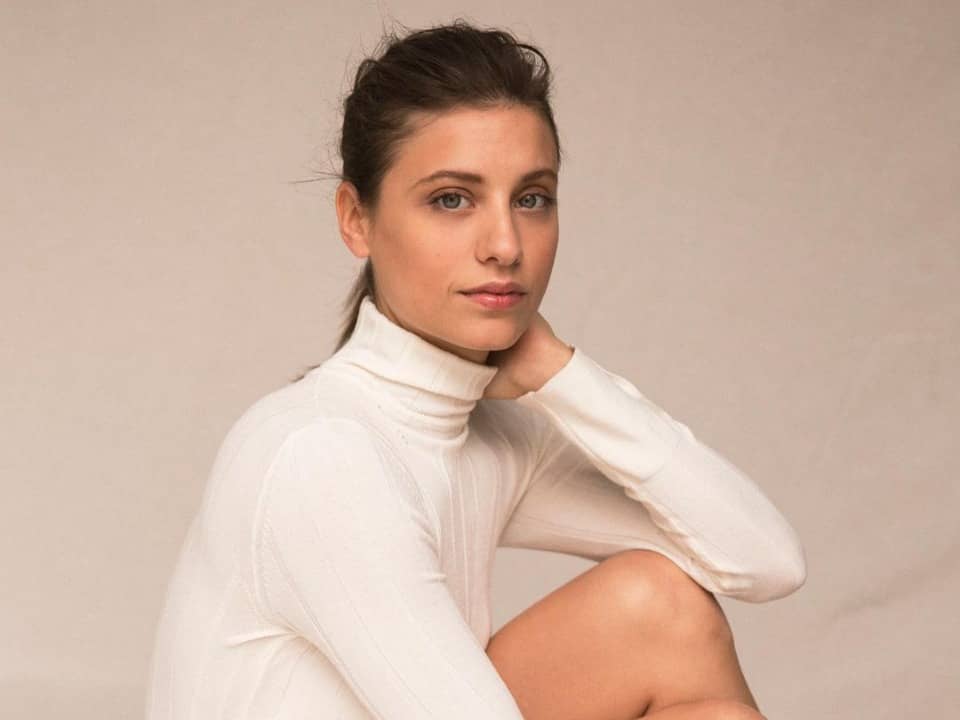 Michelle was born in Barcelona, Spain, on September 14, 1986. Michelle is the daughter of Martine Husson and Miguel Ángel Jenner. Her father Miguel is a Spanish actor and her mother Martine is a French actress. Her father is of English ancestry, and her mother is of French ancestry. Michelle has an older brother, David Jenner Husson. Jenner attended the Company & Company School for theater, music, and dance. She studied acting in the Nancy Tuon Acting School.

Michelle Jenner began her voice acting career at the age of six.  Hermione Granger in the first four Harry Potter films in Catalan and Spanish, as well as Giosué in the Italian film ‘Life is Beautiful, are among her works where she has contributed as a voice actor. Michelle has also dubbed Heavy Rain, the main character of the PlayStation 3 video game. In the Spanish dub of Cartoon Network’s Network Miniseries Over the Garden Wall, she has voiced the character of Beatrice.

She voiced Aloy in the PS4 game Horizon: Zero Dawn (2017), and she reappears in the DLC Horizon Zero Dawn: The Frozen Wilds. Michelle Jenner began working in television commercials at the age of two. Michelle’s debut television appearance was as Alicia in the 2000 television series El cor de la Ciutat. Michelle has starred as Natalia in the Felipe Vega directed 2004 film, Nubes de Verano.

From 2005 until 2010, she played Sara Miranda in the comedic television series Los hombres de Paco. Michelle has also starred in the Rubén Alonso directed 200 films, Íntimos y extraños in the role of Maria. Further, she also appeared in a Spanish comedy movie, directed by Javier Ruiz Caldeira in 2009 where she played the character of Fairy. Michelle has appeared in two films in 2011, the first of which was Montxo Armendarz’s ‘Don’t Be Afraid, in which she played Silvia, a heroine who was abused by her father as a child.

Michelle to bring life into the character has talked to victims of child abuse for portraying the role with perfection. Jenner also appeared in the science fiction comedy Extraterrestrial, directed by Nacho Vigalondo, in which she plays Julia, a girl caught up in a love triangle during an alien invasion in Madrid. In the 2012 Televisión Espaola historical drama television series Isabel, she plays Queen Isabella I of Castile.

Michelle is currently single and not dating anyone. Further, there is no revelation regarding her relationships or previous relationships.

Being active as a part of the entertainment industry will surely earning her enough wealth to live a lavish lifestyle for sure. Her principal source of income comes from her work as a movie actress and voice actress. Although, there are no reports available that can state the exact amount of worth of her.