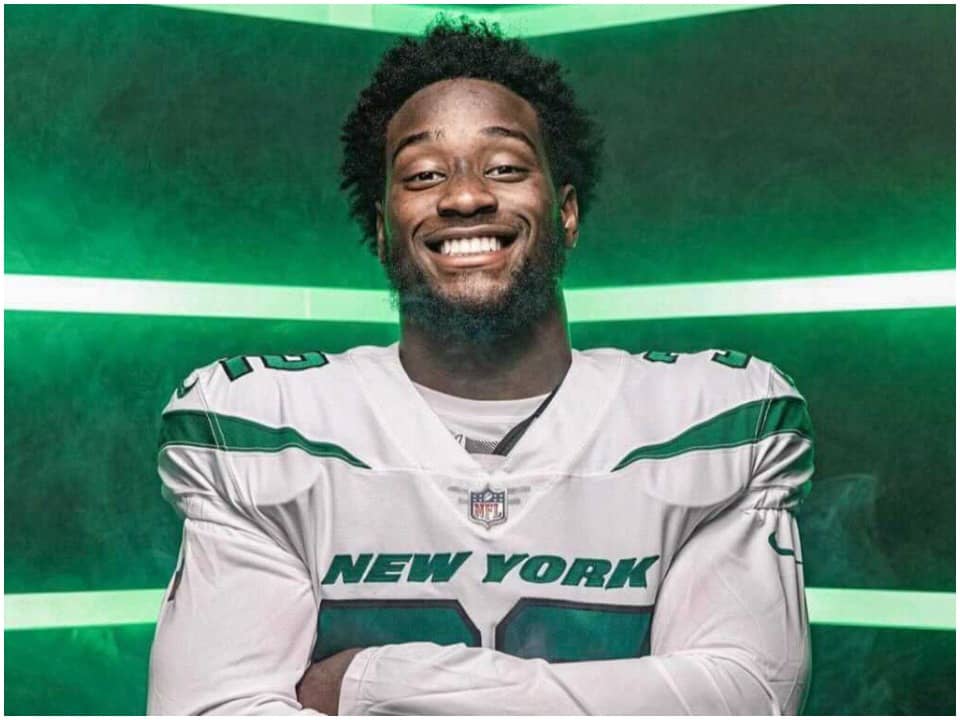 Michael Carter is a young Professional Football player from America. He plays football running back for the professional team New York Jets. He has an inclination towards football from an early age and hence he used to play football during school and continued the same in college and took it up as a career. Michael has achieved multiple awards and championships in the really short time span of his career, he won the All American in the year 2020 and he made himself to a variety of magazines and is also named as the most offensive player by the prominent magazine USA Today.

Michael Carter was born in the Navarre city of Florida State of the United States of America. No information regarding his parents, siblings, and other family relatives is available on the web. Further, he was born in the May of 1999 and he celebrates his birthday every year on the 7th of May. Being into high school he was more inclined towards football as compared to studies and hence played for the school team.

He completed the freshman, sophomore, and other high school years from the Navarre High school situated in his native town. There he played football for the school team and was regarded as the most offensive player of the year during his senior year by the USA Today. Further, he went to North Carolina and played college football there along with that he won various championships and was named Third-team all-Atlantic Coast Conference or ACC.

Carter was highly enthusiastic about Football from an early age and hence he took up football during his High school and further played college football for Carolina University, there all his records were up to the point, and won various championships like All-Atlantic Coast Conference (ACC), All American and many others. He was also nominated for the Doak Walker Award and Paul Horning award while he was pursuing his senior year of college additionally he was named as the ACC running back of the week while he played against Virginia Tech.

In the December month of 2020 he dropped out of the orange bowl matchup with Texas A&M as a result he would get some time to prepare the best out of him for the NFL draft at the end of the career of his collegiate football he made himself to the finals of 2020 Paul Hornung Award. But, because of the increasing COVID cases around the globe, the NFL combine is on hold. Moreover, in the May month of the year 2021, he has been selected by the New York Jets with an overall pick rank of 107 and he has signed a 4-year contract as a rookie with the jets starting from 4th June 2021.

According to some of the sources Michael is neither married nor is he dating any girl because he is focusing on his career and he found relationships hell a lot distracting. Further, there is no past recording relating to his affairs and relationships that could be fetched from the web.

Michael started his professional career in 2020 only, prior to that he was playing in collegiate football and high school football for which he might be receiving some minimal amount of money in order to satisfy his minimalistic needs. He just came into the eyes of the general public and he is gaining name, fame, along money day by day and hence it is difficult to come across his earnings and approximate his net worth.