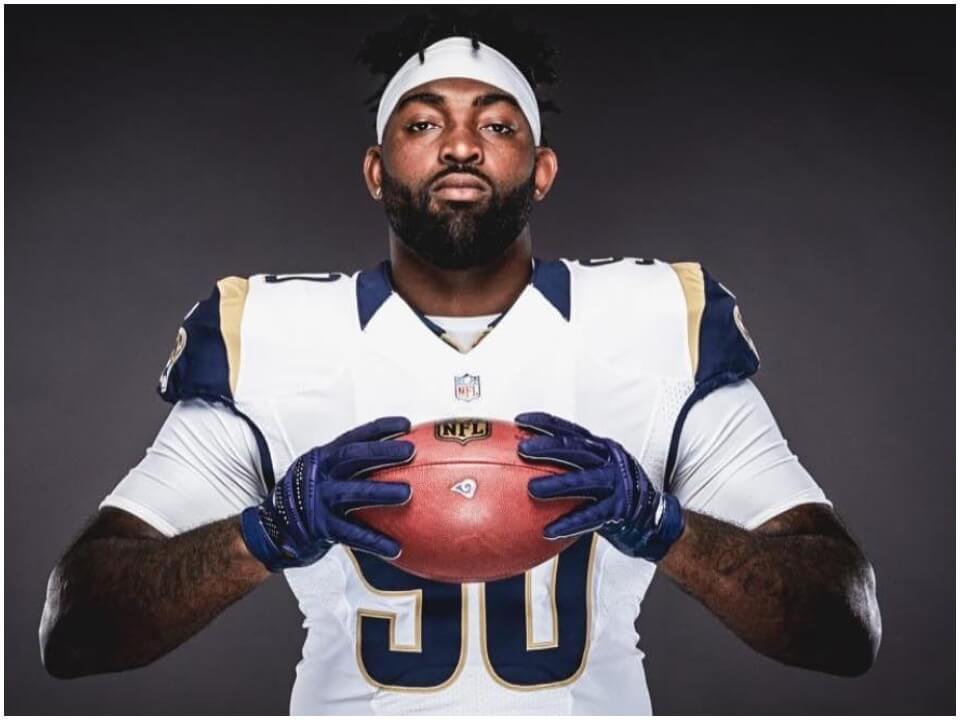 Michael Brockers is an American Football player popularly known for defensive tackle technique. He played for National football teams like St. Louis Rams and is now being traded to Detroit Lions. He has a total score of 387 tackles, 28 sacks, 2 forced fumbles, 1 fumble recoveries, and 9 pass deflections. He has a total of 79.2 thousand Instagram followers.

Michael was born on 21st December 1990 in Houston, Texas, United States. The name of his mother is Tiffany Brockers while the information about his father has not been shared with the media. He has many siblings named Harrison, Jessica, Ashton, and Nicholas.

He completed his high school education at Chavez High School located in Houston, Texas. For his further and higher studies, he went to Louisiana State University. He has been a very active sports person during his schooling. Later he decided to build up his career in playing Football.

At his high school, he was a two-sport athlete playing football and also competed in Track & Field events. During his Junior season, he scored 59 tackles and 10 sacks. In his senior year, he helped his team get through class 5A state playoffs where they lost against Humble High School. Sports news portal rivals.com ranked him as a four-star recruit and was also rated as the No.10 strong-side defensive end in the nation. From 2009-2011 he played for the Louisiana State University. During his Sophomore year, he was seen in more than 13 games and scored 9.5 tackles. He also earned a second-team All-SEC selection by the Associated Press.

In 2014 he played all 16 games with 32 tackles, two sacks, one pass defended, and one fumble recovery. Next Rams selected a fifth-year option for his contact. In that year he played 16 games made 44 tackles and three sacks. After that in 2016, he finished the season by playing 14 games with 19 tackles and 2 passes defended. In 2017 he had played 16 games with a score of 55 tackles, 4.5 sacks and 4 passes defended. Next year he was seen playing 16 games with 54 tackles and a sack. He also played many matches and in 2020 he went off-season to sign a contract with another NFL team but later decided to stay with the Rams.

Michael’s return contract with St. Louis Ram was activated on 8th January 2021. He will be seen playing matches for the Rams. Due to the coronavirus pandemic, some of his matches were postponed and now have been rescheduled. Soon he will be seen on the playing field. He will also be giving interviews about his training and post-match reaction.

In 2020 he was set to sign a $30 million contract for three years with Baltimore Ravens. But due to his physical health, the deal was called off. After the deal was closed, he decided to return to St. Louis Ram. He has been very focused on his games and tried to keep himself away from any ongoing controversies. There are rumors about trading him to Detroit Lions.

According to sources Brockers is married to Faith Brokers. They were together blessed with children named MaKaela, Makhi, and Makael. Faith has always been passionate about empowering young women and girls. They try to keep their life low-key and away from the media.

Michael has earned a lot from his NFL career. In 2012 he signed a four-year contract worth $9.52 million. After 3 years he signed a three-year extension contract worth $33.125 million.  Recently in 2020, he signed a $24 million contract to return St. Louis Rams. According to sources his exact net worth amount has not yet been estimated but he definitely earns a lot. He also earns from his sponsors and by attending events.