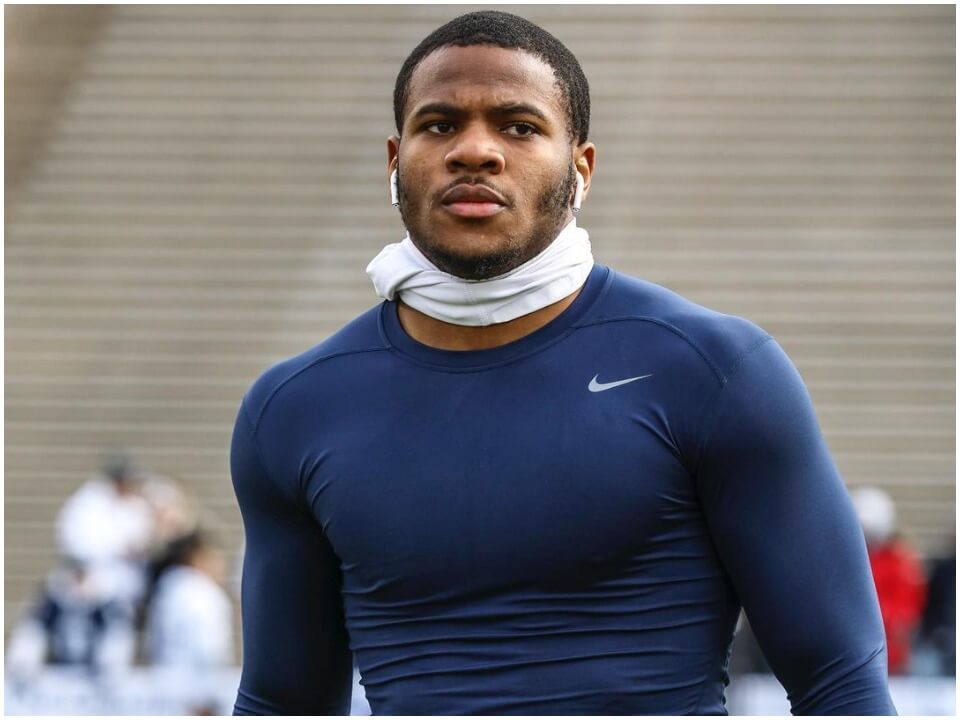 Talented American football linebacker, Micah Parsons was recently drafted by the Dallas Cowboys in NFL Draft 2021. Prior to that, he used to play for the Pennsylvania State University’s football team, Penn State Nittany Lions. He played with the jersey number 11 in his sophomore year and achieved various awards. According to some of the sports portals, Micah is one of the best rookies for the 2021 drafts and he will be an asset for the team for sure.

Micah Aaron Parsons was born on 26th May 1999 in Harrisburg Pennsylvania to his father Terrence Parsons and mother Sherese Parsons and grew up alongside his sister Shatara Parsons. His heart was all into football since he was a toddler. He got the wholehearted support of his family to begin his professional career in football. Parsons also played varsity basketball.

Parsons attended Dauphin high school before shifting to Harrisburg high school. Later he attended the Pennsylvania State University for higher studies where he got committed to the University team in his sophomore year in 2019. He got his qualification and opted for his degree in Criminology.

Parsons grew up playing football in the sunshine park. And started playing professionally while he attended high school. In his senior year, he rushed for 1239 yards and 27 touchdowns. He was a five-star recruit and ranked 4th in the class. He was recruited by Nebraska, Georgia, Oklahoma, Ohio State, Alabama, and Penn State. After committing to Penn State on December 20th, 2017, in his freshman year, he managed to lead his team in tackles with 82.

Later in his sophomore year, he scored 109 tackles, 5 sacks, 3 deflected passes, and 3 forced fumbles. After scoring 14 tackles, 2 sacks, and 2 forced fumbles, he was named the 2019 Cotton Bowl Classic defensive MVP of the game. After trading down with the Philadelphia Eagles from their original pick, The Dallas Cowboys opted for Parsons recently in NFL Draft 2021 in the first round. At the moment, he is included in the list of rookies to look out for NFL 2021 and he is all set to play his first-ever NFL game in the upcoming days.

However, Micah Parsons has kept his relationship status ambiguous. So far it is known that on 1st may 2018, he posted a picture of him and his newborn baby Malcolm and confirmed that he is now the father of his adorable son. Though the footballer is open about his fatherhood, there is no information regarding his child’s mother.

The handsome hunk has a huge fan base in the virtual world too. The athlete enjoyed around 113k followers on his Instagram account @_micahparsons11 with no less than 50k likes on every post. He uploads pictures with his son and videos of himself playing football. He earned around 30.4k followers on his Twitter account @MicahParsons11.

The exquisite personality is on his journey towards being the best of the rest and is expecting more. According to the source, his estimated net worth is $860,000 as of 2020. As of 2021, his net worth is under review. Since he got drafted in NFL 2021 draft, his annual income will be in millions of dollars. The main source of his earning is likely to be his professional football career.