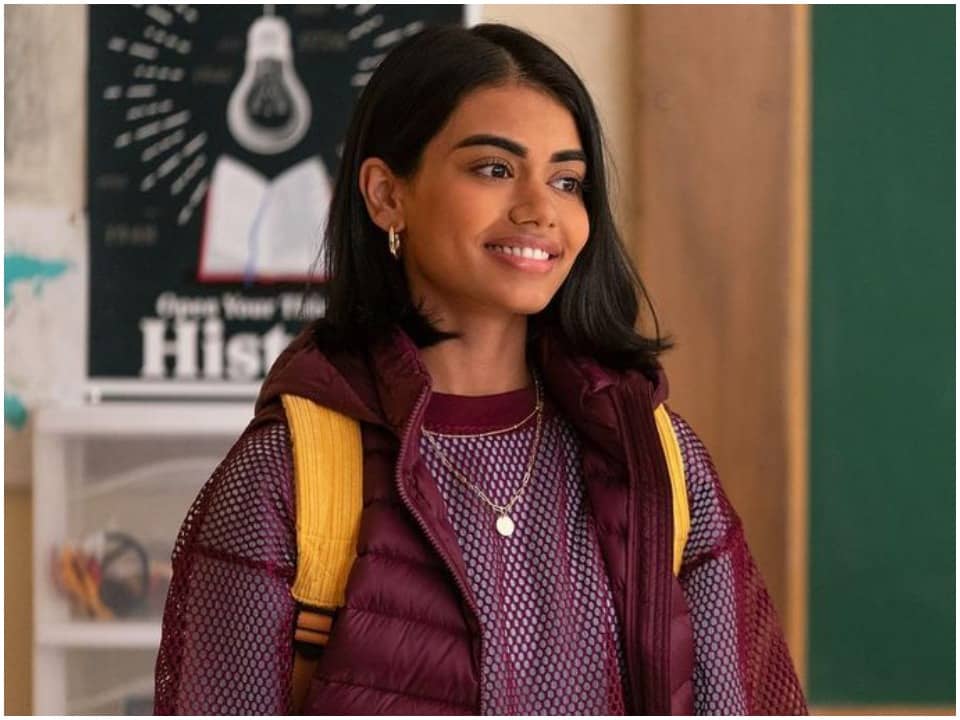 Megan Suri is a 22 years old Indo-American actress. She has given some of the top hits in her whole career which includes the 2 seasons of Never have I ever on the OTT platform Netflix in the year 2020 and 2021 which led to her huge success and gave her fame among the people who watch the series especially the teenagers. She has been into drama and cinematography since she was just 12 and hence she has developed some cutting-edge acting skills.

Megan was born in the Downey city of California in The United States of America, and she is of Indo-American Nationality. She was born to Mr.Raj Suri, however, her mother’s name isn’t available on the mainstream media reports. Further, she was born in the March of 1999 and she celebrates her birthday every year on the 28th of March. She has a sister named Tanya Suri, but no information about her is available on the web either. Apart from being in the cinema was into sports including basketball, volleyball, swimming during her school times.

She went to Warren High School for gaining basic education studies. Later she enrolled in the University of California, Berkeley for further education, although no information is available regarding subjects in which she majored. Furthermore, she did her cinema training at Joanne Baron/D.W.Brown studio and UCB. Moreover, she learned drama from the New York Film Academy which is one of the finest acting schools in the world.

She started her acting career by acting in the national commercial of Honda at an age of 8 in California, United States. Just after that when she was 10 years old she gave her acting career a boost by playing the role of Rani in the movie Valentine’s Day in 2010. Further, after a break of 5 years, her life took an immense change when she got a chance to act as Samira in HBO’S movie “The Brink”.

In 2017 she acted in 3 Movies namely Bones, Guidance, and Modern Family which in turn gave initiation to her fame. Years after years in 2018 she worked in various movies including Atypical, How to get away with murder, fresh off the boat, and The misEducation of Bindu in 2020. Lastly, it was in 2020 when she was offered the role of Aneesa in Netflix’s original “Never Have I Ever” and fortunately she got to act in the second season of the same which contributed a lot to her reel life. She is looking forward to working in other Netflix series too.

She has posted very few pics of herself on Instagram(@megansuri)some of which are of the commercials of the “NEVER HAVE I EVER”, she has posted a total of 18 photos and she has a total of 30.5K followers on Instagram and she is not verified over there. Further, she tweets often on her Twitter(@megansuri), she has a follower count of 1.5 K and she is not verified here as well.

Some prominent websites do claim that she is in a relationship, however, none claim the same name as the boy so it is difficult to get into her personal life. Moreover, she wants to keep her personal life a secret because she believes that telling things to people would ruin them.

She earns from paid commercials, promotions and Movies, and web series. Being a shining star it is hard to predict her net worth. Talking about her earnings, on average Netflix gives $30,000 per episode to the casts of a series.