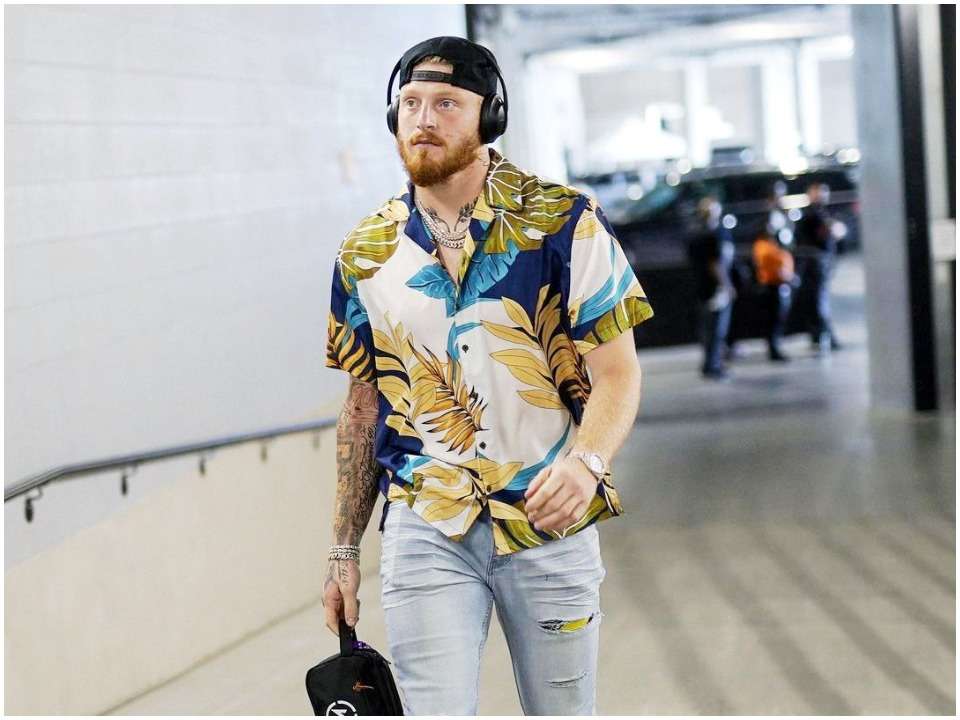 Maxx Crosby is an American Footballer playing for Las Vegas/ Oakland Raiders, an NFL team. His position is as the Defensive End. He has a career statistics of 142 total tackles, 25 sacks, 4 forced fumbles, 1 fumble recoveries, and 12 pass deflections. In 2021 he has been honored with PFWA All AFC Team, Second-team All-Pro, and Pro Bowl Defensive MVP.

Maxx Crosby was born on 22nd August 1997 in Colleyville, Texas. The names of his parents are Bryan Crosby and Vera Crosby. He grew up with his elder brother Myles Crosby. At a young age, he used to play various outdoor sports with his brother. Maxx went to Colleyville Heritage High School and completed his high school education. For his higher studies, he went to Eastern Michigan University. He has pursued a course in Communication. Along with his studies, he played football for the University team.

Maxx started his career in football. From 2015 to 2018 he played college football for his University. He was also selected in First Team All-Mac in 2017 and 2018. In 2019 he underwent the NFL Draft. He was picked by Oakland Raiders in the fourth round and 106th overall. In 2019 he played matches against Denver Broncos, Chicago Bears, Cincinnati Bengals, and other NFL teams. Next year he was placed on the covid reserve list. He played in week 3 against New England Patriots but lost with 36-20.

Along with that, he was also seen playing against Kansas City Chiefs, Denver Broncos, and other matches. In 2021, week 1 he scored six tackles, two sacks, and two tackles for loss in a match against Ravens and won with 33-27. He also played matches against Denver Broncos, Los Angles Charger, and other teams. Next year he is seen playing matches and has won 2022 Pro Bowl Defensive MVP against Las Vegas. He will be also playing against NFC, Bengals, Chargers, and other teams.

Maxx is in a relationship with Rachel Washburn who studied Sports Management at Eastern Michigan University.  They both share a similar interest in football and she was also the captain of a football team. The details of when exactly they started dating have not been shared with the media. They like to keep their relationship on a low key and enjoy spending quality time alone away from the spotlight.