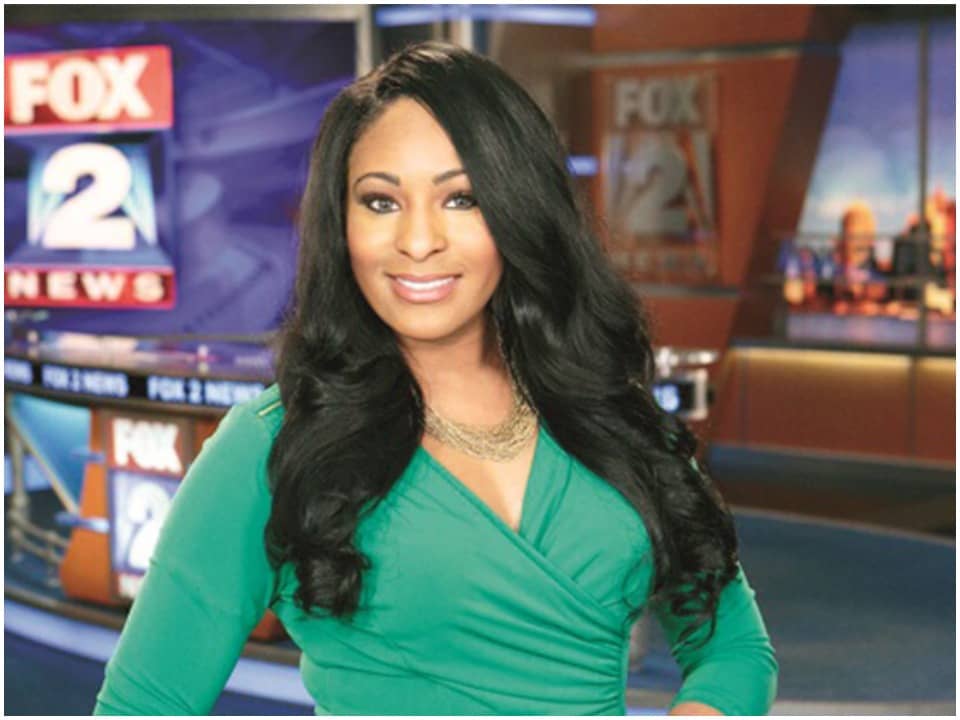 Maurielle Lue is an American Anchor, presenter, and Journalist famously known for appearing on the Fox 2 Detroit channel shows like “Nine and Let It Rip Weekend”.  She is an Award-Winning Journalist and is well respected among the Journalist and anchor communities.

Maurielle was born on 25th March 1985 in Antonio Texas, USA. Her parents are Marcel Lue and Heidi Lue and grew up within a Christian family in Antonio belonging to black ethnicity. She is also known to have a younger sibling brother named Myles but much is not known about him. Maurielle was keenly interested in news and updates since she was a child and used to watch late-night news with her father. She gradually built an interest in journalism and reporting.

Maurielle attended the Scripps Howard School of Journalism from where she completed her high school education and graduated with Honours. She always wanted to become a journalist and thus she went on to attend Hampton University and was part of the Alpha Kappa Alpha sorority. Maurielle graduated from the university in 2006 with a Bachelor of Arts degree in Communication and Journalism. It’s possible that she might have pursued higher education or qualification in journalism but we don’t have any information regarding the same.

Maurielle started her career as a journalist in 2006 as soon as she graduated from her university and started working as a reporter at NBC affiliated station, WVVA in West Virginia. She started producing and reporting her newscast segment on weekends on the channel. She worked there for two years until in 2008 she left to work at ABC affiliated channel WEWS-TV based in Cleveland. Maurielle started working as a breaking news reporter, general news reporter, Morning anchor and was also the lead reporter during the Cleveland strangler case.

She interviewed various personalities like Dr. Phil and Homer Hickman and she also actively reported the Virginia Tech massacre. Maurielle worked with the channel for three years and left in 2011. She later joined the WJBK channel in Detroit and worked there as a reporter for five years. She also became a member of the National Association of Black Journalists and started working for Fox Television stations and has been working with the channel for over 6 years. Maurielle works as a Morning News reporter and anchor. She is currently the co-host of the show The Nine on the Fox 2 channel.

Maurielle has never been directly part of any controversy or criticism but recently she came under a lot of media attention when she came forward to tell her COVID 19 story. She was affected and tested positive with the Coronavirus due to which she was isolated for more than 10 days. Her condition worsened and she had to be admitted to the hospital. However, she has recovered and is discharged from the hospital. She appeared on the show Let it Rip where she discussed her fight for life against the covid19. She is also actively trying to warn people to not let their guard down and keep safe.

Maurielle has not revealed much about her personal life but it is known that she is a fashion enthusiast and is highly trendy. She keeps updating her fashion according to trends. She is also a shopaholic and likes to shop at brands like Blue Jeans, Dawood Boutique, Royal Dutchess, etc. Maurielle is known to be very close to her mother and considers her parents as her best friends. She is a great lover of dogs and currently has a pet French Bulldog named Hampton. She is currently known to be single and is highly focused on building her career.

Maurielle has been working as a journalist and reporter for more than a decade. She has been highly active and professional throughout her career.  she has worked with several channels and appeared on various shows. Her income is majorly sourced through her career as a journalist and her annual income is estimated to be around $70,000. Her estimated net worth as of 2021 is assumed to be around $2 million.