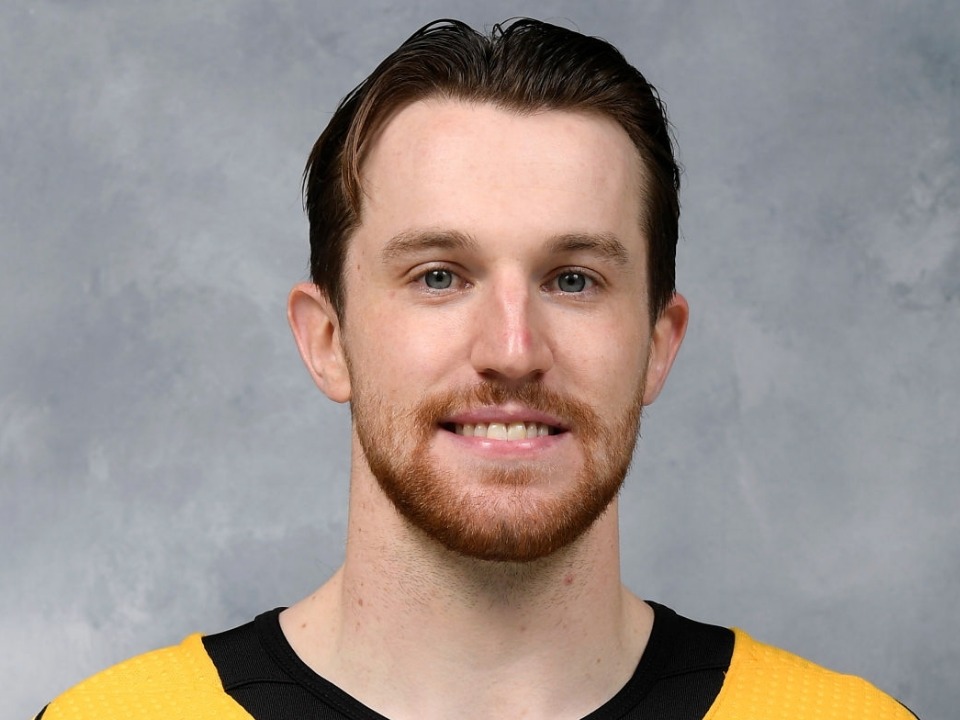 The talented American professional ice hockey player named Matt Grzelcyk is currently playing in his position as a defenseman. He plays for his team Boston Bruins which is one of the teams of the National Hockey League. He is one of the best players among his teams and in his profession as well.

Matt was born as Matthew Grzelcyk on January 5, 1994, in Boston, Massachusetts, United States. He is the son of John Grzelcyk and Kathleen Grzelcyk and has three older siblings named John and Andrew his brothers and Julie who is his older sister. Matt was brought up with his siblings in Charlestown and his parents along with his siblings all are hockey fans. In fact, his family is known as the family of hockey players. Matt completed his schooling from Belmont Hill School in Massachusetts and graduated from Boston University in Boston. He played for his University team from 2012 to 2016.

Matt had an interest in hockey since his childhood. He started practicing it and then played in tournaments. Matt was committed to playing at Boston University after which he was named to the Hockey East All-Freshman team in 2012. He was selected to the preliminary roster for the 2013 World Juniors but he didn’t make the final cut. On April 1, 2016, he signed a two-year contract with the Boston Bruins starting with the 2016- 2017 season. He also joined Boston’s affiliate Providence Bruins of the American Hockey League on an Amateur Tryout Agreement. He made his debut on December 14, 2016, with Bruins in a 4-3 loss to Pittsburgh Penguins. After that on November 22, Matt got his first NHLfeat to assist on the goal from teammate Jake De Brusk against New Jersey Devils and got his first victory on November 24, 2017, against Pittsburgh Penguins.

He then signed a two-year contract during the summer before the 2018-2019 season again with the Bruins. The team then qualified for the 2019 Stanley Cup Finals where he suffered from the head injury which resulted from elbow to head due to a Blue’s center player Oskar Sundqvist who was for the finals. But in the end, Blue’s eventually won the Stanley Cup. Matt is still a young player but he has been limited to play only six games due to his injury. He just returned on 10th February 2021 from a four-game absence due to a lower back injury and now he is back on the sidelines. Therefore, Matt did not play on 12th February 2021 but is expected to play in the next game probably and might make his comeback soon.

Matt is a 27-year-old hockey player who is currently single. It is said that he had at least one past relationship but the name of his ex-girlfriend has not been revealed. Like other celebrities, Matt also tries to keep his dating life private and it is confirmed that though he dated in the past, he has not been previously engaged and he doesn’t have any children.

There have been the latest controversies of Matt missing the rematch was held on Friday, February 12, 2021, as unfortunately, the defenseman has been suffering quite a lot and is not able to stay healthy this year. After winning the game against New York Rangers last Wednesday Matt was not seen on the field during the practice sessions. Hopefully, he might be seen in other matches.

As of 2021, Matt has an estimated net worth of $2250000. This makes a total of $5975000 which he earned through playing ice hockey as his main profession n during his career which he started in 2017 and still continuing to play. He ranks 1401 in NHL or hockey career earnings.