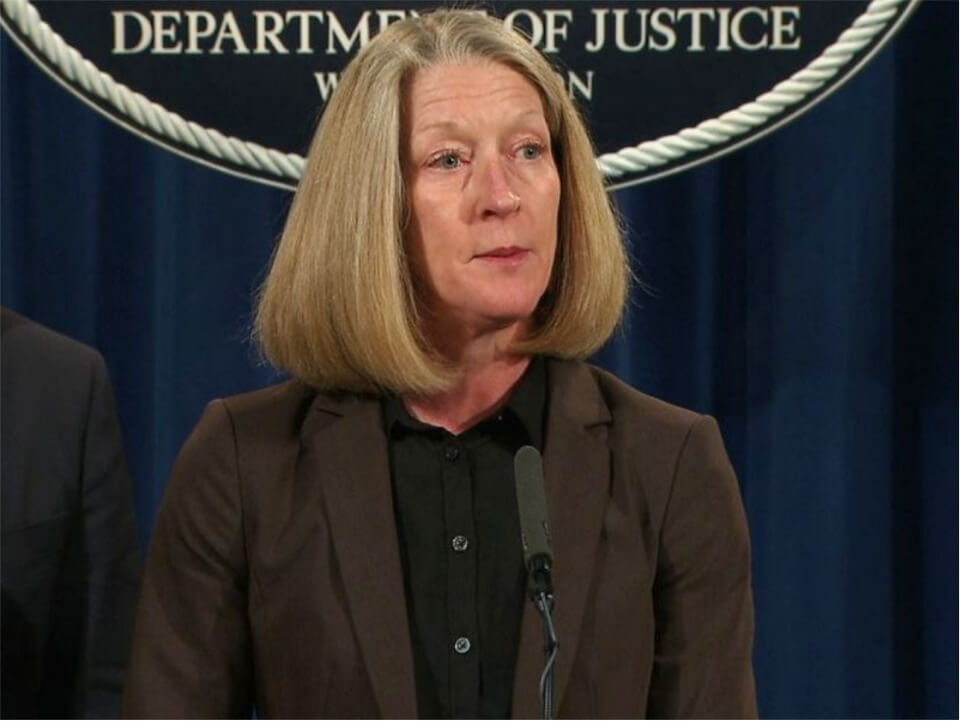 Mary McCord is an American personality and is popularly known as the Executive Director of ICAP (the Institute for Constitutional Advocacy and Protection). Apart from this, she is also a Visiting Professor of Law at Georgetown University Law Center. From 2016 to 2017, she was working as the Acting Assistant Attorney General for National Security in the U.S. Department of Justice, and from 2014 to 2016, she worked as the  Principal Deputy Assistant Attorney General for National Security.

Mary was born in the 1960s and grew up in Georgetown, Washington DC. She is a graduate student of Georgetown University Law School. During that time, she served as the law clerk for Judge Thomas Hogan of the U.S. District Court under the District of Columbia.

Mary McCord, who is extensively working at ICAP, used to lead a team bringing constitutional impact at the level of federal and state courts across a variety of areas including criminal justice reform, immigration, first amendment rights, and the private paramilitaries. Previously, McCord worked as an assistant attorney for nearly 20 years at the U.S. Attorney’s Office for the District of Columbia. She has also worked as Deputy Chief in the Appellate Division, where she has worked for hundreds of cases in the US and the District court of appeals.

Among the various other positions, she has also served as the Chief of the Criminal Division, overseeing the criminal cases and prosecutions in the federal district court. She has also served as legal counsel to the U.S. House of Representatives Task Force 1-6 Capitol appointed by the speaker Nancy Pelosi after the capitol attack on 6th January 2021. She was also appointed as a member to oversee the Columbus Police After Action Review Team. During that time, she was responsible for evaluating how the team in the Columbia, Ohio, Police Department was overseeing or responding to the 2020 summer protest.

McCord has written many articles and many pieces of writing regarding democratic terrorism, public safety, rules of the law for publication, unlawful militia activities, and lots of other writings for various media outlets including the Washington Post, New York Times, Wall Street Journals, Los Angeles Times, etc. She has appeared on television discussing things about politics, its outcomes, and the various other ongoing trends in the niche. She has been extensively shown on the TV channels like NPR, ABC, PBS, MSNBC, CNN, and other media outlets. McCord is the recipient of various other awards and honors including the Oliver White Hill Courageous Advocate Award from the Virginia Trial Lawyers Association in 2018, which she received after she got applauded for her work in ICAP against white supremacists and private individuals.

McCord is married to Sheldon Snook. Sheldon Snook is known to be working for the U.S. Attorney’s Office for the District of Columbia. It is known that it was Mary McCord who let her husband work as the administrative assistant and court liaison to the public and news media as she recommended his name to Judge Hogan. Sheldon Snook previously used to work as a spokesman for the Foreign Intelligence Surveillance Court. He is known to be extensively working in the U.S. Supreme Court.

He took a new role (after spending 12 years in the federal court as U.S. District Court and court liaison to the public and news media) as special assistant to Chief Justice John G. Roberts Jr.’s counselor. He has worked with dozens of judges and many among the different positional personalities like federal judges, court staff members, public defenders, federal prosecutors, and reporters from several news organizations have given appraisal to his work.

Mary McCord is surely earning a good income because of her long association with the profession of attorney and the US District courts. She entered the US Department of Justice as principal deputy assistant attorney general. She was initially appointed as a member to serve as the National Security Division in October 2014. Soon after her initial appointment, she took over the role of acting assistant attorney general in October 2016. Later, she joined the U.S. Attorney’s Office for the District of Columbia and served for around 20 years in a regular manner. Mary must be having her net worth as high as $10 million and as low as $2 million.