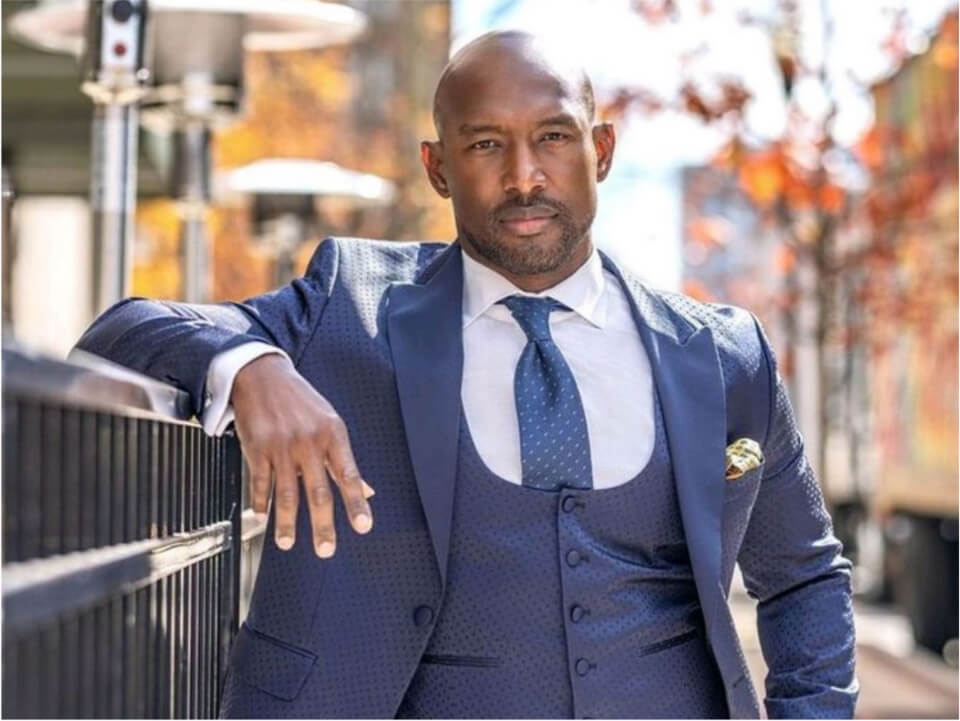 Martell Holt is an American-African personality who has earned widespread fame in the TV industry as the real estate entrepreneur and the TV star of OWN network’s reality series Love & Marriage: Huntsville. In the program Love & Marriage, Holt appeared with his ex-wife. After a brief stint as the reality television star, Holt turned into an author and published a book. Since then, he has expanded his reach and has made lots of TV appearances along with the name in the industry as the top real estate business holder and entrepreneur.

Martell Holt a known businessman, will be around 40 in 2022 as he was born on 4th January 1982 and is a native of Huntsville, Alabama. He is a graduate student of Alabama A&M University where he received his Bachelor of Science in Education in 2008.

Starring in a reality TV show has been the breakthrough part of Holt’s life. Most of his wealth comes from his real estate business and the success of the company Holt & Holt Entrepreneurship LLC. He founded his self-funded company in 2009. During the initial years of his professional life, Martell began working as a teacher at Sparkman Middle School but later resigned from the job. The reason behind this step was that he wanted to stay committed to his other dreams of becoming a businessman. He along with his ex-wife founded the company named Holt & Holt Entrepreneurship LLC, which gained huge success and made Holt collect the fund of around $2 million within a short period.

Later, Martell had his TV appearance in the reality show Love & Marriage: Huntsville, where he appeared along with his ex-wife and another pair from the industry. The show aired on the OWN network and featured three couples from the same place that is Huntsville. All the pairs in the show were from the real estate business. Since then, Holt has not appeared in any other TV show but he seems to be more focused on his real estate business. He is also the owner of another company named Holt Custom Homes, which he opened in his hometown.

Martell Holt is in the news as of July 2022 because of his dating life. He is known to be dating Sheree Whitfield. Sheree appeared on the TV reality show “The Real Housewives Of Atlanta” and is around 52 years old as of 2022. The pair is known to be dating for around two months and has now become an item for the industry. Sheree is the mother of three. She shares her children with her ex-partner and former NFL player Bob Whitfield, with whom she maintained the relationship from 2000 until 2007 and gave birth to two children named Kairo and Kaleigh. A few years back, she was in a relationship with Tyrone Gilliams, but they got separated earlier in 2022.

According to the sources including TMZ, it is confirmed that the businesswoman is seeking new ways with the new partner Martell. She explained that both of them came across with the help of a mutual friend and they both have now become quite good friends. She also added that she is now enjoying her life with her new partner. After one of the media men asked how serious the relationship is, Sheree responded that they have been hanging out together and she is right now enjoying her life.

Even after having a wife in his home and a father of children by that time, Martell maintained an extramarital affair at least for five years during the period of his marriage. His ex-girlfriend’s name is Arionne Curry, whom he met at a party and began dating behind the back of his wife. During the time, the girlfriend was not aware whether Martell was married, but after revealing the truth, his girlfriend chose to stay with him as she was already in love with him. Meanwhile, Holt produced four children with his ex-wife and one child with his ex-girlfriend before leaving her even after letting his ex-wife know about his extramarital affair.

Holt and his ex-wife were University sweethearts. They completed college together and fell in love. They had the aim to become teachers but after knowing the expansion of the industry and huge profits, Holt changed his profession from teaching line to entrepreneurship profession. The couple worked together for their TV reality show and earned a net worth of $1 million while they were still in their 20s.

Although the exact net worth of Martell Holt is still unknown, he is known to be a charming and emerging businessman in the industry along with being a TV reality show star. For the moment, Holt’s estimated net worth is somewhere around $20 million.