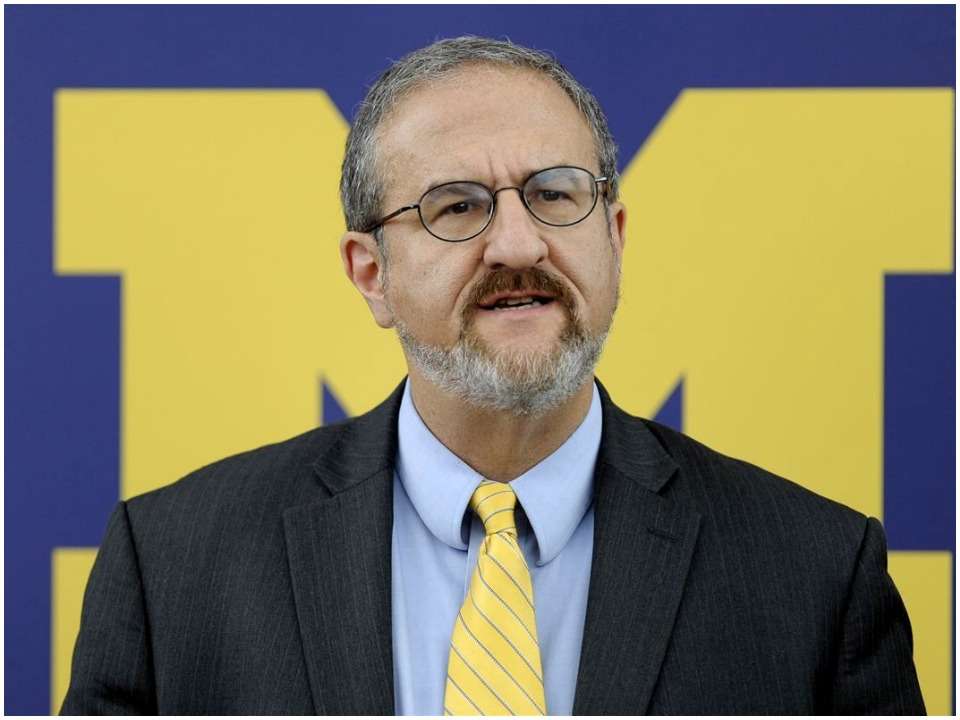 Mark Schlissel was born on 24th November 1957 and as of 2022, he is 65 years old. Mark spent the earlier day of his childhood in Brooklyn, New York in a traditional Jewish family. He received his graduation from Madison Central High School and was later inducted into the wall of fame in 2017. Mark holds the professorship of microbiology and immunology. He has also attained a professorship in internal medicine within the University of Michigan Health System as well as a professorship of molecular, cellular, and developmental biology in the University of Michigan College of Literature, Science, and the Arts.

The professor and the former president of the University of Michigan received his bachelor’s in arts in biochemical sciences from Princeton University in 1979. Later, he received his MD degree and Ph.D. in physiological chemistry from the Johns Hopkins School of Medicine in 1986. He also completed his medical residency at Johns Hopkins Hospital from 1986 to 1988. He has also received a postdoctoral research fellowship under the guidance of David Baltimore at the Massachusetts Institute of Technology.

He became a faculty member at the Johns Hopkins School of Medicine in 1991 and later moved to the department of molecular and cell biology at UC Berkeley in 1999. He joined the college as an associate professor and became a full-time professor in 2002. At UC Berkeley, Mark became the dean of the biological sciences from 2008 to 2011. Aftward 2011, he became the provost at Brown University. Under the presidency of Mark Schlissel, the University of Michigan’s tuition rose to the highest of any American public university.

Mark’s career began with the controversy while posting for the position of president at the University of Michigan. In 2018, an associate professor of American culture named John Cheney-Lippold declined to write a letter of recommendation for a student who was seeking admission abroad in Israel citing the human rights and support for the BDS movement. In response, the assistant professor was put on probation with the cut in his payout and subsequent vacations to be canceled as part of the punishment. At that time, the university and the policies of Mark Schlissel were criticized citing his discipline, breach of speech, and the rights to boycott or professional independence.

Mark was involved in a conflict with an activist over the support of continuing university investment in oil and gas industries. In this regard, a meeting was about to be organized by the students at Mark Schlissel’s office in the evening following the event of the Global Climate Strike, demanding a one-hour meeting with Mark Schlissel. Mark continued to refuse the meeting and the University of Michigan police were called in by an unknown administrative source. Following the threats, many students were arrested and were subsequently charged with trespassing on the university property.

The third incident happened on 8th December 2021, where it was cited that Mark was involved in an inappropriate relationship with a university employee. After an investigation, the authorities learned that Mark was involved in email communication with the use of a University email account with that subordinate. He was later deemed to be inconsistent with the dignity and reputation of the university. In this regard, Mark was fired from the position of the President of the University of Michigan by the University Board on 15th January 2022.

Mark is married to his loving and gorgeous wife named Monica Schwebs. She is working as an environmental and energy lawyer. The couple shares four children who have been adults by now.

As per reports or before the demise of the position of presidency of Mark Schlissel in the University of Michigan, Mark was earning a total annual salary of $927,000. As of January 2022, his estimated net worth is considered to be around $1.65 million.