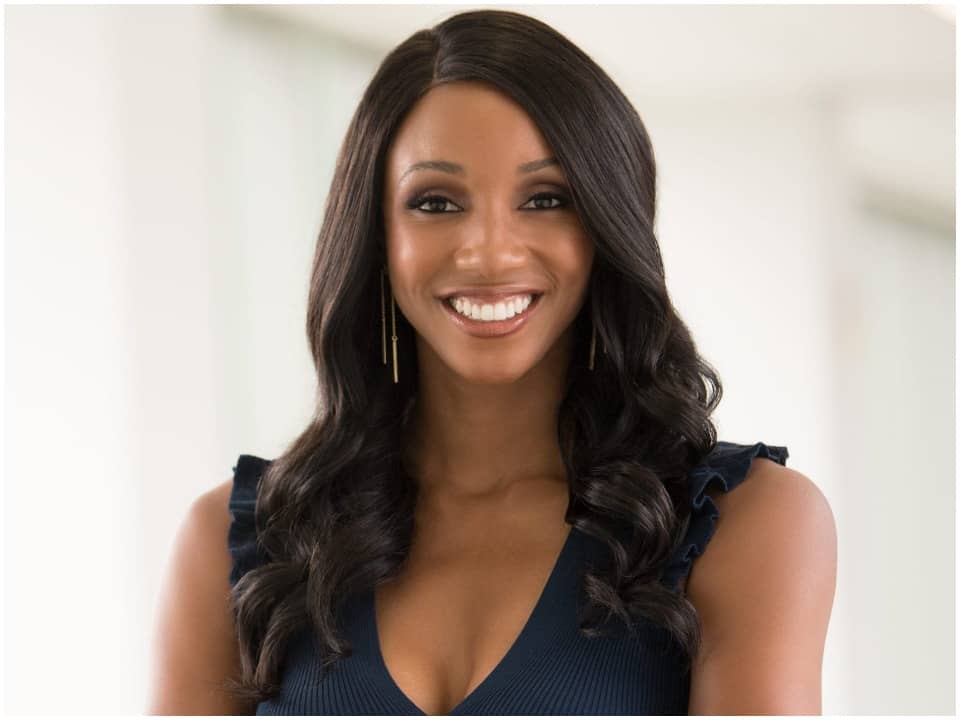 American television host, Maria Taylor has an enormous sports coverage across some of the prominent sports broadcasting networks including ESPN and SEC Network. Maria covers a wide range of sports like College football, volleyball, the NBA, and many others. She used to play basketball during her high school days and continued playing it for a consecutive period of 4 years. Moreover, she has received some of the great titles and awards which are hard to be earned, for instance, she won the Atlanta Tip-off team of the year title.

Maria Taylor was born on 12th May 1987 in the Alpharetta city of Georgia state under the parenthood of Steve Taylor and Suzette Taylor. Vanna Taylor is her sister while Steve Jr. is her brother and no information regarding other family members can be discovered. Apart from being into broadcasting and journalism, she is a sports-loving person who likes playing various sports like volleyball, basketball, and Athletics. She won different titles and awards in her 4 years of basketball career during high school. Maria finished her freshman, sophomore, and high school years at the Centennial High school in her native town.

She played basketball and volleyball for her school’s team in various inter and intra school competitions and made her school proud. Afterward, she received an athletic scholarship for her graduation from the University of Georgia and hence continued to play volleyball and basketball during college time too, Moreover, during her college time she was a named player from All-Sec volleyball team for every season, and at the end of her college, she was ranked 4 in prospects of total points.

Maria was a sports enthusiastic girl from an early age and hence she was a part of school’s Athletics, volleyball and basketball team, she continued her legacy during her college days at the University of Georgia and got entitled to various awards and helped her college’s team to acquire various medals and awards at different levels. She also played for the USA Volleyball Junior National A2 team and helped them to secure a bronze medal, her college career ended in the fall of 2008. After graduating from university she used to work as a Reporter for IMG College at the University of Georgia, in addition, that she was spotted working on various studio shows like Dawg report and SportsNite.

Her career got a boost when she got a job as a sideline reporter in ESPN weekly  Saturday night college football and orange bowl. Further, she joined the SEC Network in the year 2014 and she worked as a football reporter with the commentators in addition to it she was also a Volleyball and women’s basketball analyst at SEC telecast.  She worked at SEC Network for 5 consecutive years and then she began working as a host at NBA countdown, which is a pre-game session. In the year 2020, she was a sideline reporter for the football match between Pittsburgh Steelers and New York Giants. She left her job at ESPN in July 2021 after the NBA Finals.

She is happily married and enjoying her life with Rodney, they both met with each other during a match and there they exchanged their phone number and began texting more often, and finally, Rodney asked her for the marriage and they finally tied the sacred knot on 5th May 2019.

She makes most of the money from journalism and a minor share of money from analyzing the games, she charges an average salary of $87.9K annually, and she was earning a whopping amount of $100K by working as a sideline reporter for ESPN. Maria’s Net worth is estimated to be $2Million.

“Nobody should stop you until it’s your wish to stop”, this statement has been clearly proven by Maria Taylor, she used to be discriminated against by her coaches during her practice sessions of basketball, she ignored them all and continued to improve her skills and played the game during her school and continued the same during her university and it is her knowledge and inclination towards the game which makes her hella unique from another sportscaster, she is into her 30’s and it is the age when most of the sportscaster do Excel in their career and by going through her career it can be easily said that she will for sure do better in her bear future and Excel as an analyst as well as a T.V Host.