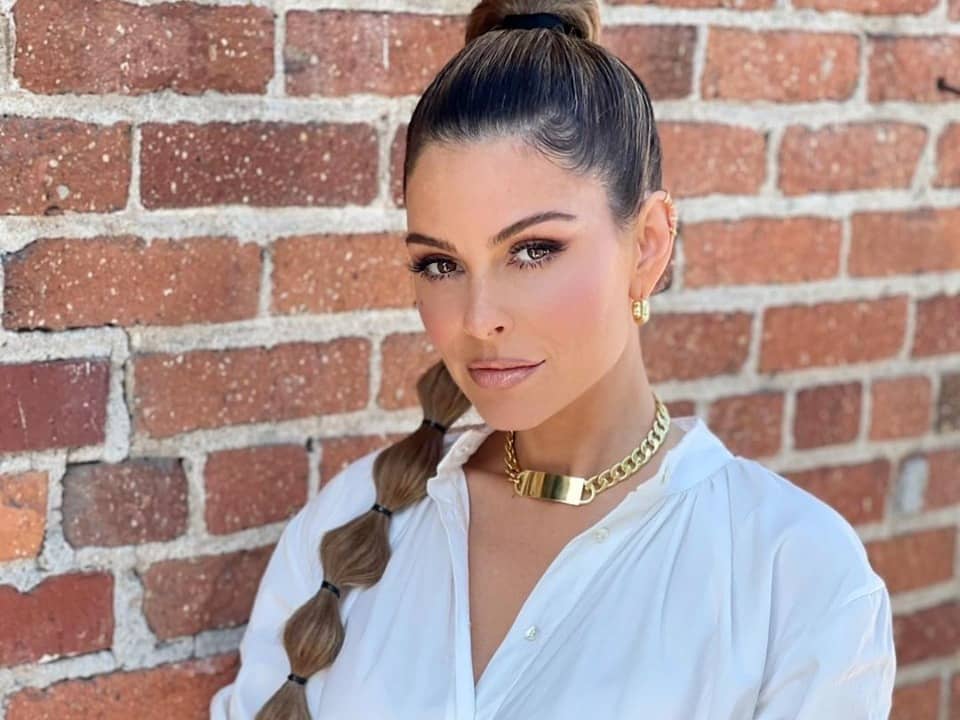 Maria Menounos is an American Entertainer, television personality, actress, and professional wrestler. She is famously known to have worked as a host on Extra and Enews! And as a correspondent for Today and Access Hollywood. She is a multiple pageant holder and also an Emmy award winner.

Maria was born on 8th June 1978, in Medford, Massachusetts, USA. She was born in a Greek immigrant family to her parents Costas and Litsa Menounos. Her parents worked as janitors in a nightclub in Boston. She is known to have a brother named Peter. She is known to have completed her high school education at Medford High School after which she went on to attend Emerson College in Boston and graduated in the year 2000 but her major is unknown.

Maria started her career as a model in 1995 and started modeling and entering beauty pageants. As a teen, she won the Ms. Massachusetts Teen, USA and but could not win Miss Teen USA. In the year 200, she also participated in Ms. Massachusetts USA and ended up as a runner-up. She started working as a reporter while she was in college and started working for Channel one news. she was part of various significant events and also interviewed NATO aircrew members along with the 2001 earthquakes. In 2002, she went on to work for Entertainment Tonight as a correspondent in fashion and music but left soon n 2005.

She also worked at Access Hollywood and Tonight as a correspondent the following years and in 2005, she appeared in her debut role in the film Fantastic Four as a nurse. She gained a lot of attention for her voice which she provided in dubbing for James Bond video game. Later became the spokesperson for Pantene and the following year in 2006, she got the opportunity to host Eurovision Song Contest. In 2012, she participated in “dancing with stars” but was eliminated after ending up in 4th place. she started her own show named “conversations with Maria Menounos” where her first guest was Zoe Saldana while in 2014, she came up with a reality show named “chasing Maria Menounos”.

In 2015, she started working at E!News as a co-anchor and worked till 2017 until she took a break due to her illness. She is also a wrestler as she and debuted as a wrestler in 2009. She played with the team WWE tribute to the troops and won several matches. Maria also competed in the WWE diva’s champion and by 2013, she was inducted into the WWE Hall of Fame. She has also hosted the red carpet for the WWE hall of fame show for six consecutive years since 2014.

She started an online entertainment network named Afterbuzz tv where she currently is a board member and is also the CEO. The platform holds several podcasts including Maria’s own “conversations with Maria Menounos”. She is also currently signed with WWE. Recently she launched an online social event with Dunkin Donuts where she would hold a series of interviews with celebrities. She also recently co-hosted Live with Kelly and Ryan’s show to fill in for Kelly Ripa’s absence and immediately caught a lot of attention.

Maria is currently married to her husband Keven Undergaro, a director and producer. The two have been seeing each other since 1998 and finally got married in the year 2017. She was proposed live on her radio show “The Howard stern show” and in December 2017, they got married at time square during new year’s festivities which was live on the Fox channel’s New Year’s Eve with Steve Harvey. They also had a proper wedding later in Greece. Maria has suffered medical illness as she was diagnosed with a brain tumor in 2017 and underwent surgery for the same. She has tried for a child several times but was unsuccessful and is now looking for surrogate options.

Maria has always been conscious about social work and deeds and started a charity organization named “Take action Hollywood” inspired by her visit to South Africa where she witnessed crises due to AIDS. She also started the “cosmo girl cup” where girls compete in social work and welfare activities. She has also raised awareness about several important issues like Blood donation.

Maria has been working in television, films, and also as a host and podcaster for several years and has earned immense wealth. Her major source of income is through these various sources of entertainment. Her net worth as of 2021 is estimated to be around $4.5million.

Maria is a talented woman of varied interests and talents. She has made herself known in several areas like entertainment, news as well as in sports. Maria is a highly athletic and energetic woman who loves to entertain and host. She is also a loving daughter and wife and wishes to be a mother soon. Her journey over the years has been filled with a lot of success as well as difficulties and she overcame all of it to be able to stand where she is today.