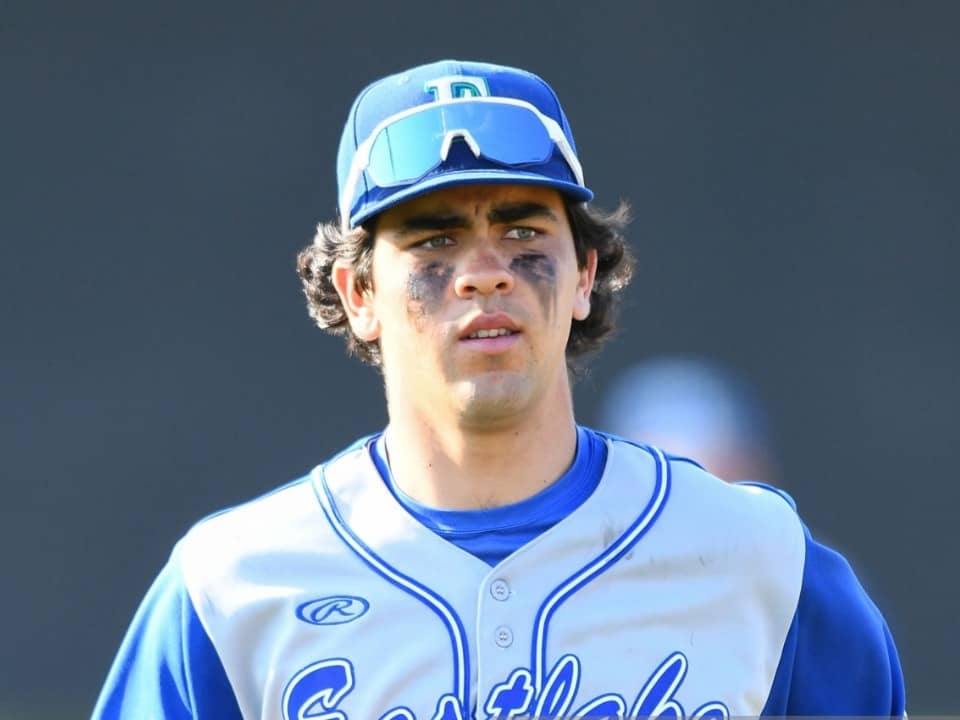 The top prospect for 2021 for the major league baseball draft, Marcelo Mayer is an 18-year-old left-handed American baseball shortstop. He had played some of the well-known baseball tournaments and championships including the Perfect Game All-American classics which in turn gives his career a great kickstart. He had positioned himself as the top prep school position player in the nation.

Mayer was born in the Chula Vista city of California in the United States of America on 12th December 2002 to Enrique Mayer and Myriam Mayer. He has an older brother, and the most interesting fact is that his brother bears the same name as his father Enrique. Apart from playing baseball only, he was highly inclined toward outdoor sports as a child, he loved to play golf and basketball.

Being an 18-year old, it is pretty much obvious that he must have stepped into his college a few months or a year before. He completed his high school education at Eastlake in California. Moreover, he committed to his college team, USC for playing baseball. Being a kid he developed a keen interest in playing outdoor games like golf, baseball, and basketball as a result of which he did not pay enough attention to his studies.

Mayer’s parents enrolled him in Eastlake High school in California. There, he became Eastlake varsity starting shortstop as a freshman in 2018. Afterward, he committed to play baseball for the University of Southern California. He is a potential first-round pick in the 2021 MLB draft. As a sophomore in 2019, he batted .261 alongside pitching to a 2.00 ERA over five appearances.  In 2020, his junior season, he hit .294 with three home runs, six RBIs, and two doubles before the season was canceled due to the COVID 19 Pandemic. That summer, he played in the Perfect Game All-American Classic. As a senior in 2021, Mayer batted .392 with 14 home runs and 45 RBIs. in his short career of 2-3 years, he had won 22 titles and awards which makes him a potential player.

His frequency of posting photos and videos on Instagram(@marcelomayer_10) is negligible. To date, he has just posted 6 photos and each of which is related to tournaments and championships. Furthermore, he has a follower count of just 4.58K, and he had not received his verified badge on Instagram yet. Coming toward his Twitter handle(marcel_mayer10), he has a follower count of just 791 and he is not verified on Twitter as well. Hence, it can be concluded that he is not active on social media.

Mayer gives his relationship accurate attention which must be given, it cannot be said that his relationship lags behind his career. He is a man who has decided to stick to one girl rather than wandering around different girls. He is committed to a girl named Valaria Breton. There cannot be found an exact date on the web from which they have started dating. further, no past records relating to his relationships could be tracked onto the web. Moreover, no information regarding his girlfriend could be fetched from the internet.

As a building player, no perfect number regarding his net worth could be found on the web, although he is receiving enough funds from this team owner which in turn fulfills all his needs. Talking about his income generation sources, he earns from the tournaments, moreover, he gets some financial aid from his owners too.