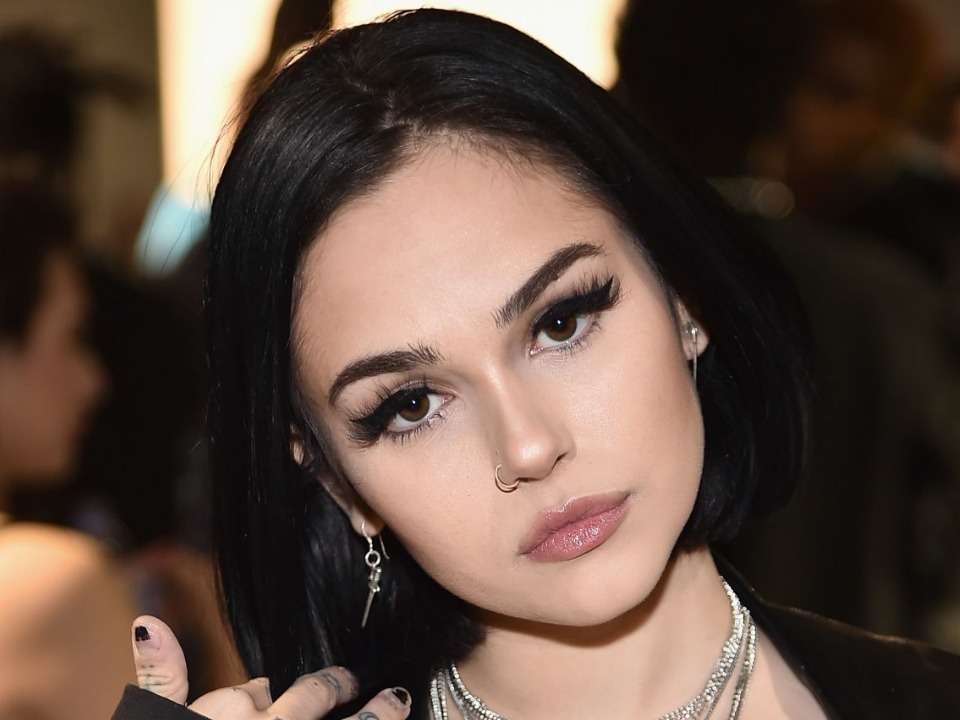 Maggie Lindemann is a young, talented, and popular American Singer and Songwriter. She is famously known for her song called “Pretty Girl”. She has also collaborated with The Vamps, Travis Barker, Cheat Codes, SNOT, Ye, and Taylor Wise. At a very young age, she started singing and was also a part of the Church Choir group.

Margaret Maggie Lindemann was born on 21st July 1998 in Dallas, Texas, United States of America.  Her parents’ names are Barton Duane Lindemann and Susan Denise Denson. She also has a brother whose name has not been revealed to the media.  At the age of 4, she used to sing in the church choir. She attended J.J. Pearce High School in Richardson, Texas, and later to pursue her career in music she moved to Los Angeles.

Maggie was discovered on YouTube when her video of her singing the National Anthem was uploaded. The marketing strategist from Sony Music was impressed with her work. Later she signed a contract with 300 Entertainment and Warner Atlantic Labels. In September 2015 she made her debut song named “Knocking your Heart” which earned top 20 ranks on iTunes alternative chart. On 30th October 2015, she released another song named “Couple of Kids”. Further on 29th January 2019, she released her third single called “Things”.  On 5th February 2016, she released an official music video of her song named “Things”.

On 29th September 2016, she released another song called “Pretty Girl” which was ranked 4th on the Next Big Sound Chart and 26th on the Spotify viral 50 charts. In 2017 she released another single named “Obsessed” and the same year she collaborated with The Vamps on the song called “Personal”. Her song was also made into remix versions with the help of Ye, Taylor Wise, and Cheat Codes & Cade. In 2018 and 2019 she released songs named “Human”, “Would I” and “Friends go with” with Travis Barker. On 24th April she released a single named “Friends”. In 2020 she released her album named Paranoia. The songs in the album were “Knife under My Pillow”, “Gaslight” featuring Siiickbrain, and “Scissorhands”.  She also worked with SNOT on a song named Moon & stars.

Her first three single named Couple of Kids, Things, and Knocking your heart have been ranked in the top 50 Spotify viral, 50 worldwide charts,s and top 5 of Canada Viral Chart. Her song Pretty Girl was charted on US Pop Radio Charts peaked at 50 and 8th on the UK Singles Chart.

In 2015 she was rumored to have a relationship with a Vine star named Carter Reynolds. But they broke up and in 2016 she started dating Mickey Barone. Later in 2017, she used to date a famous YouTuber named Brennen Taylor. Currently, she is dating Brandon Arreaga who is a part of a boy band named Pretty Much.

Maggie is a very popular American singer and songwriter who has received more than millions of views on her songs. She is a very hardworking and dedicated human being. According to sources her net worth has been estimated at around $1Million. She is quite popular on social media sites and has millions of fans. On YouTube, she has 1.62 million subscribers. On her song named Pretty Girl, she received over 71 million views. She has got 491.9 thousand fans following on Twitter and 4.3 million followers on Instagram.