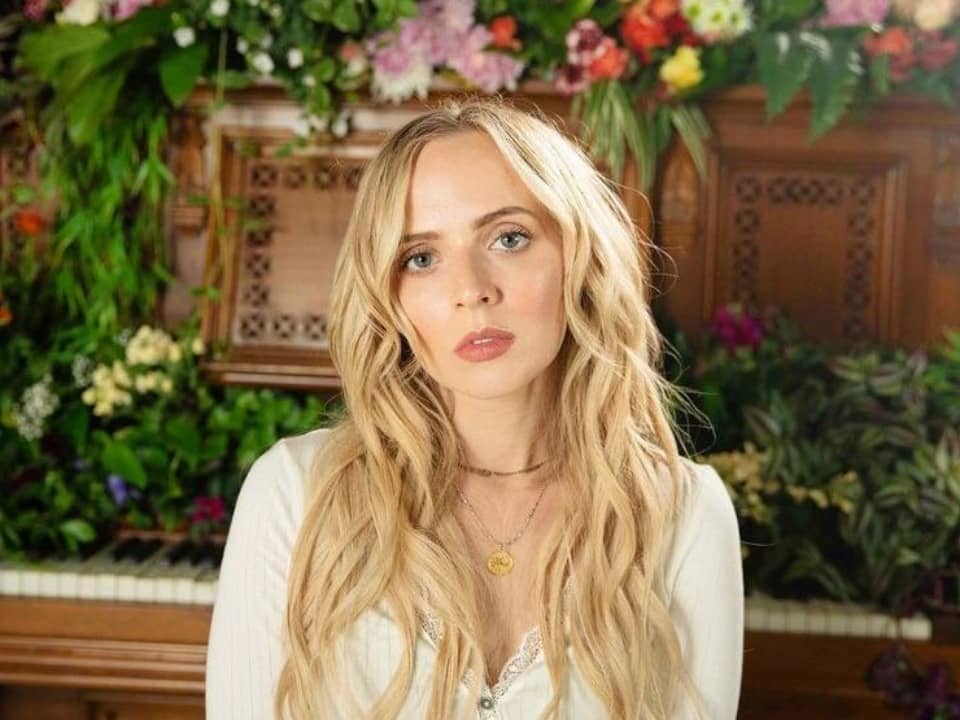 Madilyn Bailey Wold is an American young and talented YouTuber, singer, and songwriter. She has attracted 8.04 million subscribers on YouTube till now. She has appeared on French TV shows to promote her cover songs and also promoted her original single “Tetris” on the American TV show Today in 2018. Apart from this, she recently went viral over her audition video performance at America’s Got Talent. She sang a song made from the hate comments she received from the audience on her channel.

Madilyn Bailey was born on September 2, 1992, in the village of Boyceville in Dunn County, Wisconsin, United States, to a middle-class family of Greg Wold and his wife Heidi Wold. Her father serves in an advertising firm. Her five siblings are Isaac, Haley, Caden, Alex, and Jordan. She started writing songs and playing music at seven and also played in the marching band of her high school.

She was raised in a village of 1000 people so it wasn’t quite possible for her to continue with her musical interests. Also, there were limited opportunities options available regarding to shift to another place for musical career thus she didn’t have any choice left. She worked as a certified nursing attendant before plunging into a full-time music career. While working on this job, she used to play acoustic guitar and drums. She won a Guitar center Singer/Songwriter Competition following which many opportunities came by. The early years of Madilyn saw her studying at the ‘Grahams Elementary School’. She completed her high schooling at ‘Boyceville High School’ where she played in the marching band.

She started making cover songs in her bedroom with her simple camera and posted them on the video-sharing website, Youtube. These covers included popular songs of artists like Madonna and Rihanna and within six months she started getting noticed. *As her viewership grew, Madilyn concentrated on ameliorating her YouTube channel and in that pursuit graduated six months earlier from her high school in 2011. She joined a YouTube-based record label ‘Keep Your Soul Records’ in 2012 where she assisted in producing her own material. In 2013 she relocated to Los Angeles and in the second half of the year, she toured the United States and Canada with the American rock band ‘Boyce Avenue’. It was founded by three brothers – Fabian Rafael Manzano, Alejandro Luis Manzano, and Daniel Enrique Manzano. Within two years, she successfully garnered more than 5,00,000 subscribers and around 70 million views.

In 2015 she posted her ‘Titanium’ which was originally sung and released by French DJ and David Guetta in his 2011 album ‘Nothing but the Beat’. Her popularity furthered with her next cover song ‘Radioactive’ in 2015 that was originally sung and released by the American rock band ‘Imagine Dragons’. Her debut album of covers was released in France on October 2 that year titled ‘Muse Box’. It included cover songs like ‘Titanium’, ‘Radioactive’, ‘She Wolf (Falling to Pieces)’, ‘Hotel California’, ‘Believe’, ‘Rude’, ‘Don’t You Worry Child, ‘Mad World’, ‘Chandelier’, ‘Use Somebody’, ‘Bad Blood’, etc. On July 12, 2016, she released her first EP titled ‘Wiser EP’ that for a change comprises mostly original work than covers. The five tracks of the EP are ‘Wiser’, ‘Hate You More’, ‘Scars’, ‘Survive’, and ‘Death of Me’.

On March 31, 2014, Madilyn engaged her boyfriend, musician James Benard, who also serves as her manager. They declared their engagement on YouTube through a sweet video. They got married on August 22 that year in Wisconsin among family and friends.

As a successful career woman, Madilyn is quite rich to reflect her success. She has an estimated net worth of $7.5 million. Her main source of income is from her profession. She is one of the hardworking stars ready to reach heights.