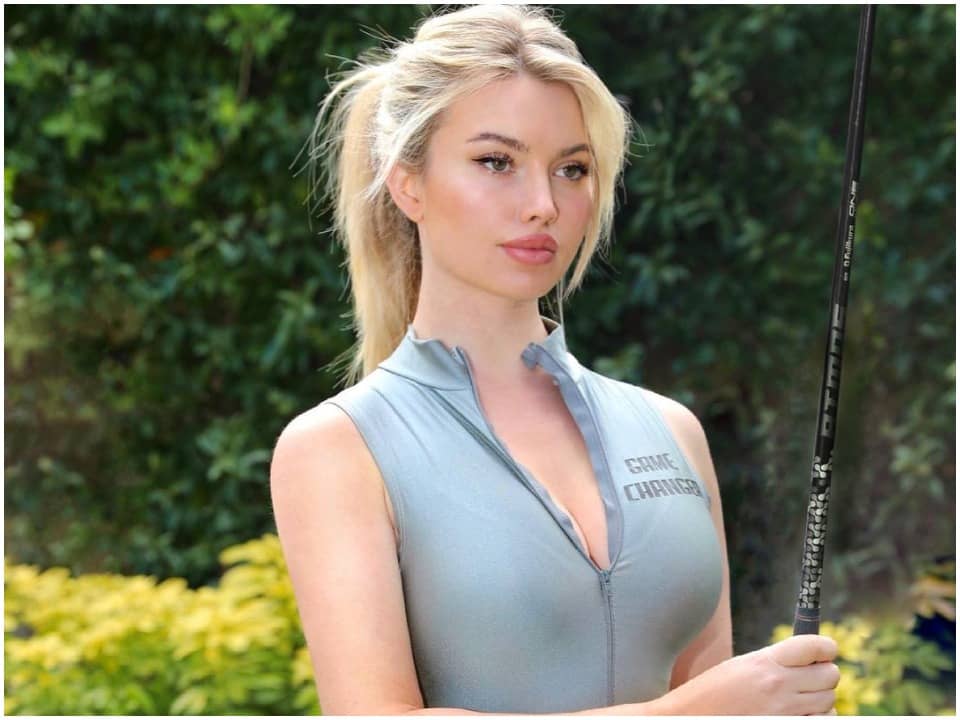 Lucy Robson is a British golfer who shot to popularity after becoming an Instagram influencer. She is currently capturing everyone with her gorgeous looks and impeccable golfing skills. Robson also managed to inspire girls to choose golf as she made it seem cool. She was also the Treasure Coast Player of the year in 2012 and 2013.

Lucy Robson was born on March 10, 1995, in London, England. She went to a school in Surrey till 2005. In 2005, at the age of 10, her family gained Green Card status and they moved to the USA. Her parents are Nick and Jayne Robson. She also has a sister named Harriet Robson. Her hobbies are travel and to work-out. She has a very supportive family. She attended Jensen Beach High School and graduated from the University of South Florida. Growing up she had a busy schedule managing everything.

In order to pursue her dream, she shifted to Florida and later started to play golf and also participated in tournaments such as JPT, SFPGA & FGT. She later played on Florida’s Junior Tour and also went on to play at both national as well international events. Robson played twice for the South team in the Junior Florida Cup. Her GHIN handicap is 1.1 and her ranking on the Junior Golf Scoreboard was 589 nationally in all age groups. In July 2011, she attended the Callaway Junior Golf Championship at Torrey Pines and led her High School team to 2nd place at state. It was the highest Jensen Beach has ever achieved under the training of her coaches Martin Hall from Golf Channel’s School of Golf and Rod Curl Jr. of Hammock Creek G&CC, Florida.

She said they are the most amazing people she ever worked with. In 2014, Robson had her career-best 74 and also played for both the University of Florida and the Cal Poly Mustangs. Now she doesn’t compete as heavily but she lives a great and active life as a social media influencer. She inspired the younger generation of women to choose golf and also shares golf training clips and yoga poses making her fans pick up working out again. Lucy is associated with Swag Golf and Bang Energy, endorsing their products and modeling for them. She also collaborates with one of the world’s biggest online markets of women’s clothes, Fashion Nova. Lucy has installed a golf simulator in her house to pass time during this quarantine. She said she wanted to practice.

Robson has been stirring up the social media platforms by sharing stunning pictures of herself and making everyone go crazy on her. In this pandemic, she is keeping herself busy by sharing her photoshoot pictures and working out. She shares workout videos and tips inspiring people to work out more and for that, she gets lots of love from her fans on her social media accounts. Lucy has around 978k followers on Instagram under the username @lucyrobson. She has around 1.7 million followers on her Facebook page. She also has a Tiktok account, where she posts plenty of clips of her working out or just her gorgeous self.

Robson has kept her personal life private. She hasn’t announced if she is dating. Although she has close friends, there aren’t any rumors about her dating. She seems focused on her life and spending time for herself.

It’s hard to say what Robson’s net worth but it is estimated to be around $5 million which is quite obvious. Whatever she earns, comes from her gold career and winnings from it. She is an influencer and social media sensation so definitely she earns from endorsements and sponsorships as well.