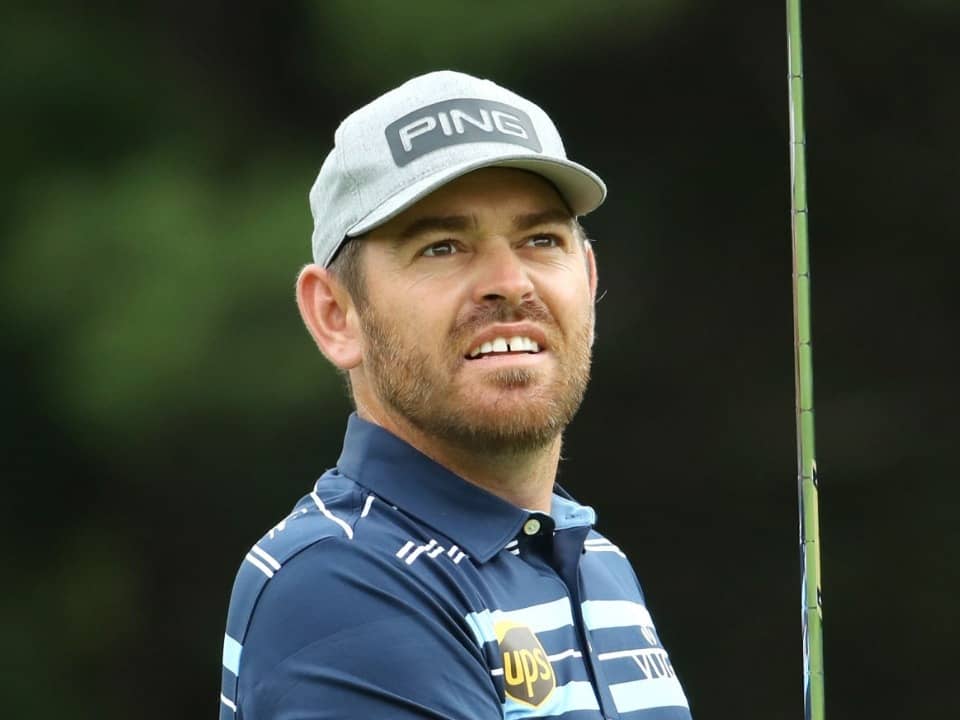 Louis Oosthuizen is a 38 years old professional south African Golfer, who became popular and gained fame when he won the 2010 Open championship which itself is a great milestone to be achieved in a golfer’s career. He reached the world ranking of 4 which is his career’s highest in the year 2014 and currently he is ranked 20 by the Pro golfer. He had played in the well-renowned championships of golf which in turn proves a hard-working and great sportsperson.

Lodewicus Theodorus Louis Oosthuizen was born in the Model Bay city of South Africa, hence his Nationality is South African. He was born to Mr.Piet Oosthuizen and Mrs.Minne Oosthuizen. Further, Louis was born in October month of 1982 and he celebrates his birthday every year on the 19th of October. He belongs to a family who loves animals and hence his father also owned a milk dairy of 110 cows.

Apart from being into golf and sports he loves spending his time on the farms and most importantly he loves driving tractors. Being into his late 30’s there isn’t a shadow of a doubt that he has completed his education, however, there aren’t any websites that make claims about his primary, high school, and his university education. Further, no information about his majors and minors subject in his whole education.

He started his golf career by playing in some Amateur tournaments after his 3 years of training’s financial aid was supported by the foundation of fellow South African Golfer Ernie Els. He won a bunch of Amateur tournaments before he turned into a professional player in 2002 when he was 19 years old, in 2002 he won the Eisenhower Trophy in which he represented his nation, South Africa. Afterward, he began his professional career and he won 5 tournaments namely The Vodacom origins of golf tour(2004), the 2007 Dimension data pro-AM, platinum classic and he won the Telkom PGA Championship twice in 2007 and 2008.

Furthermore, in 2010 he won his first European tour and in addition to it, he won the 2010’s Master’s par 3 contest. And it was at this time when people started knowing him and he gained some face value. In 2012 he made his ranking to the top 10 and in 2013 he won the Volvo golf champions, I. 2017 he ended the PGA championship being a runner-up. Talking about his recent career, in 2021 he got onto the 4th position in PGA Championship and he finished at 2nd place in the U.S open in California.

He posts very rarely on his Instagram(@louisoosthuizen57), he has posted a total of 257 posts and has a follower count. Of 96.1K and most of the photos on his, Instagram are either about himself on-field or with his family. Further, he tweets regularly over his Twitter(@Louis57TM), he has a follower count of 102.5K. Moreover, he has received his verified badges on his Instagram as well as his Twitter.

He tied his wedding knot with Mel-Mare in the year 2007 and before that, there isn’t any news available on the web which tells about his affairs and relationships. Moreover, he is blessed with 3 children namely Jana, Sophia, and Emma.

He makes most of his earnings from championship-winning prizes and his monthly salary from his team. He has a net worth of $20Million.

There aren’t any words that can define the hard work of a sports person, it’s very hard to tell a sports person’s ability. It is only the number of awards and championships he had won throughout his career which can tell about the sportsperson and Louis has proved his abilities to various extents ranging from professional tournaments to Amateur tournaments. He had always gone far away by pushing his boundaries and limits and the same will be seen in his near career.