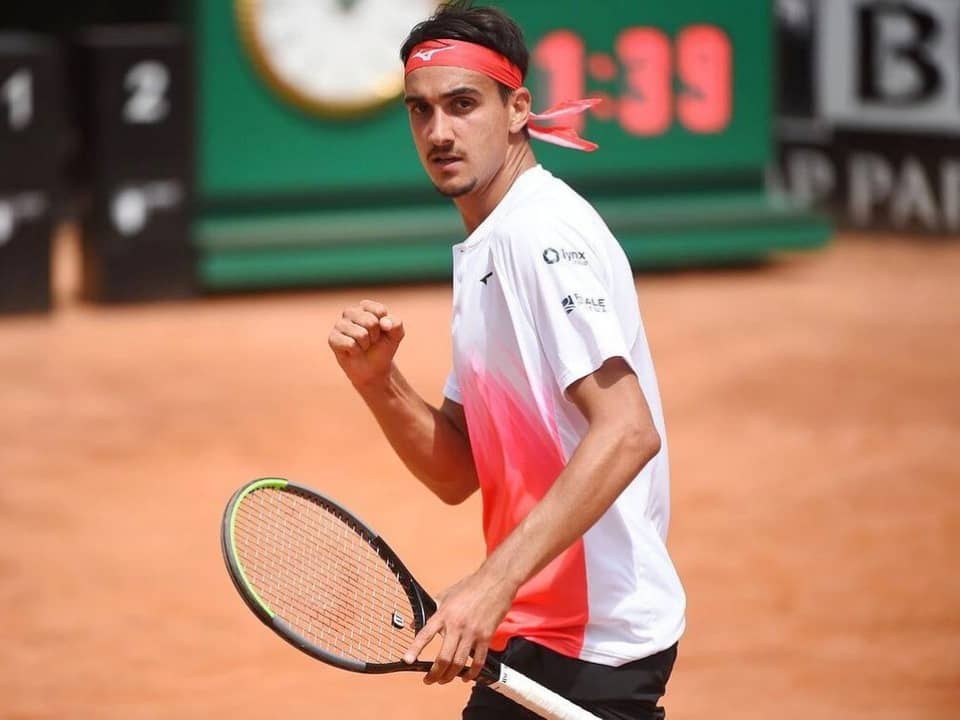 Lorenzo Sonego is an Italian professional tennis player who is preparing to make history in Wimbledon 2021. Lorenzo will face one of the best players in the ATP at the moment, Roger Federer in the round of 16. In the year 2014, on June 14th Sonego achieved world ranking, no. 26 as a career-high ATP singles ranking. He also managed to have career-high ranking ATP doubles no. 132, on 12th April 2021.

Lorenzo was born on 11th May 1995 in Turin, Italy. His father’s name is Giorgio Sonego and his mother’s name is still unavailable. He started playing tennis when he was eleven years old. Information about his siblings and where he grew up is still a mystery to others. Lorenzo is a focused tennis player and started playing at a young age. He must have completed his education until now but no one knows for sure about his schooling and university.

He made his official debut in the year 2013. He made his ATP tour debut in May 2016 at the Italian Open, where he received a wild card and lost in the first round to Joo Sousa. Lorenzo won his first challenger title on October 17, 2017. He defeated Tim Putz at the 2017 Sparkassen ATP challenger. Sonego began his Grand Slam career by defeating Robin Haase at the 2018 Australian open. In the second round, he was defeated by Richard Gasquet. Lorenzo entered the 2018 Wimbledon as a lucky loser after being defeated in the third round of qualifying by Ernest Gulbis. Taylor Fritz defeated Lorenzo in straight sets in the first round.

Sonego won both titles of singles and doubles at the 2021 Sardegna Open in April. Sonego defeated Dominic Thiem in three sets in a match that lasted more than three hours in Rome, giving him his second top ten victories in his entire career. As a result, he advanced to his second master’s quarterfinal, where he defeated seventh seed Andrey Rublev for his third top-ten victory. In the semifinals, he faced world no. 1 and defending champion Novak Djokovic again, but lost in three sets. After that, he entered the Wimbledon 2021 but couldn’t perform as per his ability because he lost to Roger Federer in the Round of 16 with a score of 5-7, 4-6 & 2-6.

Lorenzo is currently in a relationship with his girlfriend Alice Petruccioli. They must’ve been together for more than 1 year now, it’s still under review but the couple seems happy together. They travel together with many times and posts on Instagram. He has a verified Instagram account with 83.6 K followers and 647 following. Lorenzo posts mostly about his game, girlfriend, and funny videos. He has 496 posts up until now on Instagram. He has an official website about himself.

Lorenzo is a professional tennis player and has managed to keep himself up in all his games. Sonego has won a total of $1,939,432 of price money till now. As of 2021, the total net worth of the player must be around $1 million at the moment.