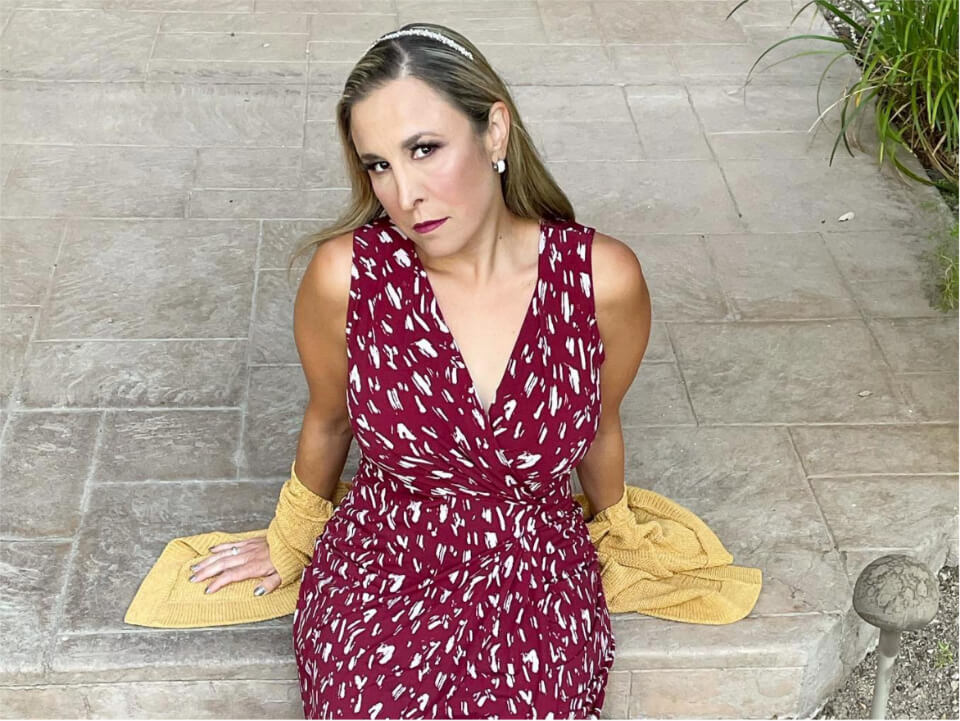 Lindsay Glazer is an American personality who is known to maintain her position in the comedy world at various legendary clubs including The Comic Strip, Dangerfield’s, Laugh Factory, and The Improv. Within a short period, she has earned both name and fame with her comedy shows. She is being referred to as “brutally funny stand-up” and has appeared on Comedy Central’s Sit ‘N Spin. She has also performed in a few festivals including Gilda’s Laugh fest (twice in a row), North Carolina Comedy Festival, the New South Comedy Festival, Sacramento Comedy Festival, and others.

Lindsay Glazer was born in the 1980s and raised in Peoria, Illinois. She is a graduate student of Tulane University Law School, from where she earned her law degree and later started focusing on criminal defense.

Lindsay has been a licensed attorney in the state of Florida since 2003. According to her bio on Twitter, she is an attorney by day and comedian by night. On her social media platform, she describes herself as the #AlphaBitch comedian. Lindsay Glazer is a known comedian in Peoria, Illinois. You can catch her doing varieties of work over the different things on Sirius XM Radio, Apple Music, iTunes, Deezer, Amazon Music, Tidal, and Pandora, and can also be seen on Comedy Central. She has developed herself into a comedian star, voiceover personality, writer, lawyer, and expert witness who roams around the country with regular paid work at different clubs in the country.

She is also known to share her comedy work and other tasks with various other high-profile personalities in the TV industry. Lindsay has worked and shared her stage with Russel Peters, Steve Byrne, T.J Miller, D.C. Benny, and Jim Florentine. On her professional website, Lindsay says that she stays inspired by her 6 years old daughter named Daniella. She has developed herself into an expert in criminal defense and is now working in the line of producing laughs and jokes for the people. Lindsay is also known for her expertise while making a combination of both her legal experiences and the comedy laughs. On her website, Lindsay says that she is preparing for her book that would somewhere be released in 2023. The name of the book is “Am I Fucking Zen Yet?”

Lindsay is known to be living with her small extended family including a nanny, a dog, two cats, her daughter, and her husband. Her husband’s name is Jacob Woloshin and the couple has raised a daughter Daniella, who is around 6 or 7 years old by now.

Legal Allegations Against Lindsay and her husband

Former NBA player Scottie Pippen filed a legal suit in April 2019 against Lindsay and her husband Jacob Woloshin. He alleged that the couple had caused damage to his mansion in Fort Lauderdale, Florida. The player calculated the damage and it turned out to be around $100,000. In the documents and the complaint filed on 2nd May 2019, Pippen also included the couple’s then-5 years old daughter in his complaint while filing the lawsuit. Pippen claimed that the child had damaged the walls with crayons and markers. Lindsay Glazer and her husband Woloshin were bound by the deal to make the payment of $30,000 per month to rent Pippen’s mansion.

They rented the mansion after their own house was damaged because of hurricane Irma, as stated in the lawsuit. The lawsuit and Scottie Pippen’s complaint against the comedy star and her husband have made the headlines after the complainant claimed and included the name of the then 5-year-old daughter of the pair. In his complaint, Pippen says that the couple allegedly allowed their daughter to defame the elements of the house with her painting or drawing material. He stated that the couple was responsible for the conduct of this action.

Despite making her stable career in different professions, Lindsay stays available on Comedy Central’s Sit N’ Spin. She has also won the US Comedy Contest in 2019, making her certified for her comedy and stand-up works. Lindsay has also shared the big screen while working on a few projects like Burn Notice, Court TV, Sex Life, Comedy Doctors (TV Series), and others. She is famously known as “Alpha Bitch” because of her famous YouTube channel where she often posts her funny and relatable content.

She has developed herself into a writer, lawyer, comedy stand-up performer, the winner of one comedy show, actress, TV, music, and voiceover personality. Surely, she must be earning a good income because of her different professions. For the moment, Lindsay’s estimated net worth is somewhere around $3 million.