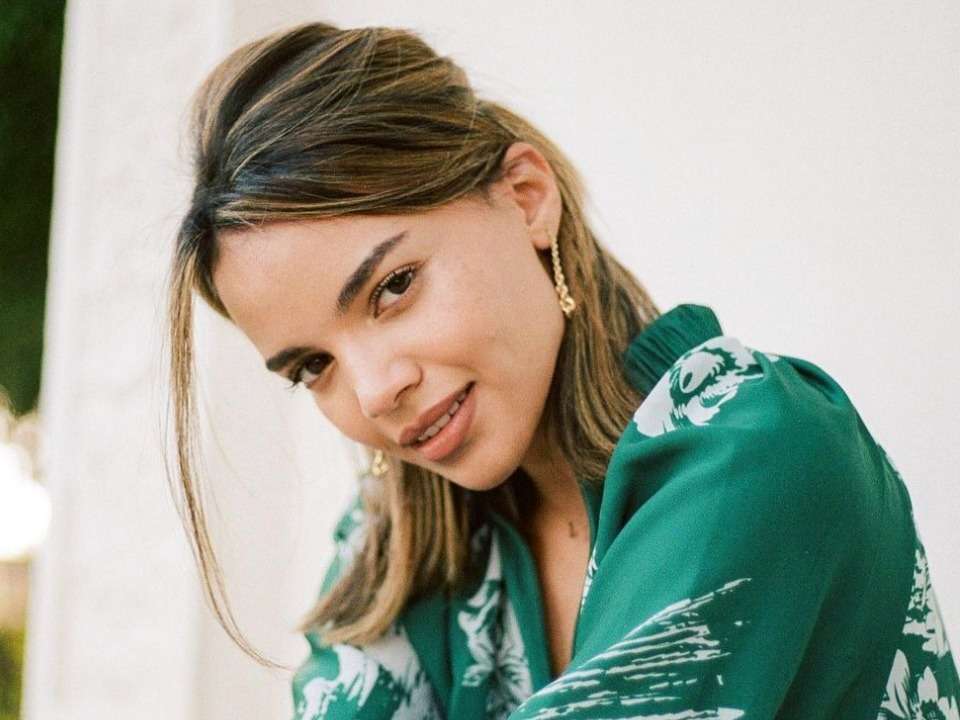 Leslie Grace also known as Leslie Grace Martinez is an American singer and songwriter. She is famously known as a Latin pop icon and Latin Grammy-nominated artist for the best contemporary tropical album.

Leslie was born on 7th January 1995 in The Bronx, New York City, USA. She was raised in Davie, Florida by her Dominican parents. Her mother Elba owns a hair salon in South Florida while her father is Francisco Martinez. She holds American nationality and is of Dominican descent. She is known to have grown up with five older siblings, out of which Annexie is her sister while the remaining names have not been shared.

Leslie completed her early school education from Indian Ridge Middle School in south Florida and later went on to attend the Western high school from where she completed her high school education. She was always active during her school years in areas like dancing and singing. She was always interested in music and dance and also participated in various talent shows and choral performances. Leslie is also fluent in Spanish and English languages that she started learning since she was two years old.

She started her musical career early on in middle school when she recorded and released an independent Christian music album in partnership with CD baby and her official debut was when she released “Will you still love me tomorrow”, a bilingual cover of a song by Shirelles in 1961. Her cover peaked at number one on Billboard in Latin as well as Tropical songs charts and she became the youngest female to achieve the honor. She recorded her first studio album in 2009 named “Pasion”.  She later recorded a self-titled album in 2013 named “Leslie Grace” which also reached the charts at #4 on Billboard Latin albums and #3 on Billboard tropical albums.

For her album, she also won the nomination for “Best Contemporary tropical album” at the 14th Latin Grammy awards. She also performed at the event with Zarkana. Her album also won various other awards and nominations. She gained a lot of popularity and became a Latin pop icon. Leslie has had various tours and was accompanied by various artists throughout her career. She attended the North Sea Jazz festival in 2013 with musical director Rayner Marrero and several Bachata musicians. She also performed on Sabado Gigante with Don Francisco at Closing of the Chile Telethon in front of approximately 60,000 people.

She has also appeared in reality shows like “Va por ti” on the Univision channel with Luis Coronel and Chiquis Rivera in 2016. The same year, she collaborated with Maluma on a single name “Aire” and another single “Nada de Amor. She made a tour that year with 14 concerts in Mexico. The following year, in January she collaborated with duo Play-N-Skillz, Winsin, and Frankie J to cover Selena Gomez’s song “Si Una Vez”.

She also became famous among Kpop fans and communities when she collaborated with an SM entertainment owned Kpop band Super Junior in 2018 on the song “Lo Siento”. recently she announced in 2019 that she will be starring in the upcoming 2021 musical film “In the Heights”, a film adaptation of award-winning musical by Lin Manuel Miranda as Nina Rosario.

Leslie hasn’t shared much about her personal life and relationships but she is currently known to be in a relationship with Ian Eastwood. Eastwood is a 27-years old choreographer from Chicago who has worked with CNCO and also made an appearance in Jennifer Lopez’s show World of dance. The couple recently celebrated their one-year anniversary in 2020. They have been dating since 2019 but haven’t revealed the exact date and how they met.

Leslie has been active as a music artist in genres of Latin pop, R&B since 2009 and has released various albums and singles. She has collaborated with various artists and received various awards. her career as a singer has helped her gain immense popularity and wealth. She has managed to maintain a luxurious lifestyle. Her estimated net worth as of 2021 is around, $6million sourced majorly by her singing career.