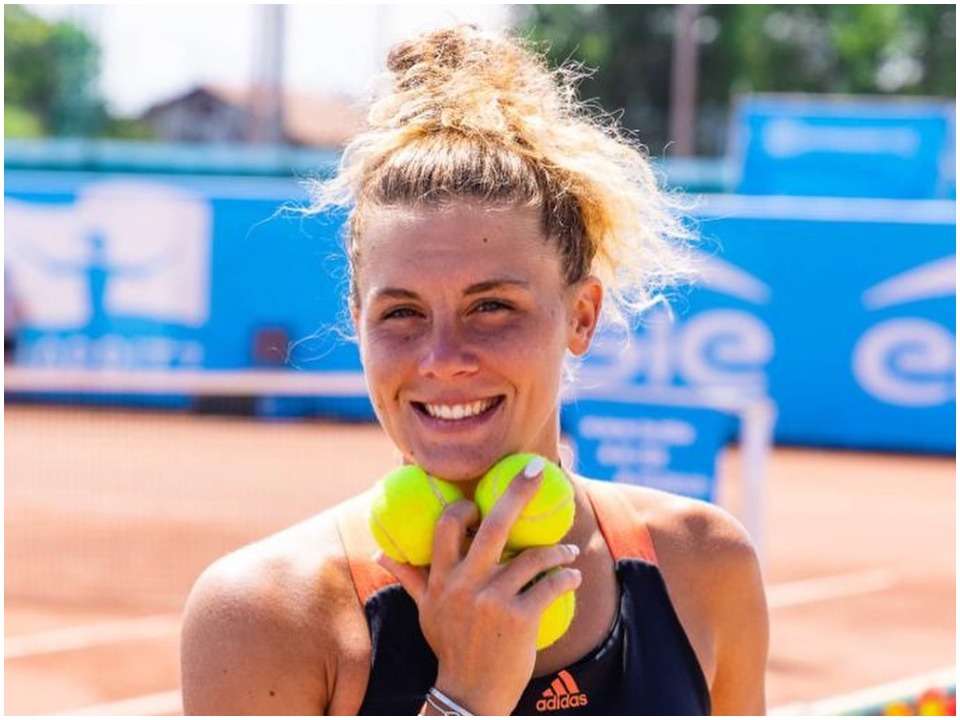 Leolia Jeanjean is a French tennis player who has recently been in the news because of her new achievement in the French Open 2022. She is the lowest-ranked French player who made her debut at the 2022 French Open and won a match at Roland Garros against a top-10 opponent. With her winning, she has reached the top 150 for the first time in her career and is believed to be not so far from her new position in the top 80. Leolia possesses a career-high WTA singles ranking of world number 222 which she achieved back on 25th April 2022. On 18th April 2022, she received her career-high WTA ranking in doubles with world number 248.

Leolia Jeanjean was born on 14th August 1995 in Montpelier, France. She was born to her loving and caring parents named Laurent and Isabelle Jeanjean. It is not known whether she was brought up along with any of her siblings in her family or not. However, one thing is certain she went to Lynn University, where she received her higher education in the course of MBA in Finance, and before that she went to the University of Arkansas.

Leolia played her 2014-15 season at Baylor where she made a dual-match record of 13-2 with a 10-2 mark at number 4 singles. Earlier she was 5-0 in conference play and went to play her final 10 singles with a 7-1 record with a win in hand for at least three consecutive games. She also made another record of 16-6 in dual match doubles where she reached the number 2 flight.

During her sophomore year, Leolia Jeanjean played for the Arkansas Razorbacks, where she led her team to a record of 18-2 in dual match singles. During one of her regular seasons, she tied fifth in the SEC in dual match singles with overall 16 wins.  She turned to produce her record of 16-9 in dual-match doubles and went a combined 4-2 in singles and doubles while playing nationally against the opponents.

Leolia scored overall seven wins in singles over nationally-ranked opponents and made a record of 13-2 with number 3 in singles. She won each of her last five singles matches and won 12 out of 14 matches with one loss against Oklahoma on 5th February. While playing against Missouri in March 2017 she surrendered the first set with a 6-2 win in the second round and later turned her third set with 2-1 and made a record of 6-2 with a win against the opponents.

Jeanjean is a figurative wild card personality at Roland Garros where she defeated number 45 Nuria Parrizas Diaz in the first round. She then stunned the audience when she upset seed number 8 and former number 1 ranked tennis personality, Karolina Pliskova in the second round making overall scores 6-2. It is one of the biggest wins of Leolia Jeanjean in her career. She was once a promising tennis player playing as a junior French personality but her professional life had to be put on hold because of a serious knee injury. After being sidelined for some time from sports, she went back to college to start her new career in the United States. She played as a freshman at Baylor and then transferred to Arkansas and then ended up being a player committed to Lynn University in Division II in Boca Raton, Florida.

Leolia has remained a low-key tennis player and has not revealed much about her life story. She began her debut with the French Open while playing in the year 2022 and the rest is only her collegiate career where she was committed to a few University teams. It is not known whether she is committed to anyone or not but one thing is certain Leolia doesn’t like to remain in front of the camera since her start of professional life in college.

Leolia Jeanjean must be maintaining her career with collegiate games while winning a few prizes, which further seems to be enough for her new start in professional life and her beginning with major games like French Open 2022. For the moment, Leolia Jeanjean’s estimated net worth is somewhere around $50,000, enough to provide for her moderate lifestyle.