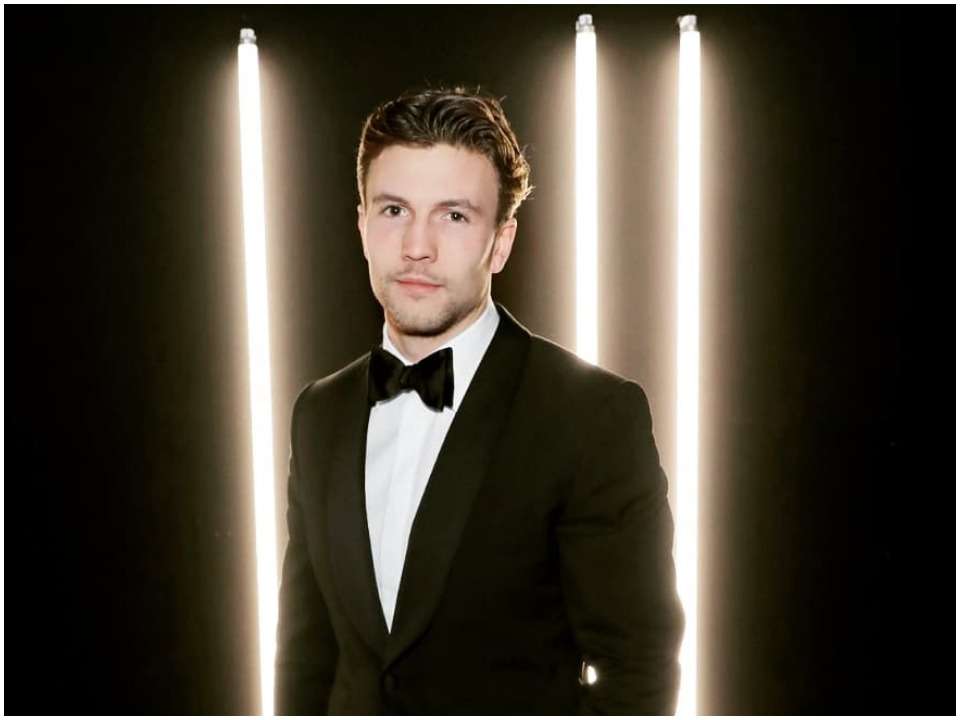 Leo Suter is a British actor and model famously known for his role in shows and movies like Beecham House, Victoria, and Sanditon. The actor has been a part of the film industry for the past decade and has built an image for a perfect period drama actor but he wishes to diversify his career. He was recently cast in the show Vikings: Valhalla.

Leo Suter was born on 26th September 1993 in London, UK, and grew up living a fast cosmopolitan life. He was always interested in acting and dramatics and had a set career path. He grew up with his siblings Nina and Gregory Suter and a Christian but has not shared any personal details about his family and parents. Leo is known to have completed his high school graduation from Colet Court, St Paul’s School. He further completed his education in Human Sciences from New College Oxford. He is also a trained theatre artist and actor.

Leo has always wanted to become a professional actor and started working towards his dream at the early age of eleven. While at school, he started taking an active part in plays and theatrical productions. He continued his passion to college where he took part in productions like The Wintering, where he played the role of Patsy, and The Alchemist where he was in a subtle role. Leo also performed as Mercutio in the play Romeo and Juliet at Southwark Playhouse.

He was signed by his management company after his final school play and took his first step towards becoming a professional actor. He got his debut role in the year 2012 as a student in the show Bad Education and the following year he was cast in a brief role of a gardener in the film Round and the Round Garden. His new few roles were also brief in films and shows like Maleficent 2014, Fallen 2016, Ransom 2017, and Clique 2018. Meanwhile, he also appeared in the show Victoria as Edward Drummond in a recurring role after which he started gaining recognition.

His breakthrough role came through the 2019 period drama show Beecham House where he appeared in the role of Daniel Beecham. He received a lot of praise for his performance and started getting more important roles. The same year, he appeared in the role of Young Stringer in the show Sanditon and as Robert Pulaski in the film Ill Find You. Recently in 2022, he was cast in the role of Harald Sigurdsson in the show Vikings: Valhalla, a spin-off series of History channel’s original show Vikings. The show is set 100 years after the original show’s timeline and is released on Netflix reaching out to a global audience.

Leo has a huge following over his Instagram account with 40.4k followers where he likes to post about his career updates, pictures from daily experiences, and also his adventures. Other than this, he does not have any social media account.

Leo has not shared any details about his personal life and relationships and is currently believed to be single. He has shared several pictures with his friends and co-stars but is known to be romantically involved with anyone at the moment.

In his 10 years of an acting career, Leo Suter has successfully built a place for himself in the industry and has also earned a lot of wealth over the years. His net worth as of 2022 is estimated to be around $2million.