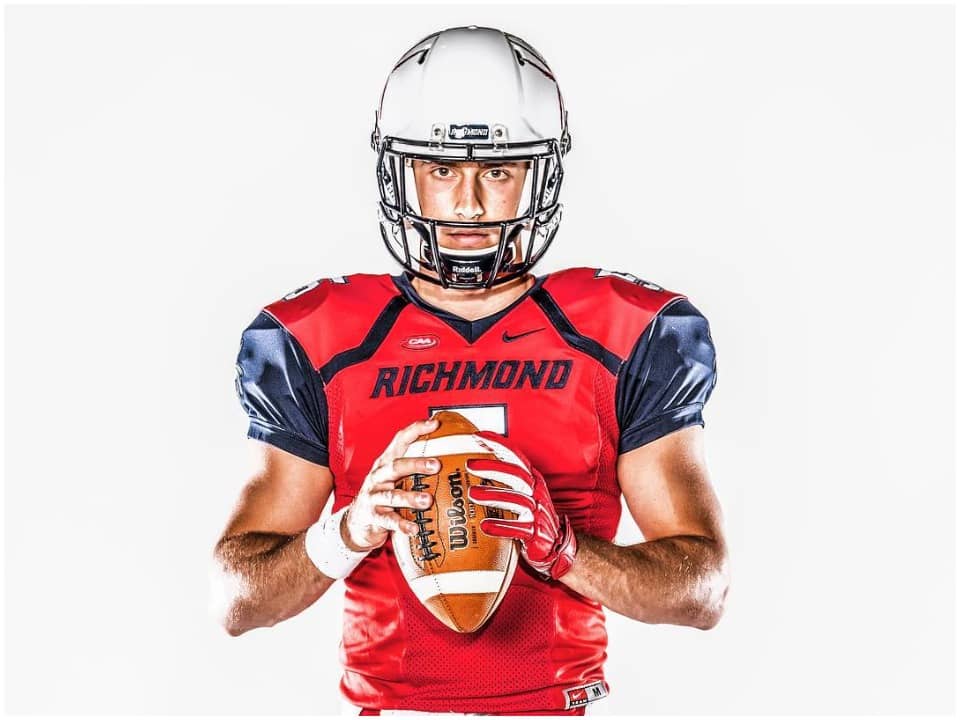 Kyle Lauletta is an American Professional football player for the team Cleveland Brown as Quarterback at the National Football League. He was first drafted in the 2018 NFL draft by New York Giants.

Kyle Lauletta was born on March 17th, 1995 in Exton, Pennsylvania, USA. He was born in a Christian family and belongs to white ethnicity. He comes from an athletic background as his father Joe was also a football player back in his days. Moreover, his Uncles Lex was also a football player. He is also known to have siblings and two of them are also quarterbacks for Downington East school. There is not much available about his mother Kim Lauletta though.

Kyle completed his high school graduation from Downington East high school in Lionville Pennsylvania. He later went on to attend the University of Richmond, Virginia in 2013 and graduated in 2017 with a Bachelor’s degree in Business Administration and Marketing.

Kyle started his career in high school where he played as a quarterback for the school team and maintained great form over his school years. He also led the team to win against the defending state champions. In 2013, he started his college career with the Richmond college team and played well all over the years. In 2016, he suffered an injury and tore his ACL but made comeback in the 2017 season. He completed his college career with a total of 10,465 yards, 73 touchdowns, and maintained a great record. In 2018, he was chosen to play at the Senior Bowl where he became the Most Valuable Player after 198 years and 3 touchdowns.

In 2018, he went on with the NFL draft and was drafted by the New York Giants in the 4th round. His first appearance in NFL was against Washington Redskins but was soon waived off by the team in 2019. The same year, he was signed by Philadelphia Eagles in their practice squad. He only stayed with the team for a year and was soon waived off in 2020. He was then signed by Atlanta Falcons but was also waived off and added to the practice squad. In 2020, he was signed by Cleveland Browns in their Practice squad and has recently signed a reserve contract with the team in 2021.

Kyle was arrested in 2018 in New Jersey for eluding police which is a 3rd-degree crime while he was on his way to practice. He was charged for obstructing the administration of law, resisting arrest for reckless driving, and disregarding the officials. Kyle made an improper turn in a traffic lane and failed to remain in the marked lane and thus was chased down by police. He had also previously been arrested for reckless driving in Fairfax County in Virginia where he was guilty of a fourth-degree crime when he failed to obey the highway sign.

Kyle has been a volunteer in various organizations like Train up first, the Next up after School program, Future American Men of Excellence, etc. He is also a co-founder of the organization named Pass It On, which works to provide necessary sports assistance to underprivileged youth.

Kyle Lauletta is married to his wife Jennifer Gaarder, model and boxing enthusiast.  The two have been open about their relationship since 2019 and have been together ever since. The couple was blessed with their first child and daughter Eliana Nicole Lauletta in December 2020 and is currently eight months old. Kyle currently has 14.7k followers on his Instagram account and on his Twitter account, he currently has 8921 followers. He has also maintained his LinkedIn profile updated for his professional networking.

Kyle Lauletta has been a professional football player and also worked in the corporate sector. He has earned a lot of income majorly through football and his net worth as of 2021 is estimated to be around $500,000.