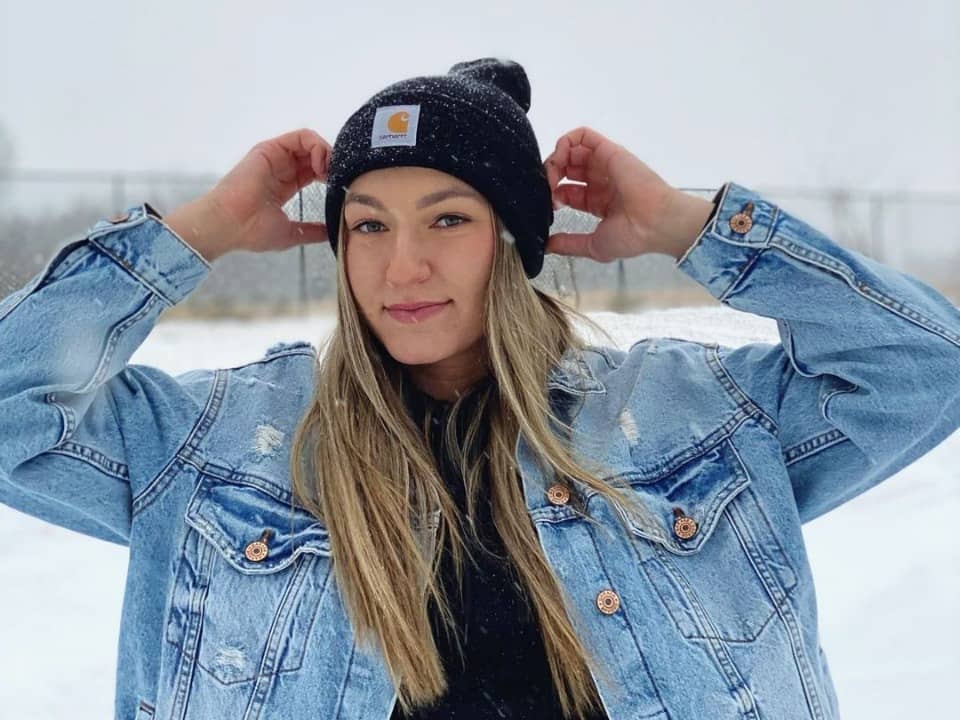 Kinzie Hansen is an American softball player who currently plays as a catcher for the Oklahoma University’s Sooners softball team. She has been selected as the California Ms. Softball and is a three-time All-American.

Kinzie was born on October 12 in Norco, California to father Jason and Mother Nicole Hansen. She is the only daughter of her parents and has a brother named Cole. Kinzie’s aunt, Heather was a basketball player at Cal State Fullerton, California, and her uncle, Casey, played football at Colorado State University.

Kinzie went to Norco High School where as a junior she was named as the right-handed catcher was named a first-team All-American. After high school, she got offers from various universities such as Oregon and Washington but ended up enrolling at the University of Oklahoma and playing for their softball team.

Kinzie played travel ball with the OC Batbusters coached by Mike Stith which helped her to a national runner-up finish in 2018. She was ranked No. 6 overall nationally by Extra Innings and No. 18 by FloSoftball. In the 2018 summer, she finished with a .460 batting average, 37 hits, 23 RBIs, 21 runs, and 11 home runs. As a junior at Norco High School, she was named as the Press-Enterprise Softball Player of the Year for a .596 batting average, 31 hits, 29 RBIs, 11 runs scored, four home runs, and a .992 fielding percentage and also made it to the team of CIF Championship.

She has earned all-league athletic and academic honors at Norco for all three seasons with all-state recognition twice. After waiting for 4 years as she had committed four years ago on November 17th, 2014, Kinzie enrolled at the University of Oklahoma on November 14, 2018, and started for all 24 games. She managed to score 3 for 3 with two home runs vs. North Texas out of which one is her career grand slam with batting in career-high five runs in the game. As a sophomore, she also hit 14 home runs in her first 23 games for Oklahoma and has a .992 fielding percentage with just one error so far in 133 chances mostly playing first base. And this spring, she helped the Cougars win the CIF-Southern Section title for the second time in three years.

Like any other young person, Kenzie is also active on various social media platforms such as Instagram and Twitter. She goes by the username @kenzie.hansen on Instagram and has over 9k followers. She joined Twitter back in February 2015 and since then has over 2k followers.

Kenzie has not been involved with any relationships as she seems to be focused on her softball career and developing as a player. As of yet, there are no details regarding her relationship and she seems to be private about it, hence it can be assumed that she is single. However, she might be dating someone in private.

The 20-year-old has already made quite the name for herself as a softball player. She has won many awards and titles. There are no accurate details of her net worth as of yet but as an average college softball player, her net worth can be estimated to be around $500k US Dollars.