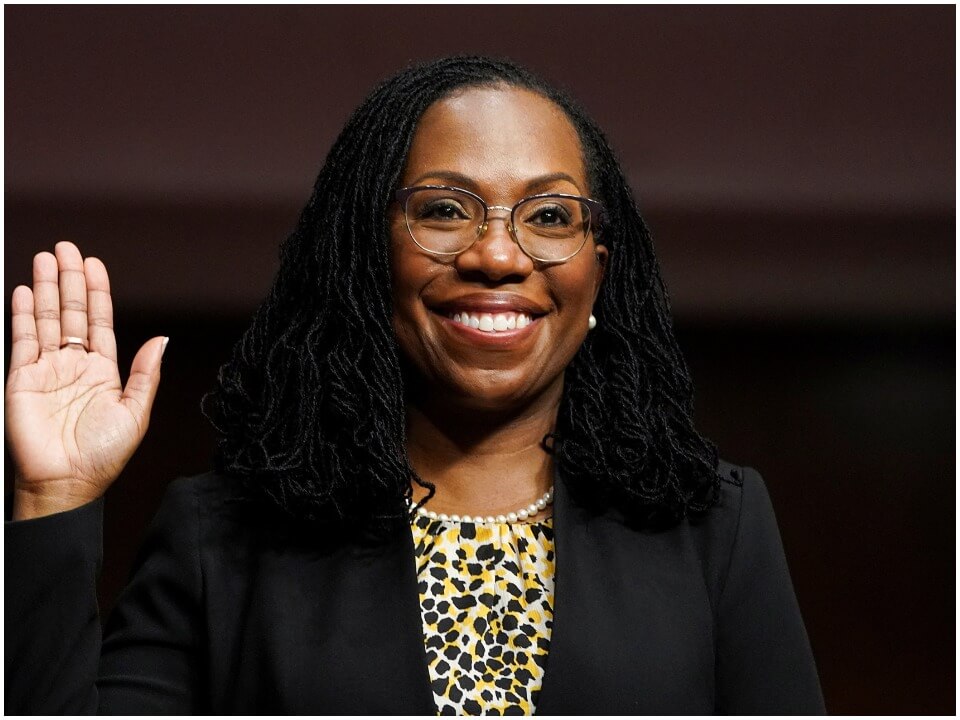 Ketanji Brown Jackson is an American personality who is working as an attorney by profession and a jurist. She has been serving as a federal judge in the United States Court since 2021. Currently, she is one of the most talked-about personalities recently as her name was nominated by President Joe Biden for the Supreme Court.

Ketanji Brown Jackson was born on 14th September 1970 and as of 2022, she is 52 years old. Mrs. Jackson was born in Washington, D.C., and raised in Miami, Florida, from where she relocated to Harvard University and began her studies in one of the known colleges and law schools. Despite this, she also pursued her profession as an editor for Harvard Law Review. Jackson’s both parents were graduates of historically Black colleges and universities. Her father’s name is Johnny Brown, who was the chief attorney for the Miami-Dade County School Board. Her mother’s name is Ellery who was the school principal at New World School of the Arts. so, preparing for being an educated and high profile personality was not a big deal for Jackson.

She began her hustle for a professional career while working for three clerkships including one with U.S Supreme Court Associate Justice Stephen Breyer. Before getting an official posting at the appellate court, Ketanji Brown Jackson was serving as a district judge for the United States District Court for the District of Columbia. Jackson has also served as vice-chair of the United States sentencing commission from 2010 to 2014. Afterward, in 2016, she became a member of the Harvard Board of Overseers.

From 1996 to 1997, Jackson served as a clerk to Judge Patti B. Saris, US district court for the district of Massachusetts, then from 1997 to 1998 she worked for another Judge Bruce M. Selya of the U.S. Court of Appeals for the First Circuit, pursued the private practice of law for a few months with law firm Miller Cassidy Larroca & Lewin. From 1999 to 2000, she served as a clerk for Justice Stephen Breyer of the U.S. Supreme Court. From 2000 to 2003, she worked for a private law firm and pursued her legal practices. In 2009, Mrs. Jackson was nominated by President Barack Obama for the position of vice-chair of the United States Sentencing Commission, where she served until 2014. During her time, she was meant to perform her duties related to maintaining the guideline range for crack cocaine offenses.

In September 2020, Jackson was nominated for the position of judge for the United States District Court for the District of Columbia. During her time, Ketanji Brown Jackson worked for various notes and multiple decisions regarding the positions of the Trump administration. Going through various nominations and positions, Jackson became the potential nominee to the U.S. Supreme Court and was one of the five interviewed candidates for the vacant position after the death of the previous attorney Antonin Scalia. On 25th February 2022, she was nominated by Joe Biden for the position of associate justice of the Supreme Court.

The lady Ketanji Brown Jackson married the best-known surgeon of his time Mr. Patrick G. Jackson, who is a sixth-generation Harvard graduate and whose family belongs to Boston Brahmin ancestry. Dr. Patric Jackson has a twin brother, who became the brother-in-law of Janna Ryan, the wife of the former speaker of the House Paul Ryan. Today, both Ketanji Brown Jackson and Mr. Patrick G. Jackson are maintaining a long relationship of 26 years with two daughters, one of whom is 17 years old. The pair met each other when they were studying at Harvard University.

Ketanji Brown Jackson’s net worth is estimated to be around $2 million. She has been serving in government positions since her graduation in 1996. For the 26 years of her long-term professional career, she has maintained many positions in the court while being continuous for the law practices in private firms. Her net worth is enough to give her a hefty amount and a perfect high-profile lifestyle.