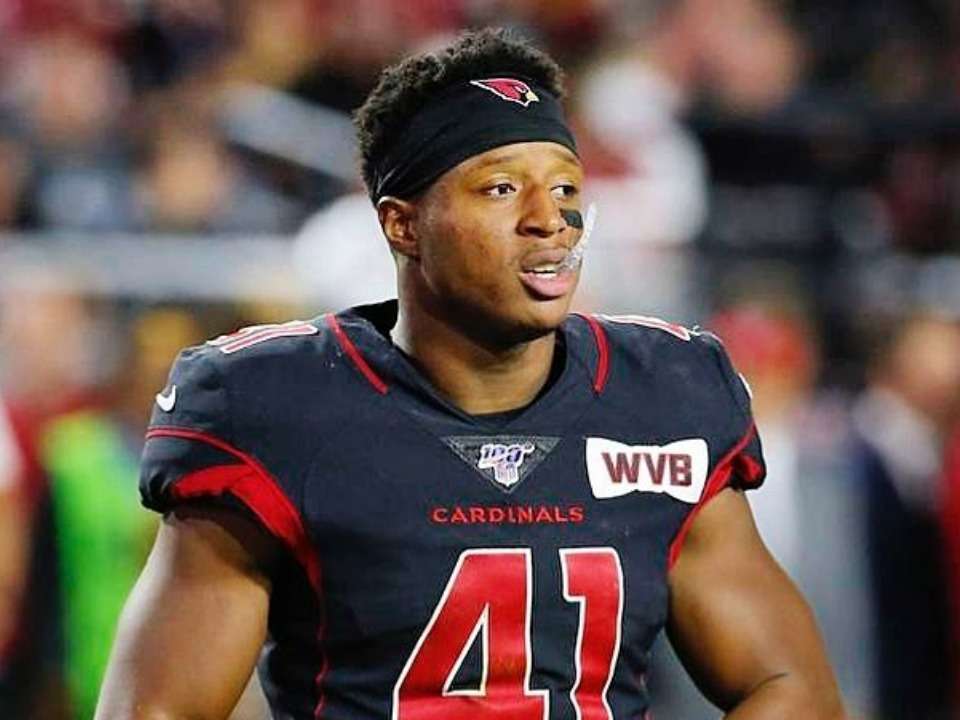 Kenyan Drake is a professional American football player for the Arizona Cardinals of the National Football League (NFL). He plays the position of running back and kick returner and played college football for the University of Alabama. Initially, he was drafted by Miami  Dolphins in the 2016 NFL Draft.

Kenyan was born on  26 January 1994 in Cobb County, Georgia, United States. His father William Drake and mother are now divorced and have remarried; thus, Kenyan has a lot of step-siblings but Isaiah Drake is his real brother. He has also mentioned in many interviews that his step-father and step-mother have also motivated and supported him. He attended Hillgrove High School in Powder Springs, Georgia, and played football right from his school, moreover was also named Gatorade Football Player of the Year for Georgia. Later in 2015, he graduated from the University of Alabama.

Right from his childhood, Kenyan was very fond of football. He played high school football for Hillgrove High School and rushed 1,10 yards with 18 touchdowns. He was rated by Rivals.com as a four-star recruit. Due to his outstanding performance, he had received college offers from many universities but opted for playing at the University of Alabama in 2012. As a freshman, he played 12 games, rushed 281 yards with 5 touchdowns. The next season as a Sophomore he played for 11 games and ended the season with rushing 694 yards with 8 touchdowns and receiving 135 yards. Due to his leg injury, he appeared in only 5 games in the 2014 season, and then in his senior year, he played a total of 15 games with 408 rushing yards and one touchdown. Kenyan missed two games due to his arm injury.

In the 2016 NFL draft, Kenyan was drafted by Miami Dolphins as the 73rd pick in the third round. He made his debut against Seattle Seahawks but unfortunately did not win as a rookie he played all 16 games making rushing 179 yards with 2 touchdowns. in the 2017 season, he was traded to Philadelphia Eagles and due to Williams’s injury, he was named as the starting running back. For the 2018 season, he appeared in 16 games. In week 14 against the New England Patriots, Drake ran for a touchdown with the ball for 52 yards which led them to win the game 34-33.

He finished the season with 535 yards with 4 rushing touchdowns. in 2019 he played 6 games with the Dolphins but then in October 2019, he was traded to Arizona Cardinals. For his first game playing for the Cardinals, he rushed 11 yards with a touchdown, and overall, for the season he recorded 817 rushing yards with 8 touchdowns. In 2020, The Cardinals placed the transition tag and signed Drake for one year worth $8.5 million in March 2020.

Yes! He is in love. Kenyan Drake is in a relationship with a mysterious woman whose name is not revealed yet. Till now he has shared both of their pictures on various social media platforms since 2019. She was also present at NFL Honors Awards and has been seen accompanying Kenyan to most of his games.

In June 2018, the 26-year-old football player signed his contract with the Miami Dolphins word $3,381 million US Dollars but after some months he was also fined $12k for a fight. His contract included an $821 thousand signing bonus with an annual salary of $845 thousand. As of 2020, his net worth is estimated to be more than $2.6 million, all of his earnings from being a professional football player.