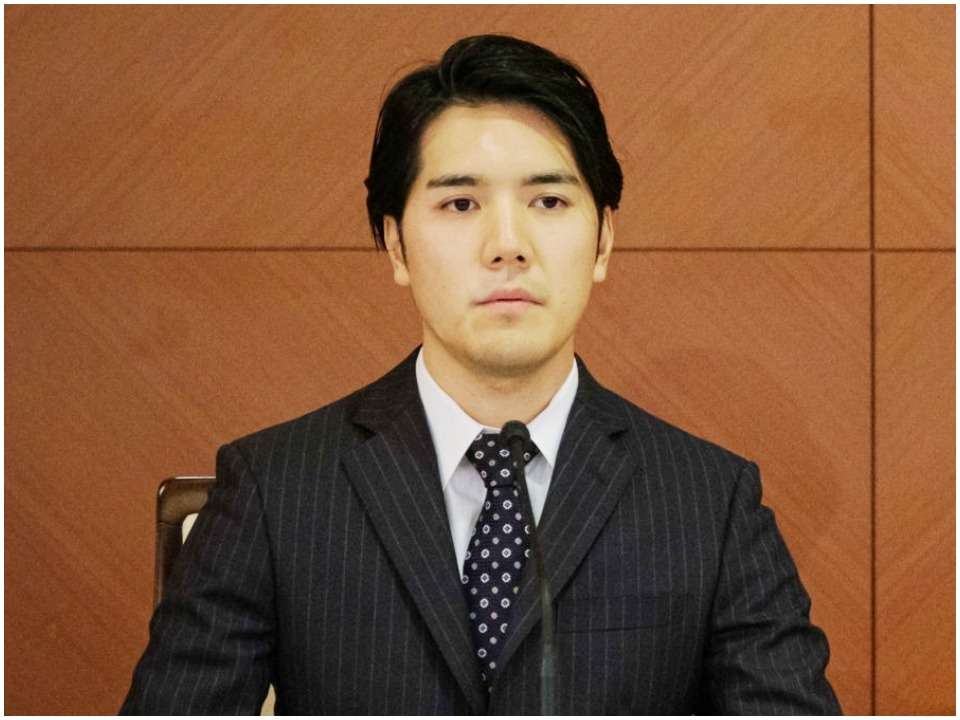 Kei Komuro is the newly wedded husband of princess Mako who belongs to Japan. The princess has now said goodbye to all of her royal mates and the royalties. Kei Komuro is a common man who belongs to Japan as well. The two met each other while studying at the university. Since then they fell for each other and wanted to marry. But this was not that simple for both the personalities as they both were caught by their responsibilities at different times. On this Tuesday, 26th October 2021, they both have tied a knot in a very simple way without performing any ritual or without any traditional celebration such as any banquet for the occasion.

Kei Komuro was raised by a single mother. Some of the media outlets have reported that a part of his education was funded by his mother’s former fiancé. He is a common man who used to earn some money by working for tourism promotion near Tokyo. Kei Komuro was born on 5th October 1991. At a point, he was a paralegal who was working for a legal firm after graduating from Fordham University’s School of Law in May. In July, he took the exam in the New York bar exam. The result is expected to be declared after mid-December.

Kei Komuro was named the top prize winner of 2020 when he participated in an annual student writing competition that was held by the association. According to reliable sources, Komuro went to international junior high school and senior high school. He has completed his studies at Tokyo’s International Christian University (ICU) where princess Mako was also supposed to study and where they both met each other before Komuro headed to the U.S. Komuro proposed to Mako when he was still a university student. Komuro has work experience doing a job at one of the law firms in Tokyo, Japan. He has also worked in a foreign exchange bank where he was appointed as the certified securities broker representative.

Mako who has been the princess of Japan announced her engagement with Kei Komuro four years ago. But, their alliance was often questioned or plagued by several controversies, disapproval, tabloid frenzy, and a lot of other things like money scandal that involved Komuro’s mother. The trouble erupted a few months back when Mako and Komuro announced their engagement back in 2017. Komuro’s mother was said to be involved in a scandal where it was proposed that she and her only son got failed to repay the debt of $35,000. The claim was made by the former fiancé of Komuro’s mother who was involved in a financial dispute with her. Komuro further explained that the money was provided but as a gift not as a loan. Now in 2021, he has submitted a 24-page document explanation reporting for a settlement that would be paid later.

The time when Kei Komuro returned to Japan, he was dressed casually with long hair tied in a ponytail. It all set off a media frenzy because it was thought to be disrespectful. But, on Tuesday morning, he cut out that ponytail and came dressed in a decent, crisp dark suit and tie to claim his bride. His face was covered with the mask following the protocols of coronavirus. Both the partners (Kei and Mako) looked happy while being standing against each other in the ceremony. The couple planned to marry back in 2018 but due to certain circumstances, they had to push back their wedding. The imperial household said that it was because of lack of preparations and some reports that Komuro’s mother failed to pay the debt of $36,000 due to which the marriage had to postpone.

Kei Komuro is a common man who worked in a law firm earning money for his family in Tokyo. Currently, he is said to be working as a certified securities broker representative. Though he has not revealed much about his personal life, he is estimated to earn a net worth of around $1 million to $5 million.