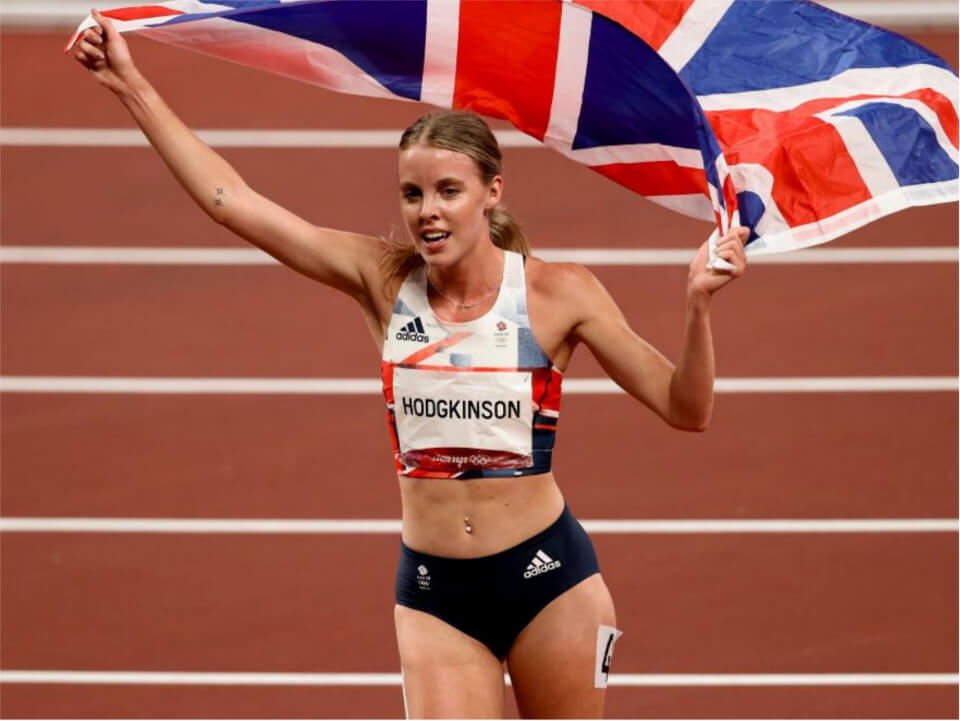 Keely Hodgkinson is an English professional Track & Field event player, specializing in 800m. She has been coached by Trevor Painter, Jenny Meadows, and Margaret Galvin. Her personal best score in 2022 is 1:57.20 in 800m in Birmingham. Recently in 2022, she came into the limelight for winning the silver medal at World Championship in Oregon with a season’s best of 1:56.38.

Keely Hodgkinson was born on 3rd March 2002 in Atherton, United Kingdom. The names of her parents are Rachel and Dean. She has three siblings about whom the details have not been shared with the media yet. From a young age, she was actively seen participating in various sports events. Keely has completed her high school education at Fred Longworth High School in Tyldesley. She later went to Loughborough College to pursue a course for her higher and further studies. It is known that she actively participated in various sports competitions. In 2022 she was seen at Leeds Beckett University where she pursued a course in Criminology and took a gap year next year.

Keely is currently single. The details about her current or past relationships have not been revealed to the media yet. It is known that she spends most of her time training for the upcoming events. Along with that, she spends quality time with her family and friends.

Keely Hodgkinson has earned a fortune as an athlete. She has competed in many competitions and has secured an outstanding position, so she earned a lot through prize money. Along with that, she might also earn through various brand endorsement deals. According to sources her net worth has been estimated at around $1 million.