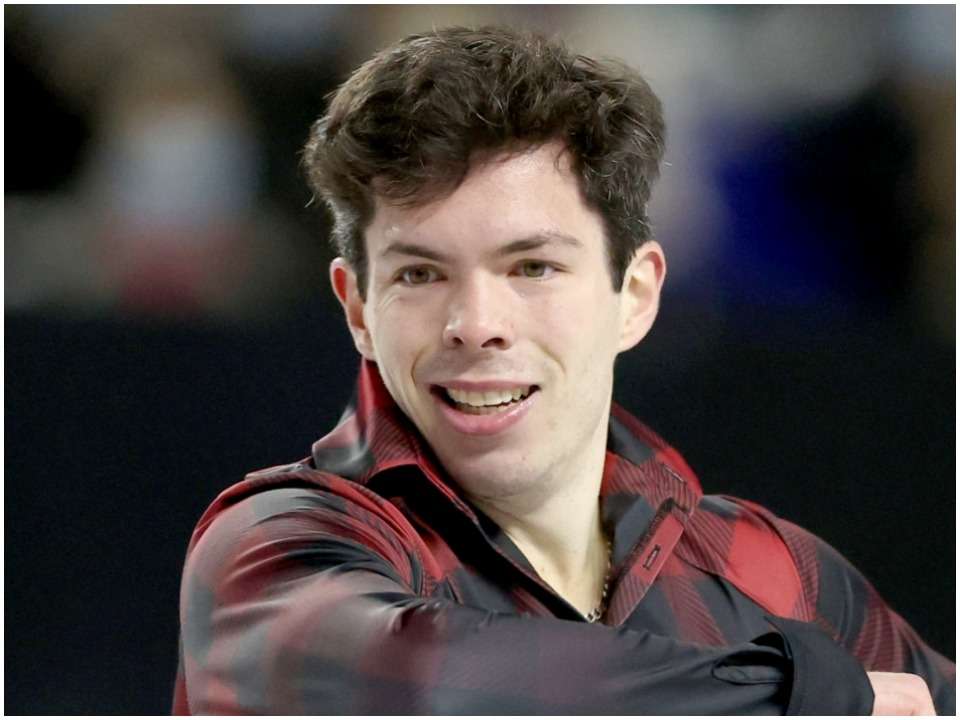 Keegan Messing is a Canadian figure skater who has been representing both Canada and USA in several international events and world championships including the Olympics over the years. The Canadian champion is currently representing his country at the 2022 winter Olympics in Beijing.

Keegan Messing was born on 23rd January 192 in Girdwood, Anchorage, Alaska, the USA to his parents Ally Messing and Bob Messing. He grew up along with his brothers Paxon and Tanner and holds dual citizenship in Canada and the USA.  His brother Paxon was killed in a motorcycle accident when he was 26. Keegan holds Japanese ethnicity as his great-great-grandfather was the first Japanese to ever migrate to Canada. Keegan has not shared any information about his school or college education but is believed to have graduated from a local high school in his hometown in Canada. As he started his skating career early on, he is not believed to have attended college.

Keegan started skating when he was 3 years old after getting inspired by the 1994 Winter Olympics. He began taking coaching in 1995 and started to seriously pursue the sport as his career. In 2009, he participated in the US Championship where he earned a silver medal, and later in the 2011 US Nationals, he made his debut as a senior. The very next year, he managed to win a bronze medal in the 2012 Nebelhorn Trophy. Later, in 2014 he began representing Canada, and in the 2015 Canadian Championships and CS Ondrej Nepela trophy, he placed 5th.

Over the years, he managed to secure several positions at national and international events. In 2017 CS Autumn Classic International he placed 3rd after Javier Fernandez and Yuzuru Hanyu and in 2018, he represented Canada at the Winter Olympics where he again placed 3rd at short and free skate programs. In the 2019 season, he placed 3rd at skate America and 5th in the Cup of China. Recently in 2020 he was the only Canadian skater in Grand Prix after the Covid 19 pandemic and placed 3rd in the short program.

He was also the only representation from Canada at the 2021 World Championships where he placed 6th and also qualified for Olympics 2022 in Beijing. He is currently a participant at the 2022 Beijing Olympics where his first event- a short program was scheduled on 7th Feb. Keegan finished at the 9th position with a score of 93.24 on the song Never tear us apart. The next event for Free skating is scheduled for 10th February and is expected to remain in his form to bring home a medal.

Keegan is currently married to his wife Lane Hodson and is also a father. He got married back in 2019 and the couple now has a 5-month-old son Wyatt whose pictures he keeps sharing over his social media accounts. He is also known to be a dog person and has two pet dogs named Eela and Lane. Other than this, he seems to be fond of skiing and snow and loves to spend time with his family and nephews.

Keegan Messing has been a successful figure skater for the past several years and has won a number of titles and awards. He has mainly sourced his income through his figure skating career and his net worth as of 2021 is estimated to be around $4million.