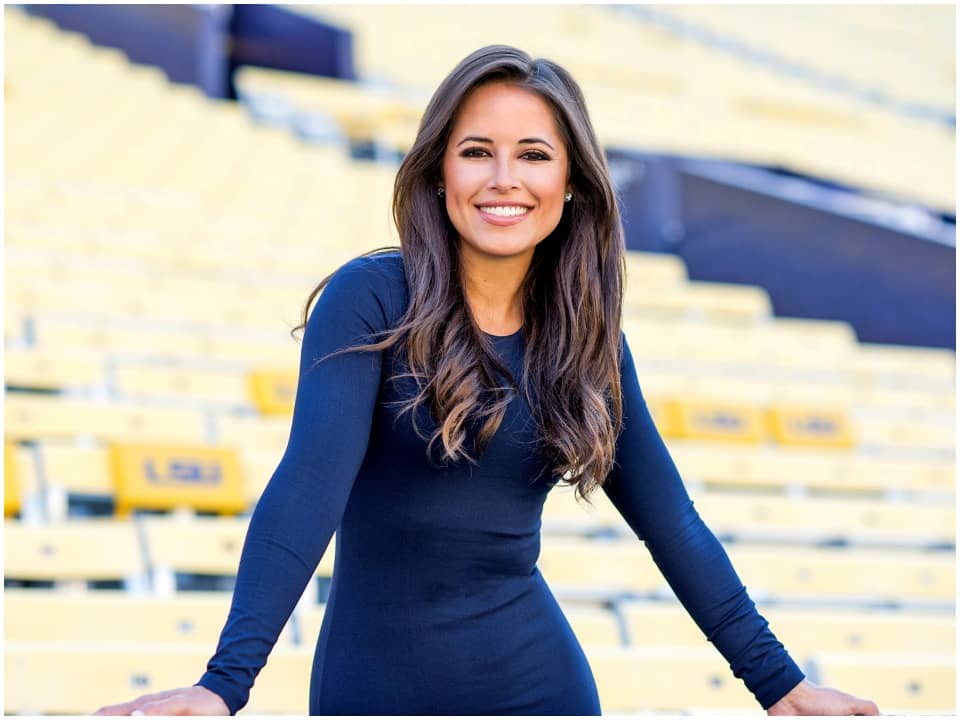 Kaylee Hartung is currently working as a correspondent for ABC News. Previously, she has been working as a CNN reporter where she continued working with SEC Network primarily for the show SEC Nation. Earlier, she has also worked for Longhorn Network. She was a reporter working for CBSNews.com where she was featured correspondent for Unplugged Under 40. She was also interned with NBC and following that internship she began working as assistant to Bob Schieffer who is currently an American TV journalist and is one of the few major journalists who has been covering four major national assignments including the Pentagon, United States Department of State, the White House, and the United States Congress.

Kaylee Hartung was born on 7th November 1985 and spent her childhood in the streets of Baton Rouge, Louisiana. She went to Episcopal High School and graduated with her degree in 2003. Later, she earned a degree of Bachelors in Arts from Washington and Lee University. She graduated in 2007 and attained her studies in the niche of journalism and politics.

On 27th March 2017, she made it public via Twitter that the final game of the NCAA Women’s Division I Tournament between Mississippi State and Baylor is going to be her last event to attend as a correspondent. Later on 18th July 2019, ABC announced that Hartung would be rejoining the family with Disney as a correspondent. In 2020, during the time of the pandemic, Hartung was diagnosed with COVID-19 after getting affected by the virus. Hartung is currently the correspondent who is working for ABC from the New York bureau.

She joined the ABC family in June 2019 and since then she has maintained her career line. She got the chance to connect with the field while working as an assistant for the former Washington correspondent named Bob Schieffer. Her assistant position helped her land a job at CBC News where she worked as a reporter for the daily Washington unplugged program. She had participated in many sports events and continued her appearance on the SportsCenter.

Hartung is not currently involved with anyone in any romantic relationship. She has never married in her life and has kept her life private from the public’s view. Once it was rumored that she was involved with her former NFL superstar named Tim Tebow. However, the correspondent immediately cleared the rumor and said that she thinks about him and likes him but as a brother.

Kaylee Hartung is one of the famous correspondents working with ABC. Whatever she earns is supposed to come from her reporting career. She is estimated to have a net worth of around $1 million. Her annual salary ranges from $100-$200,000 which further includes brand endorsements.