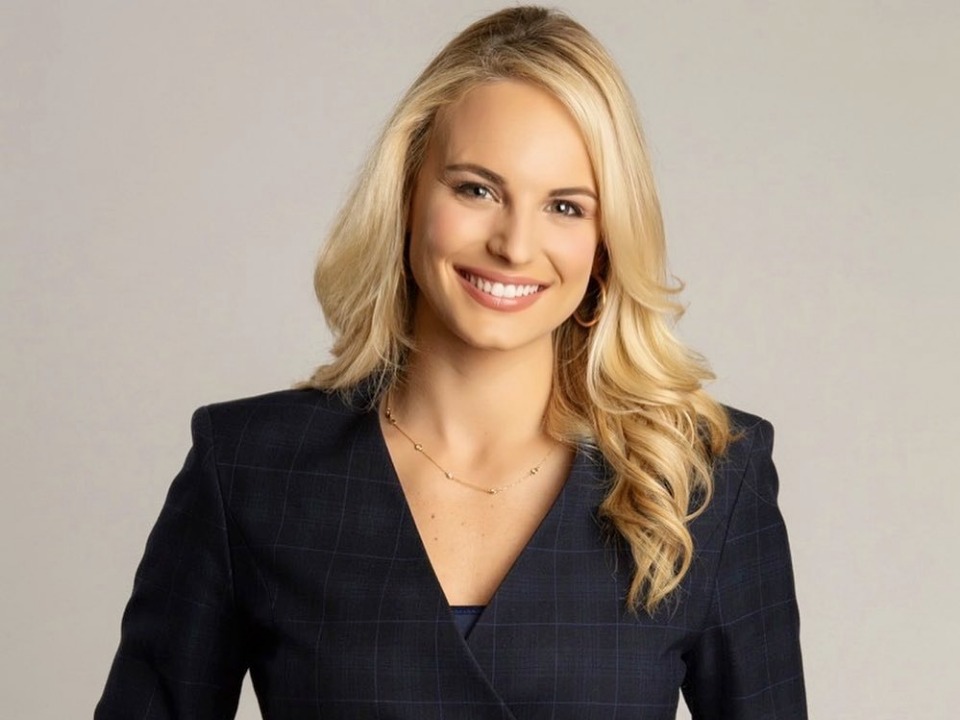 Katie George ESPN is an America-based sports journalist, model, beauty pageant, and titleholder. She was crowned with the title of Miss Kentucky USA and appeared in the top 11 at Miss USA 2015. She is recently working as a sports journalist and worked with WDRB, ESPN, Fox Sports Wisconsin, and ACC Networks in the past.

Katie George was born on 3rd December 1993 and brought up in Louisville, Kentucky. Her grandfather’s family emigrated from Beirut to Lebanon in the search of livelihood and stayed there only. Katie George went to Assumption High School in Louisville and continued her playing career there on the girl’s team. She played volleyball while being on the team and was named Prep Volleyball National Player of the Year.

Katie George was crowned with the honor of Miss Kentucky USA 2015 after which she began her pageantry career in the same year. Being the titleholder, she received the right to represent herself as Miss USA 2015. The contest was held at Raising Cane’s River Center Arena in Baton Rouge, Louisiana on 12th July 2015. She appeared in the semifinals while being in the top fifteen members and later won the votes that made her to advance the top eleven. However, the contest was won by another persona named Olivia Jordan who belonged to Oklahoma.

She also appeared against another sportscaster named Brooke Fletcher in Miss USA 2015. George began her sports reporting after she completed her bachelor’s degree in 2015. She was hired as a reporter at WDRB which is a local station in Louisville, Kentucky. Later, she joined Fox Sports Wisconsin and covered Milwaukee Bucks for the NBA season from 2018 to 2019. Later in 2019, she joined ACC. She has also covered football games while being with ESPN.

Katie George is quite active on her Instagram profile but used to post pictures very often. It’s evident from her social media profiles that she is enjoying a pleasant dating life with her boyfriend Cole Hikutini. Cole Hikutini is currently an American football tight end who plays for “Dallas Cowboys”. Cole has made his presence with Katie on social media platforms including Instagram, Facebook, and Twitter. Katie seems to be very close to Cole and considers him her best friend.

George is quite popular for her reporter or anchoring work. She began her media career right after her graduation in 2015. Katie worked as a sports anchor at WDRB and later joined Fox Sports covering the NBA season from 2018-19 and finally joined ACC Network. She is estimated to earn an income of around $1-$5 million.