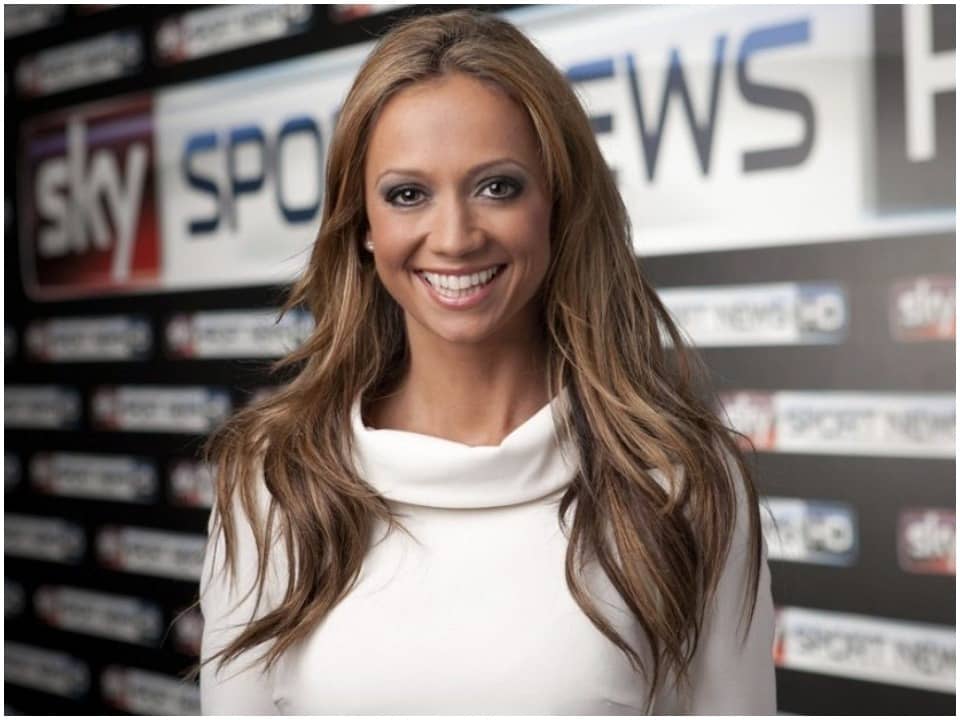 Kate Abdo is a talented British Sports Broadcaster who has worked for various Sports news channels like CNN, Sky Sports News, Fox News and is currently working for CBS Sports. Her Instagram account has 113 thousand followers and 174.5 thousand followers on Twitter. She also has International work experience as she worked previously in UK, Spain, France, and Germany.

Kate began her broadcasting career at the German international news network, Deutsche Welle. She covered the sports news for their English and German language service. Later she got an opportunity to anchor for CNN World’s Sports Program Daily. Later she began working for Sky Sports News HD located in Germany. She was the public face for the launch of the network and was involved in the development of the network’s coverage, formats, and programming. She moved to the UK to work for Sky Sports and hosted Pay View Boxing events, European Football, Transfer Deadline Day, and Sky Sports News.

Along with that, she has also hosted Women’s World Cup 2015, Champions League, Europa League, World Cup, FA Cup, and Bundesliga for FOX Sports. She also signed a deal to host Champions league coverage on TNT from Turners Atlanta Studios. Her hosting skills are also known for awards shows like Laureus World Sports Awards and FIFA Ballon d’Or.  She left Fox Sports later because of the cancelation of soccer rights of Inside PBC studio show. In 2020 she was returned to the UK to work for CBS Sports as the host for UEFA Champions League and Europa League. She will be seen hosting more games in the future as some matches have been postponed due to the Covid-19 pandemic. Her fans also are updates about her upcoming projects through her social media account.

Kate faced criticism at Europa League Final and as she got emotionally after her favorite team Manchester United lost to Villarreal. The public began questioning her professionalism. Some of her colleagues Micah Richards and Jamie Carragher made fun of her and teased her. She deals with criticism like a professional and also makes sure to separate her work and private life.

In 2010 she married her boyfriend named Ramtin Abdo. They got married in a private and intimate wedding ceremony. She likes to keep her personal life private and low-key away from the media. Despite more than a decade since their marriage, there is no information available regarding their children.

Kate has earned a lot as a Sports news Host for various news Channels. She was paid around $80,000 annually at Fox News and 25,000 Pounds at CBS News. According to sources her net worth has been estimated more than $1.5 million. Her other sources of income are from sponsorship and by attending various events.