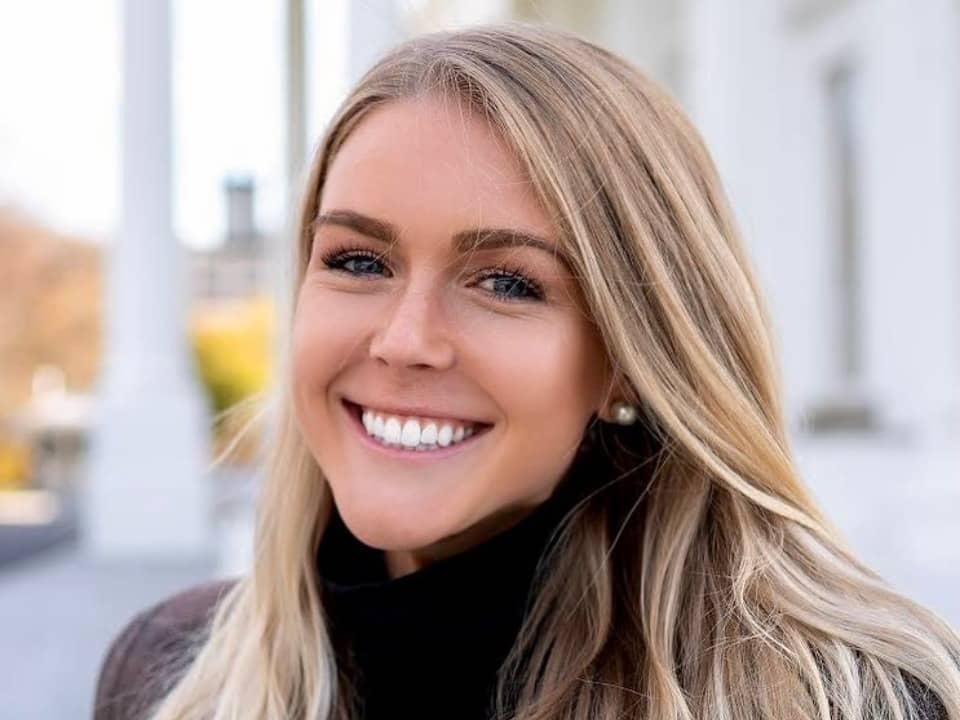 Karoline Leavitt is a young and emerging politician from Hampton who describes herself as a ‘bold’ and ‘energetic fighter’. She is a granite state native and former Trump Administration and congressional staffer. She has been an “American First” warrior for President Trump. Moreover, she worked for WMUR in a part-time capacity for 2 consecutive years in 2017 as well as 2018. She has also worked as an assistant press secretary in the White House. She came into the limelight a few times back when she stated that she will be launching a bid for congress.

Karoline Leavitt was born in 1997 and grew up in Plaistow, New Hampshire. She is a really hardworking girl ever since her childhood because she worked almost every summer at their ice cream stand in her hometown. Bob Leavitt is her father while Erin Leavitt is her mother and she often shares birthday wish posts on their birthdays on social media. Moreover, she has 2 siblings with whom she posts photos regularly. Joe Leavitt is her brother while name of her other sibling isn’t available yet on the internet. Further, her family runs Leavitt Auto and Truck in Plaistow, their hometown.

She completed her high school at Central Catholic High School in Lawrence where she studied for a diploma from 2011-15. After that, she went to St. Anselm College where she got her undergraduate degree in politics and communications from 2015-2019. During her college, she used to play softball and even founded Saint Anslem Broadcasting Club. She competed in various debates during her college times and won most of them because of her good communication and conveying skills.

Before getting into politics she was working as a news assistant for Fox News Media, one of the finest production houses on the globe. Prior to completing her graduation in politics and communication, in the year 2018, she worked as an intern at the executive office of the president under Donald Trump for a time of 3 months (May to August 2018), post to it she worked as a presidential writer under Donald John Trump in June 2019. Afterward, she worked as an assistant press Secretary in the Executive Office of the President from May 2020 to Jan2021.

Right after that in jan2021, she started working as the job title communications director in Rep. Elise Stefanie from Jan 2021 to May 2021. She has immense support from the White House as she had worked for President Trump and now for New York Congresswoman Elise Stefanik and now she is launching her campaign for Congress in order to unseat a New Hampshire Democrat.

She posts often on her Instagram(@karolineleavitt), and most of those are captured with her boyfriend or in the White House. She has posted a total of 107 posts and she has a follower count of 3366 followers. Further, there is no personal account for her on Twitter but there is an archived account of her that is managed by the National archives and Records administration, she has a follower count of 10.6K on Twitter. Moreover, she has not received her verified badges yet on both handles.

As of now, Karoline Leavitt has not tied her wedding knot with any boy, however, she is dating Cody Demers, a computer science and public health graduate from Merrimack College. Her boyfriend used to play football during his college times. Furthermore, no past relationship records could be tracked on the internet.

Karoline’s main source of earnings is the salary that she receives as a communications director. A genuine website tells her partial year, 2021 earnings sum up to 17.1K USD. There isn’t any exact number that can be stated against her net worth.

As frequently said “there are some of the points that become the game-changer for our whole career and later they become important checkpoints of our whole life” the same happened with Karoline when she attended the 2016 election and it became the turning point for her life. Earlier she was working as a news assistant at Fox News and then her interest changed to politics and she decided to make America Greatest in the whole world again.