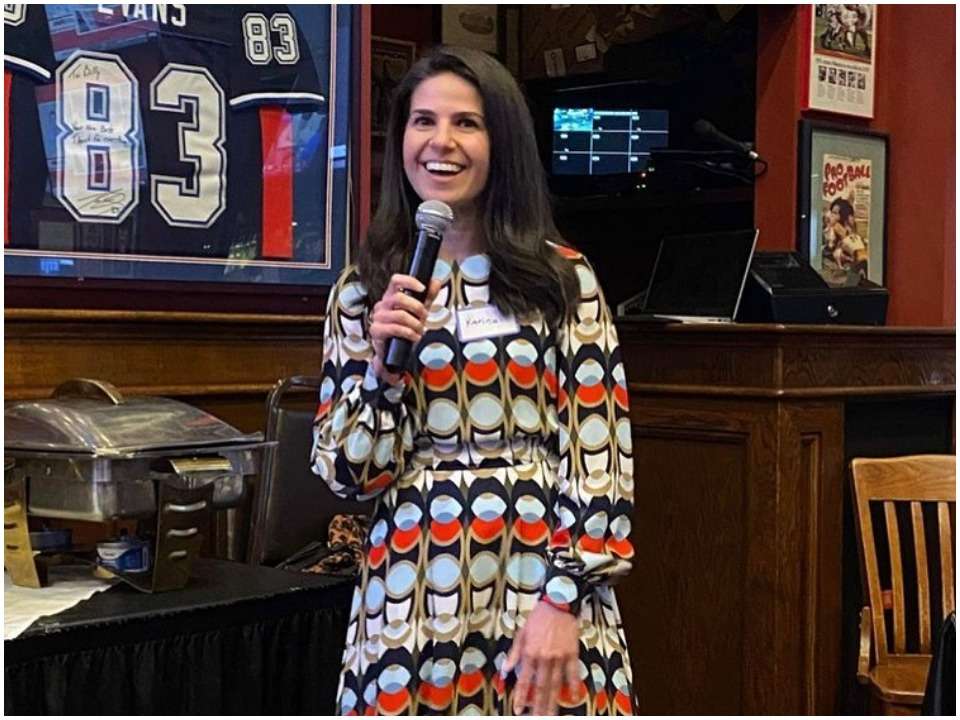 Karina Lipsman, who belongs to the Republican Party, is currently running for the elections to the U.S. House. She is running for Virginia’s 8th Congressional District. She has declared her candidacy for the primary elections of the Republican Party that are supposed to be held on 21st June 2022. The general elections for the positions will take place on 8th November 2022 following the primary elections. She came in news on 1st March 2022 because of her comment over the Ukrainian-Russian war, where she claimed that President Joe Biden didn’t do much to prevent powerful Russia to stop their invasion of Ukraine.

A Ukrainian-born U.S. citizen, Karina Lipsman, is currently living in her early or mid-30s. The now-congressional candidate earned her graduate degree from Johns Hopkins University after attending a public school in Baltimore, where she stayed until she completed her graduation. She attained her citizenship and eventually became the official adult. While focusing on her studies and still studying for her undergraduate degree, Lipsman took a full-time finance job that she continued for three years. She wanted to avoid the loans to pay for her education as she knew that she had to work harder than most other people to stay in the U.S and achieve her dreams.

Lipsman was brought up in Ukraine, then the Soviet Union, and spent her infancy stage in Ukraine only (until she became 8 years old). She still describes her time in Ukraine when she was living in Odesa, the port city along the Black Sea, which was one of the best-known 19th-century architecture places famous for its ocean views. She left the Soviet Union when the places were partially emptied and she along with her grandmother (once in the morning) went to a half-occupied market to buy a half loaf of bread and bring it home. Later that day, she (along with her grandmother) returned to the market to buy another half loaf of bread.

Hustle to stay in the U.S.

This is the only memory that she still shares with everyone in the public depicting how she left the place and how her family battled those days of hunger and livelihood. Karina Lipsman, who attained U.S citizenship at the age of 18, came to the United States along with her single mother. Both were then settled in the not-so-nice area of Baltimore. At the time, Lipsman was not much aware of the English language and the fluency or words associated with it. She still recalls her time when she first had her day at one of the American Public Schools.

All of her classmates stood for the morning pledge at the start of the class and she could not even understand a single word of the language. For this reason, Lipsman had to take English as her second language (ESL) before she started speaking English fluently. On her official website, Lipsman has described that her mother always wanted to give her the opportunities that she could not get while staying in Ukraine. The time and the oppression of Ukraine were not favorable for her to study well.

Lipsman eventually started her professional career when she turned 18 after completing high school. She first took a job in finance to help herself with the finances of her graduation or bachelor’s degree. Thereafter, she worked for a decade in the defense industry and held a few of the best-known positions in the department of defense. With her step into congress and becoming a member of the party, she hopes to bring values, life experiences, and work expertise of both the defense and finance sectors to the environment of congress.

Karina Lipsman has not described much about the insights of her life. She has not given any clue regarding her past love affairs, her involvement with anyone in romantic ways, and her recent love affairs (if any). She is supposed to be single and is recently focusing on her career rather than anything.

Karina Lipsman is surely earning millions because of her professional career in politics. She is best known for her life story that she often describes to the people of the U.S. and also on her official website. It is one of the undeniable facts that she could have an estimated net worth of at least $1million.