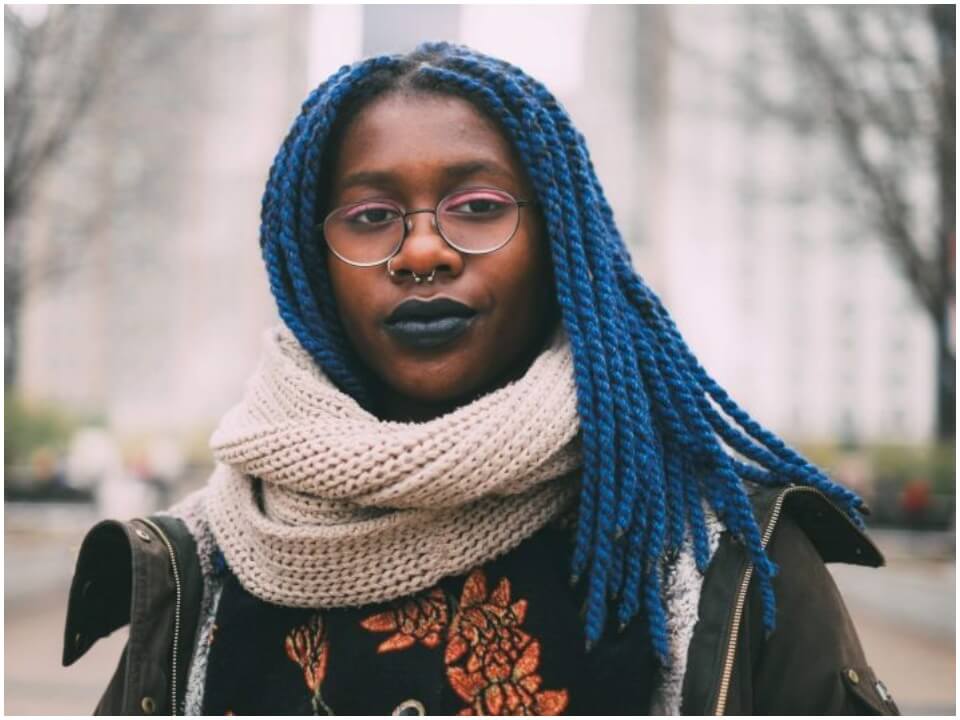 Kara Jackson is a singer, songwriter, musician, and writer from Illinois, US. She has served as the third National Youth Poet Laureate from 2019 to 2020.

According to sources available, it is known Kara Jackson is born in the year 2002, in the suburbs of Illinois, as per details provided it is known that her parents were country folks. However, not knowing the exact occupation of her parents, it is known that at a very early age i.e., 5 years of her age, her parents enrolled her for piano lessons, later on, she also pondered upon various musical instruments namely, saxophone and guitar (at the age of 11 years) and when she was in 6th grade, she started performing at local art galleries and venues. While referring to the sources, Kara’s educational background i.e., from which school she has been studied, hasn’t been revealed till now, however, it is known that she has do completed her high school. But it is still unknown whether she had been doing her graduation or not.

Recently, Kara Jackson has been popular for her 1st book named, Bloodstone Cowboy (Haymarket Books, 2019). From her early childhood, she had been surrounded by music, and firstly, she started performing at local venues and art galleries, during her school days. Around her mid-teens period, i.e., at the age of 15 years, then she joined the Spoken Word Club by summing up poetry to her passions, also she had represented the school in the Louder Than a Bomb poetry festival for consecutive three years. By this time, she has written some of the first songs that would become her debut EP, ‘A Song for Every Chamber of the Heart’. After that, the penultimate track, ‘Ray’ was composed by her when she was 17.

Thereafter her terrific career was boosted when she won the literary award at the 2018 Louder Than a Bomb-finals selected by National Book Award and Pulitzer Prize finalist Patricia Smith. Later on, she was a member of the University of Pennsylvania’s Adroit Magazine Mentorship Program, and during that time she was thrice selected in the competition of Louder Than a Bomb “Bomb Squad”, and won the Brown University Book Award. Adding up, all these, she was also known as multiple awardees of the Scholastic Arts and Writing Award.

Kara also became a semi-finalist in Nimrod International Journal’s Pablo Neruda Prize in Poetry and was selected by Pulitzer Prize winner Tyehimba Jess as runner-up in the Frontier Poetry Award for New Poets, where, then she has been competing with adults. At that time only her essay had been published in Poetry magazine making her one of the youngest prose writers in the 106-year-history of the prestigious journal, and this essay was republished in The Poetry Review and here readers can read it. Lastly, Kara also wrote and judged a show named, August challenge #4 on Young Poets Network in 2019, for young aspired poets.

As per the media information, it’s a claim that Kara is not indulged in any relationship, however, if further, we get to know anything about her relationship, then update the page. It is known that Kara doesn’t have any social media account in her name, has also kept her personal and professional life at the end, and so till now we don’t have any information regarding her social media handles. However, if we get to know about it, then we update about the same.

Kara Jackson hasn’t revealed how much she earns and how much net worth does she have, however, having a look at her works, at a very young age, she has achieved and also, through her works she might have collected a huge amount of savings. Later on, if any details would get uploaded, then we will update.